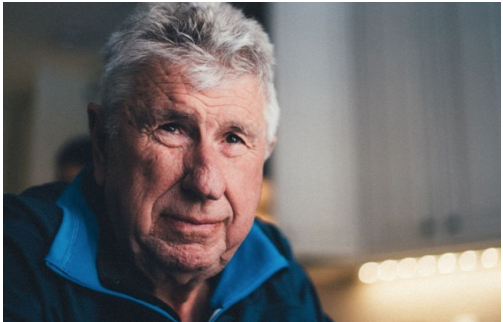 PACIFIC STANDARD-Many labels come with stereotypes attached, and applying them can influence how a specific individual is viewed, and treated. While these harmful labels are often based on race or religion, new research identifies a different large group of Americans who are surprisingly subject to being stigmatized: Baby Boomers.

Positive and negative stereotypes about both older workers and Baby Boomers are very common," writes a research team led by psychologist Cody Cox of St. Mary's University. "These stereotypes do not entirely overlap."

These findings suggest negative assumptions about Baby Boomers may be stronger than those aimed at older people in general. Alternatively, it's possible that our knowledge that age discrimination is unfair and illegal is more easily ignored when the person in question is identified by generation rather than age.

The study, published in the Journal of Applied Social Psychology, featured 304 management students -- men and women in their 20s and 30s. They were asked to read and respond to a series of scenarios.

In the first, they evaluated a potential candidate for a marketing position. In the second, they did the same "for an 'IT Generalist' position, drawing on the stereotype that older [people] and Baby Boomers are not proficient with technology. The third scenario focused on the stereotype that older employees are not able to learn new skills. We asked participants about potentially retraining or terminating an employee -- either an 'older employee' or a 'Baby Boomer' -- whose skills had become obsolete."

Finally, "to explore interpersonal discrimination, we included a scenario in which participants had been asked to consider disciplining an employee who made an embarrassing joke about another employee."

The person who was the butt of the joke was described as either "older" or a "Baby Boomer." Participants reported their feelings regarding whether the joke-teller should be disciplined.

The results: "In all four of the scenarios, targets described as 'older employees' were viewed more positively -- that is, more likely to be hired and defended -- than targets described as 'Baby Boomers,'" the researchers report. "Our findings suggest that using the term 'Baby Boomer' rather than 'older employee' led potential employers to be less likely to defend, somewhat less likely to hire, and more likely to fire employees."

"These results suggest that generational labels are not merely uninformed or overstated," Cox and his colleagues conclude. "They are potentially detrimental for older workers." They argue that making broad assumptions about generational cohorts "may lead employees to treat older workers differently without realizing (they are doing so)."

You can stop that smirking right now, Generation Xers. In a few years, the same thing will be happening to you.

(Tom Jacobs is the senior staff writer of Pacific Standard where this was first posted. He specializes in social science, culture, and learning.) Prepped for CityWatch by Linda Abrams.