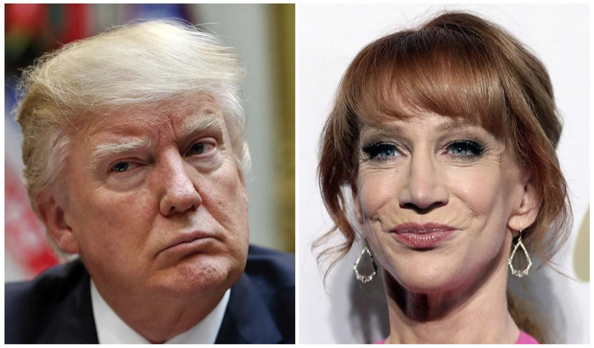 THE COHEN COLUMN-A week or so ago we threw out the idea that someone should be selling Impeach Trump & Lock Him Up popcorn, all in a classic, bold red striped, scoop style popcorn box, seeing as how we are in for a series of must-watch investigative hearings on the Trump/Russian criminal conspiracy.

Facetious as that may be of course, there is no question that Trump is going down, just as we predicted a couple weeks ago, even before there was a special counsel.

Special Counsel Robert S. Mueller’s investigation is expanding so fast that Rod J. Rosenstein, the guy who appointed him, has been put on notice that Rosenstein himself may already be a person of interest.

We're in for the investigative hearing show of a lifetime. And we've already had a preview of the first coming attraction, where former FBI director James Comey, the guy who always tells the truth, nails
Trump, the guy who lies incessantly for a living, to the wall.

What better watching accessory for completing an “Impeach Trump Party“ with your friends than having popcorn, buttered or plain…and maybe jujubes?

Now, what about Kathy Griffin?

A couple days ago there was hysteria surrounding Kathy Griffin, as if she was the ultimate villain, the new “hate all liberals go to punching bag.” And we did not know what it was all about.

We have now seen the photo in question, uncensored.

Does it look like Donald Trump? Not much. From all the rabid fervor we were expecting an accurate and definitive likeness.

Is it tasteless? Yes, sure but is it more tasteless than the current resident of the White House? Not even close to the tastelessness of a man who has made his bones maliciously attacking and denigrating other people, and especially beating up on women, which is exactly as he is doing now, yet again.

And that was Griffin's artistic point -- and a powerful point it was. Her sin, if any, was that it was not funny and she is supposed to be a comedian.

A secret service investigation? Are you kidding us? This farce is just a measure of the desperation of a doomed egotistical Trump and his alt-right echo canyon, trying to deflect attention away from his own atrocities.

But no genuinely tearful, pleading apology is ever enough for the man who has more to apologize for than anyone, and who has never apologized for anything, not even one time.

Perhaps the thing Trump needs to apologize for the most is drumming up almost unprecedented hatred in American politics, including literal calls for violence. Griffin did no such thing, it was just Griffin being Griffin.

But egged on by the ringmaster of hate, Griffin is being relentlessly bombarded with real death threats from the same people who were running around in their "Rope, Tree, Obama" t-shirts not long ago, and probably still are. That's what ought to be investigated and prosecuted, the actual criminal death threats, not her little photo.

Seriously, how pathetically hypocritical and demented does it have to get?

This is pogrom 2.0, the new electronic lynching. They are hell bent on destroying Griffin's life, and if that's not a crime, it ought to be. A two-minute hate rant is not enough; this is relentless, constant
never-ending hate.

Trump has personally validated this hatred and such palpable threats of actual violence. He authorizes it. “Hate the whole rest of the world” is the message when he tells his vengeance-bent followers that other countries are laughing at us.

Historical flashback: When President George W. Bush urged restraint after 911 by calling for a war on Islamic extremists not on Islam, hate crimes went down:

“Some of the comments that have been uttered about Islam do not reflect the sentiments of my government or the sentiments of most Americans. Islam, as practiced by the vast majority of people, is a peaceful religion, a religion that respects others. Ours is a country based upon tolerance and we welcome people of all faiths in America."

When the so-called President-for-All-America Trump talks publicly, hate crimes against Muslims and other minorities go up.

For our part, we will keep it infallibly tasteful. Satire we will validate all day and night long.

Enjoy your (not included) popcorn!