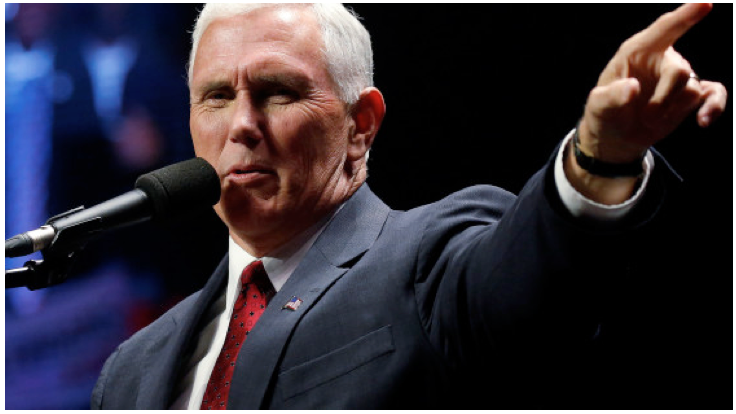 VOICES--One of the many compelling arguments for having Hillary Clinton pick Bernie Sanders as her VP running mate (at least what should have been an argument from her standpoint,) was that it would have dampened enthusiasm for impeaching her in the future -- a kind of impeachment insurance. Elizabeth Warren would have accomplished much the same thing.

The current dynamic with Donald Trump is quite the opposite. If Trump were impeached, Pence is next in line, and the Republicans can live with that big time.

At the moment, the Republicans see Pence as a kind of chaperone, which is why they are so upset that Pence was apparently out of the loop and last to know that Michael Flynn was lying about his conversations with the Russian ambassador. Since Trump knows so little about either foreign or domestic policy, they figured they could control the White House through Pence, Dick Cheney style.

But if that's not happening, all bets on standing behind Trump are off.

Lots of people on the left are already screaming "Impeach, impeach!" And there may already be strong grounds for it. But has anybody actually thought this through?

Most Republicans are officially disinterested in a dedicated Trump investigation. They don't have to be. As we pointed out yesterday the press is highly motivated (understatement?) to dig up something. Dark forces within the CIA and NSA infrastructure may even hand it to them on a platinum platter, and we'll talk more about that tomorrow.

However it comes to them, if they dig up something big, and a scandal is exploding around Trump's ears, have no doubt that even the Republicans will be saying, "Sorry, Donald, you gots to go," in a hot Washington political minute.

They are not married to Trump. At best this was an affair of convenience for them. As long as the rubes would turn out and vote for him they would go along with it, grumbling caveats and all, while allowing them to benefit in their down ticket races. But if Trump goes down, we'd get the same Supreme Court picks from Pence, or worse, the same extreme right wing policies…or worse, with Paul Ryan next in line after that.

Trump's Achilles heel is his pathological lying. If he's going to survive at all, he's got to stop lying about anything and everything. Frankly, lying is so dyed in the wool with him we are skeptical he is even capable of stopping it.

His lies are so blatant, and so easily debunked, it has to catch up to him. Friday he boldly proclaimed at his press conference that his election represented the biggest Electoral College margin since Reagan. There wasn't a reporter in the room who did not know the actual numbers there.