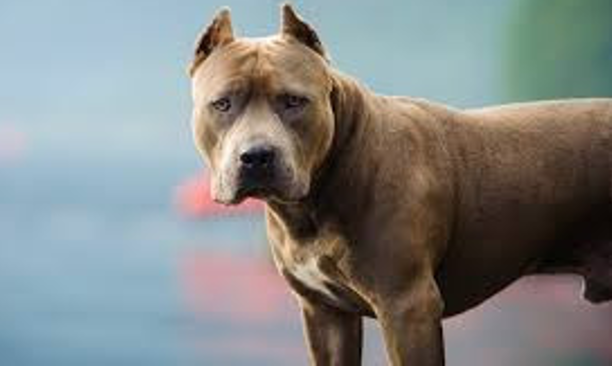 ANIMAL WATCH-Dog fighting operations and seizure of Pit Bulls is reported all over the U.S. by major news sources, ignored or diminished by the major humane organizations--

Best Friends Animal Society, ASPCA and The Humane Society of the U.S.(HSUS) -- as they promote the adoption of surrendered Pit Bulls with known histories of aggression and, in many cases, absolutely no knowledge of their genetic history, past behavior or training.

The result is an alarming and inexcusable increase in attacks on children, adults, and other animals in communities all over the nation, amidst continued insistence by “rescues” that these dogs can be rehabilitated and retrained into wonderful pets.

Dog fighting in the U.S. and the traditional selective breeding of “game” Pit Bulls to kill or fight to the death has been increasingly ignored or diminished by animal shelters and activists as a criminal activity since Best Friends Animal Society took 22 of the Michael Vick dogs (for $18,275 each) and subsequently took focus away from stopping this brutal and atavistic bloodsport, diverting it to the seductive and lucrative tax-exempt business called “rescue.” (See: Best Friends Animal Society - from Pit Bulls and ‘No Kill’ to Real Estate Mogul)

First, let’s note that we should all be sorry that Pit Bulls (or any dogs) are used for organized fighting, and we must feel compassion for any animal exploited in an activity that depends upon killing or maiming an opponent to avoid being killed.

Still, dogs bred for fighting are not pets. The importance of genetics cannot be denied unless we plan to shut down the AKC -- which is the nation’s largest and most reliable insurer of bloodlines and the refinement of genetic traits by breeding because they know offspring will carry the traits of the parents.

So, why are we told by the “experts” in non-profit animal welfare/rescue organizations and animal shelters that genetics and past behavior don’t really matter in Pit Bulls? 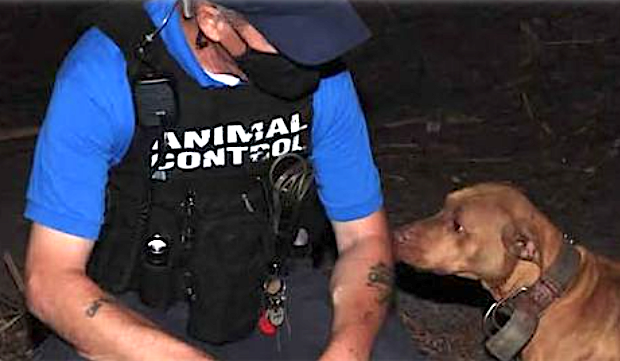 On March 17, 2021, WBDO News, reported that three men -- two in their 50’s and one 33-years old -- are facing animal cruelty and other charges in Daytona Beach for 42 Pit Bulls living in squalid conditions.

The investigation discovered 42 Pit Bulls, 18 of which were puppies apparently being bred for fighting, were found in deplorable conditions and many had wounds that appeared to be from recent fights, along with drugs and supplements and other implements that are indicative of an organized dog-fighting operation.

The article reports the dogs and puppies were “rescued,” according to the Orlando Sentinel.

(Is that to make us all feel better and relieve our dismay about the horrendous years/months these animals were kept in deplorable physical condition and living frightful lives in small cages caked with feces and no fresh water or food and suffered from wounds? Does it make us feel they — or neighbors or adopters -- will be safe in the future?)

Police said that the “dogs’ collars were so tight, they had to be cut off,” according to the Sentinel, which also explained that a court hearing will determine if the dogs will be returned to the men or awarded to the police, in which case “they would be signed over” to the Halifax Humane Society in the hopes some could be adopted out in the future.

Then on April 5, the Sentinel did a follow-up, “Due to concerns about their origins and observed subsequent behaviors, HHS won’t be adopting most of these dogs to the general public,” the director said in a statement. “We want to place the dogs with an organization that has experience with dogs that were bred for and trained for fighting and know how to care and help these animals,” he said.”

In other words, the director is admitting that the dogs are genetically unpredictable; and/or dangerous; and, even in a friendly environment, are exhibiting dangerous. behavior. Yet, they will be placed with “rescuers,” who can place them in “foster care” in any unsuspecting residential neighborhood and adopt them out to the public. Will they honestly tell potential adopters that these dogs are bred to kill? Or will the dogs be kept in cages, unsocialized, for the rest of their lives?

“The Humane Society of the United States is partnering with the Halifax Humane Society to evaluate the dogs’ temperaments and help place them through a shelter network,” he told the Sentinel.

On June 5, 2021, the Rockingham County Sheriff’s Office reported 35 chained Pit Bulls were taken from a home in Madison, NC, and one man charged, after a tip from a phone call from Canada prompted officers to go to the location. The caller said they saw ads for dogfighting online, WFMYNews2 reported.

Many of the dogs have scars or broken bones and other injuries consistent with dog fighting and maltreatment, investigators reported, including one dog who had 3 BB pellets under its skin. The Sheriff's Office said the animals were being trained to fight other dogs.

"Dogfighting, once they instill that kind of temperament into the animal, it takes forever and sometimes it may never come out of the animal," says Herb Moniz, who runs Carolina Veterinary Assistance and Adoption Group, a private shelter in Reidsville, where eight of the dogs up for adoption -- to find love and a home. He said safety must always be the first priority for pets and people.

He also told WFMY "The people at Rockingham County Animal Shelter are great people and the last thing they want to do is euthanize any of these animals."

Is he speaking for the people who may become victims of dangerous dogs or projecting the shelter’s fear that donations will be lost?

On April 30, 2021, U.S. News reported that according to court documents obtained by the Richmond Times-Dispatch the FBI is seeking the forfeiture of 19 Pit Bulls seized in an investigation of a multistate narcotics and dog fighting network.

“Federal officials are formally asking the court to terminate the unidentified suspects' rights to 19 of the 41 dogs recovered, many chained to trees and ground anchors and suffering from wounds, broken teeth and serious medical issues. according to a complaint for forfeiture filed Monday,” the report states.

The dogs are in the custody of the U.S. Marshals Service and being cared for by a contractor, officials said. Authorities also reported finding paraphernalia and drugs indicative of organized dog fighting.

On May 18, 2021, Warren, OH, police report finding an “elaborate dog-fighting operation according to WKBN. The discovery occurred while serving a warrant after a months-long drug investigation, and the suspect is now being held in the Trumbull County Jail on a previous parole violation.

Lt. Greg Hoso said it is one of the most elaborate setups that he has seen in his 26 years as an investigator. He said they found drugs, cash, and guns, plus evidence dogs were being trained and fought at the property.

Seven dogs were found on the property, most of them males, under two years of age -- which is the minimum age where they are usually fought.

“There is, unfortunately, a decent amount of dog fighting that happens in the Trumbull County area,” said Lori Shandor, CEO of Animal Welfare League of Trumbull County. “It’s such a terrible situation. Fortunately, these animals are young, and they can hopefully be worked with and rehabilitated,” she told WKBN.

34 Pit Bulls - Seized In Ga, Being Trained for Dog Fighting

Thirty-five dogs -- 34 of which were pit bulls -- being raised and trained for fighting purposes, according to law-enforcement officials, were seized May 7, 2021, from a residence in one of the county’s worst-ever cases of animal cruelty, reports AliveQuote.com.

A husband and wife, both 37-years-old, were taking into custody by the Screven County Sheriff’s Office, with the assistance of Screven County Animal Control. The total of 35 dogs were in various stages of health. “Felony animal cruelty charges will be forthcoming,” the Sheriff’s Department said.

“Deputies found 23 dogs in the 9000 block of Portland Ave E just before 5 p.m. Wednesday. One of the dogs is receiving emergency medical treatment,” authorities reported on May 4, 2021.

Eighty-four dogs had been seized at this location on prior occasions, which brought the total to 107.

The suspect, Elmer James Givens Jr., 41, was arrested and booked into the Pierce County Jail. He's facing 75 charges of animal cruelty and animal fighting. Investigators “found paraphernalia associated with dogfighting and breeding at the home, including medications, syringes, first-aid supplies and training tools,” according to the report.

CALLING OUT HUMANE GROUPS FOR INACTION

By releasing these dogs with fighting-dog genetics into society, “humane” groups are knowingly putting a gun in the hands of those who are unaware and those who inherently want to -- or don’t care about -- hurting others.

The statistics of maulings and deaths taken from actual media reports (which are few compared to the actual number of attacks on humans and other animals) on Dogsbite.org and National Pit Bull Victim Awareness tell the reality of a dog not intended for social interaction with humans or other animals.

Other breeds that demonstrate fatal aggression were also bred for guarding or herding, and their attacks are often spurred by territoriality. That is not true of Pit Bulls. They will attack just because a human or animal appears -- even when there is no logical threat to them.

Best Friends, on its Vicktory dogs blog by now-Executive Director Julie Castle takes credit for the organization assuring “second-chance” fighting dogs are made available for adoption in a post titled, “Changing the negative stigma around former fighting dogs.” She writes, “The role that they played in changing perceptions and in changing laws cannot be over-emphasized.”

Sadly, it has been discovered that some who “rescue” dogs after dog-fighting busts recycle them back into the “game.”

The first thing we can do to end organized dog fighting and stop attacks on innocent adopters and other victims (human and animal) is to humanely euthanize dogs that have been bred for blood sports, and those who have shown they are unpredictable, dangerous or have harmed or killed.

Humane euthanasia is painless and prevents the alternatives of being forced back into “the game,” a life of isolation because they are unpredictable, or the harm they cause and possible harm to them when their natural tendencies cause an incident. This is especially true of Pit Bulls taken from the growing number of dog fighting operations where they are bred for that purpose.