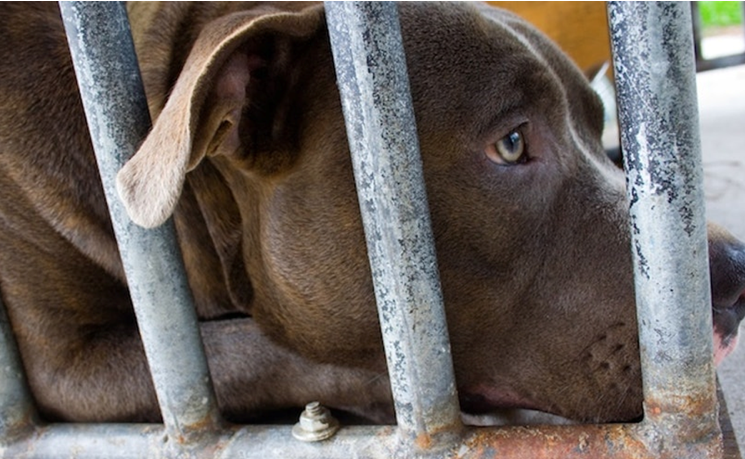 ANIMAL WATCH-Shortly after being appointed Los Angeles Animal Services General Manager in 2010,  Brenda Barnette insisted that the City Council grant a 'rent-free' contract for sole usage of the city's newest animal shelter to Best Friends Animal Society to create a "No Kill" City.

The location has served as a Best Friends' LA adoption and marketing center since that time.

Until the 2008 bust of a major dog-fighting ring at Atlanta Falcons quarterback Michael Vick's "Bad Newz Kennels," many people were only vaguely aware of Best Friends Animal Society (the former Process Church of the Final Judgment) and it would probably have remained a relatively unknown secluded Utah animal sanctuary seeking donations in the shadow of The Humane Society of the U.S. and the ASPCA.

But for Best Friends, the opportunity to take 22 of these "underdogs," was a unique opportunity for media exposure and fundraising.

Best Friends received some of Michael Vick's pit bulls -- 21 "sanctuary" dogs deemed too unstable for adoption. The group believes that pit bulls seized in dogfighting raids can be rehabilitated and adopted out as pets. DogsBite.org believes this policy is dangerous and irresponsible."

Best Friends has shamelessly capitalized on Vick's dogs. Each dog also came with a $18,275 dowry, as part of the sentence deal worked out with Michael Vick. The sizable press campaign around the "Vicktory" dogs has undoubtedly brought in substantial donations and Best Friends has cashed in on the fanfare. Yet months before acquiring Vick's dogs, Best Friends refused to take in 40-plus pit bulls seized in their own state from a hoarder.

Best Friends can barely bring itself to admit that dogs -- especially Pit Bulls -- bite, let alone that they maul and kill humans and pets without provocation--incidents that are now becoming a worldwide epidemic. (See: Pit Bull Attack Epidemic Spreads Worldwide).

But it now advises "How to Manage a Dog Willing to Bite, "and states that behaviors labeled as "aggressive" typically occur because the dog is afraid. Best Friends further explains, "There are various tools and techniques that can help dogs who are currently exhibiting dangerous behavior." (Emph. added.)

However, at the end of the article written by Best Friends' own behaviorist, Sherry Woodard, there is a Disclaimer which describes that if you use the suggested techniques, you do so at your own risk and Best Friends is not responsible for any resultant injuries. (Read Best Friends exact statement here.)

MOST PEOPLE WANT A PET, NOT A ‘MANAGEMENT PROBLEM’

Any organization that does not inform adopters/owners of dogs that are considered "dangerous" that it may be necessary to euthanize the animal in order to protect children, adults and other pets/animals from injury or death, is--in the opinion of many, including rescuers -- acting irresponsibly. It is especially concerning when any organization waives responsibility for its own recommendations.

The name changes of the organization on the Louisiana Secretary of State website, state it was last changed on 8/12/1993 to Best Friends Animal Sanctuary."

A 2011 article, Best Friends of Utah: The Process Church of the Final Judgment to Animal Society, describes how, "In 1984, an obscure canyon just north of Kanab, Utah, became the home of Best Friends Animal Sanctuary. The 3,700 acres purchased by Best Friends was later extended into an additional 33,000 acres leased from the federal Bureau of Land Management.

IN 2011 - "The Best Friends' website advises that about 1,700 dogs, cats and other animals live there, some awaiting adoption and some that will spend the rest of their lives. Best Friends describes itself as “. . .the nation’s largest no-kill safe haven for displaced, homeless or unwanted domestic animals.”

GuideStar records at that time showed Best Friends' income at almost $44 million in 2009 and net assets near $38 million.

IN 2020 - The Best Friends website states that the Sanctuary is "the home-between-homes for about 1,600 rescued animals, including assorted wildlife on any given day." (Thus, the number of animals has decreased.)

Overall Rating 81.92. And it noted Best Friends has some interesting Executive Positions, including: A "Chief Experience Officer" who is paid $236,568 Annually.

An Increase of Lives Saved

According to an article on May 28, 2019, by Humane Watch, "Why Does Best Friends Animal Society Own Two Planes?", Best Friends listed on its IRS report that it owns two private planes, claiming they are used to charter air travel for its employees and to transport animals, but the report does not state how that airtime is divided.

This article also examines the "nepotism" resulting from the fact that six well-paid employees are related to board members or executives; for instance, "BFAS employs the board chair’s wife, son, and daughter in law. The total compensation for these individuals is close to $600,000." (Read more here.)

Note:  Charity Navigator gave Best Friends an 81.92 overall rating for 2018 and listed a notable annual salary of $236,568 for the "Chief Experience Officer."

At the Kane County Commissioners May 14, 2018, meeting a resolution was passed, approving the financing of acquisition, construction, equipping and furnishing buildings, fixtures and improvements for Best Friends Animal Society--issuance not to exceed $25,000,000, by the sale of industrial facilities and government revenue bonds. It was noted that this was a conduit bond and also that it can't be spent on land.

The minutes said that "Best Friends financial reports were done on revenue, not on property or real estate." (Best Friends Animal Sanctuary reportedly owns 3,700 acres, with an additional 33,000 acres leased from the United States Bureau of Land Management.)

Three members of the public objected or asked questions.  One said these types of bonds should be used for university studies and parks and should support the public and not just one entity.

In early November 2019, Best Friends announced the opening of the Best Friends Roadhouse and Mercantile in Kanab, UT -- a pet-centric hotel.

Room prices will range from $159 to $299, according to the LA Times. The Mercantile next door offers food, drinks, including beer and wine, and Best Friends-branded merchandise. Proceeds from the hotel and store will help fund the animal sanctuary’s campaigns, the report states.

Best Friends opened a pet-luxury 40-room hotel with a "soft opening" at the end of October, which it claims did not use any donor dollars to build.

Brooks Bradbury, Best Friends’ general manager of hospitality explained that the hotel was opened: “As an extension of Best Friends Animal Sanctuary and its tradition of warm hospitality. . .And in case you’re wondering, the hotel wasn’t built with donor dollars. It’s being financed through a bank loan that will be repaid from income generated by the Roadhouse itself. Funding won’t come from donor dollars or Best Friends’ operating budget."

"Thirty-six years after establishing its famed pet sanctuary outside Kanab, the nonprofit organization has mushroomed from “almost nothing” into a global brand with millions of members," Maffly notes as he discusses Best Friends Animal Society's success.  He reports that approximately 37,000 visitors come to the Angel Canyon animal sanctuary each year, which has benefited employment rates and local Kanab, Utah, enterprises.

However, many residents are now becoming suspicious of Best Friend's "animal-welfare mission and promotion of tourism."

He points out that Best Friends’ has recently acquired 1,637 acres of state trust lands that was the site of a proposed sand mine which was supported by County officials. One Council member described it as, ". . .the big company coming in and buying all the land like an environmentalist land baron."

In letter to Best Friends, Maffly reports, officials warned of "greater public alarm and distrust, which is already significant."

This refers back to the CityWatch article which noted there were allegations at the County meeting that Best Friends may be improperly using a county-backed “conduit bond” to fund the purchase." The letter also reportedly demanded cancellation of the sale or that Best Friends "make the land’s minerals available for extraction."

Best Friends disagrees and states that community use of the land would be allowed "as long as it doesn't harm the sanctuary."

This is a disagreement that may not be easily resolved.

Can the residents and officials of Kanab withstand the influence and money that Best Friends seems to have at its disposal?

And does Best Friends, a non-profit organization for over 30 years, have the outside resources to assure that the legal obligations of an expanding real estate empire--grown far beyond the basic mission of an animal sanctuary -- will not become donor funded?