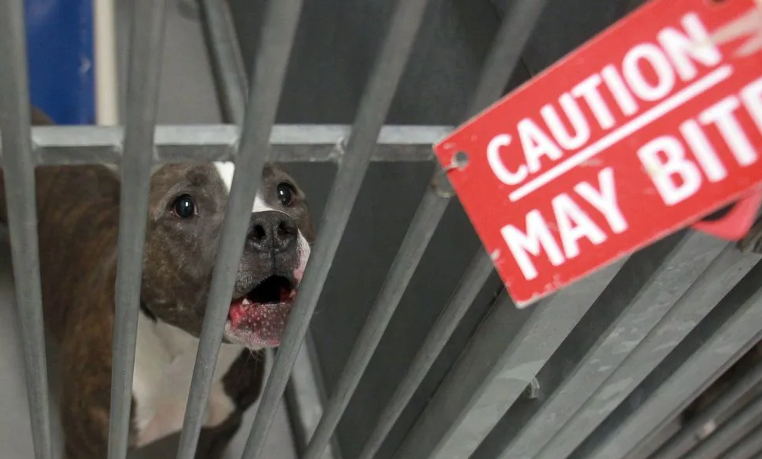 During the first nine months of 2020, there had already been 31 people killed by Pit Bulls in the United States and Canada – that is one person every 9 days. (This number has increased to 34 to date.)

October 26 is designated as National Pit Bull Victim Awareness Day in memory of those who have been injured or killed in senseless attacks, their grieving families, friends and neighbors, and to thank the vast network of emergency services providers responding to the scenes of these tragedies, according to a media release by the sponsors.

This year, a Zoom Conference  in honor of those who have lost their lives or been seriously injured and those who have suffered the loss of a family member aired on Facebook at 10:00 AM (Los Angeles time) and can be viewed here.

This event also involves an in-depth look at  the need for Breed Specific Legislation that will not necessarily ban the breed but establish responsibility by developing requirements for ownership and maintaining liability insurance. Too often the owner of the pit bull (a breed not covered by many insurance companies)  has no insurance to cover the expenses of the victim. and the victim may be unable to pay for the expensive reconstructive and other surgery needed to attempt to restore his or her life.  .

Responsible Citizens for Public Safety provides an excellent overview of statements by physicians and medical specialists who treat the victims, including Dr. David A. Billmore, MD, who emphasizes, "The problems with dog bites are very breed specific."  (See: Doctors are now calling pit bulls a "public health crisis"

YOU OR SOMEONE YOU LOVE COULD BE NEXT

If you are not a victim, the sad truth is that you could be -- at the most unexpected moment. No one expects a Pit Bull to attack them--neither a strange dog while you are walking on a street or getting out of your car, nor a pet you trust. Regardless of age or gender of the victim, a severe dog attack -- especially by a breed which grabs, holds and shakes to inflict the maximum damage -- changes his/her  life forever and, increasingly, ends it.

One of the Los Angeles Animal Services Commissioners  has openly discussed owning a very aggressive pit bull, which he loves dearly but  keeps carefully confined. During dangerous dog hearings he has chastised owners for not 'controlling their dog.' But at a recent meeting he referred  to the breeds' unpredictability and admitted that his pit bull bit him after many years together.

The truth is that attacks are increasing worldwide, and the National Pit Bull Victims' Awareness panel of experts reveals that the largest segment of deaths and debilitating attacks increasingly is by adopted or fostered dogs, or pit bulls that have grown up in the family.

If you or someone you know is suffering the physical damage and traumatic aftermath and fear which results from a Pit Bull attack, you/they are not alone.  These non-profit organizations urge you to reach out and find support from others who have suffered the same brutal damage to their lives.

National Pit Bull Victims Awareness provides a list of detailed instructions of what to do IF YOU ARE ATTACKED.

--16 people were killed by their own family Pit Bulls

--Pit bulls killed 8 children under two years old, including an infant sleeping in a playpen.

In addition, thousands of people have been severely disfigured, dismembered and disabled for life, often by a Pit Bull whose owner has no insurance and seeks to avoid responsibility.

SEARCHABLE DATA BASES - SEE THE REPORTS FOR YOURSELF

National Pit Bull Victim Awareness (NPBVA) advocates for more than 70 organizations and social media groups in the United States and Canada, including memorial and support pages for victims of pit bull attacks.

The NPBVA website provides interactive maps and a searchable database of 6000 pit bull attacks reported by the media in the past 5 years.

SEARCH PIT BULL ATTACKS IN YOUR STATE OR PROVINCE

PIT BULLS KILL THOUSAND OF PETS AND OTHER ANIMALS

This tragedy extends to  thousands of animals who are  beloved companion pets--cats sleeping on their own porch or dogs playing in their own fenced yard, and a large number of happy dogs on-leash and out for a walk with a caring owner or family. Farm animals are also frequent targets.

WHAT ARE  MAJOR ANIMAL ORGANIZATIONS IN THE U.S. DOING TO ASSURE SAFETY?

Rather than acknowledging that any breed of dog which disproportionately harms humans (and kills  other than in defense) or which attacks innocent pets is a threat to society, second or third chances are encouraged by the three major "humane" organizations in the United States -- Best Friends Animal Society, ASPCA and HSUS.

And many animal shelters are now being funded and issued grants by these multi-billion-dollar conglomerates, which influences private or municipal activities and policies.  (See: Pit Bull Adopted by HSUS Official Fatally Mauls Woman, 95 - Brutal Attack or 'Freak Accident'?) [

Dogsbite.org warns in a Special Report, "125 Behavior Terms for Shelter Dogs that Mask Aggression":  Since 2016, we have been collecting shelter terms that conceal aggression in dogs available for adoption. Some shelters will sedate dogs to mask their behavior too. Learn how to identify high-risk behaviors hidden in these terms."

The ASPCA, American Society for the Prevention of Cruelty to Animals, (which encourages adoptions of pit bulls from shelters and “rescuers”) posted on October 22, "Smiling Our Way into National Pit Bull Awareness Day | ASPCA and assures  ". . .adopting a pit bull could make your dreams come true."

There was a time not long ago when, if any dog bit, especially a child, or killed someone's pet or livestock, it was euthanized by a responsible decision of the owner, who realized that whatever the breed and for whatever reason -- the dog could not be trusted.

WHO INFLUENCES LAWS ON THIS ISSUE?

Dogsbite.org founder and President Colleen Lynn states, "The public maulings persist because many local lawmakers and state legislators refuse to act. Instead, they remain silent and tolerate barbaric attacks by these known dangerous dog breeds. The CDC tolerates them too, the “nation’s health protection agency.” Over 450 Americans have been brutally killed by pit bulls since the CDC stopped collecting breed data for fatal dog attacks in 1998."

Los Angeles attorney Kenneth M. Phllips, one of the nation's foremost experts on dog-bite law, states that his first pit bull attack client ended up with a horribly deformed and scarred leg because she lost so much tissue--which the owner of the pit bull had immediately washed down a street drain with a water hose to destroy the evidence, rather than calling 911.

"Thirty years later, after studying thousands of pit bull attacks, cross-examining their owners under oath, helping to put some of those owners in jail for hurting innocent strangers or neighbors, I still cannot understand why anyone would take the unreasonable risk of owning a pit bull."

The 2020 National Pit Bull Victim Awareness Zoom Conference is an important and educational event, which is filled with undeniable facts and figures by experts who have in-depth knowledge and articulate this issue  with the foresight of tragedies that will increase unless the public, lawmakers and the media realize this is not just a few isolated incidents. (See it here or on YouTube or go to the sites of the participants.)

Below is the list of victims who have lost their lives: