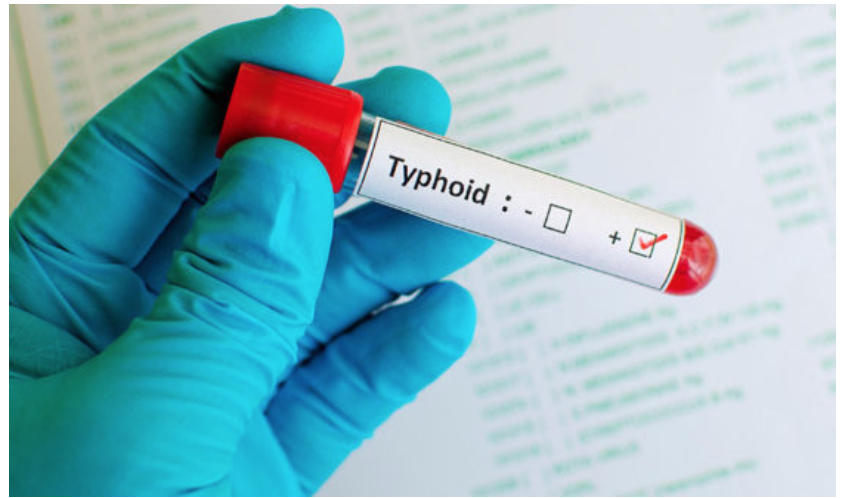 ANIMAL WATCH-Mayor Eric Garcetti's approval of an $800,000 expenditure of tax funds -- requested by Councilman Paul Koretz and L.A. Animal Services GM Brenda Barnette -- for the City to produce an environmental report (EIR) indicating there will be no negative impact from releasing thousands of feral cats through trap/neuter/release (TNR) programs in LA may come back to bite him in other politically sensitive areas--public health, homelessness, and an outbreak of typhus.

WHAT TOOK THE MAYOR SO LONG TO RESPOND?

On October 5, NBC News reported that, since July, there had been 9 reported cases of typhus in the city of Los Angeles, which qualifies as an outbreak.

Finally, this week the City issued an EmpowerLA.org letter to "All City,"  downplaying the seriousness of this rapid spread of disease in downtown LA, and explaining that, "The cases identified in LA number only 10 but are being described as an “outbreak” due to their geographic concentration. It also advises, "Flea-borne Typhus is a disease that fleas can spread to humans. Typhus can infect fleas on rodents and stray animals such as cats and opossums."

It is unlikely that many constituents, other than Neighborhood Council members and City officials received this notice, which is not signed by the Mayor.

And, where is Mayor Garcetti when we need him? CNN headlines on Sunday report he appeared on "State of the Union."

Flea-borne typhus is not a nationally reportable condition, so the number of cases occurring in the U.S. is unknown. Cases primarily occur in Texas, Hawaii, and California where typhus is endemic (regularly occurs.) Providers and laboratories are mandated to report suspect cases to their local public health departments in these places. The majority of California’s cases occur in Los Angeles County.  In 2014, of the 51 cases reported in California; 44 (86%) were LA County residents.

On October 5, LA County Public Health officials announced in a statement that a typhus outbreak in Los Angeles County has reached "epidemic levels" in Los Angeles' neighboring city of Pasadena, where 20 cases have been reported, most occurring since July. Five reported cases are considered normal.

And, the City of Long Beach has reported 12 identified cases so far in 2018, which is double the average number. Long Beach officials reported on Oct. 10 that several other cases are now under investigation.

"All of the cases have a history of living or working in the downtown Los Angeles area," an LA County health spokeswoman told NBC News.

Some experts believe this affirms the connection to the squalor in which LA's homeless population live on the streets of Los Angeles -- conditions they claim Mayor Garcetti and city officials are ignoring.

LONG BEACH TO PASADENA VIA LA

ROME2RIO'S shows the following low-cost public transportation from downtown L.A. Could there be a connection with the path of the outbreak?

HOW BAD IS IT?

The recent typhus outbreak downtown represents about 15 percent of the 59 cases identified by Los Angeles County’s Department of Public Health this year, according to County Supervisor Katherine Barger.

Six of the nine downtown cases were contracted by homeless individuals and all nine were hospitalized for treatment, according to the Department of Public Health.

The county total reflects an upward trend over at least the last three years, with 67 cases reported for the full year 2017. That does not include cases in Long Beach or Pasadena.

The official source of the outbreak is identified as fleas from feral cats, domestic pets (cats and dogs living with the homeless) and wild animals (opossums, rats and raccoons), which seek an easy food source -- including garbage or cat food provided for outdoor cats. But, typhus can affect you if you even walk your pet in these areas and the fleas leave with you. Several cases were attributed to humans sleeping with their pet dog or cat.

Typhus in humans can cause high fever, chills, headache and rash and, if not treated with antibiotics, can also lead to hospitalization and, in rare cases, death.

The best way to control the fleas is to control the animals that spread them, Supervisor Barger said. The disease is not transmitted person-to-person, according to County health officials.

In addition to avoiding contact and keeping fleas off house pets, residents should keep garbage cans tightly covered to discourage all wild and stray animals.

ARE WE ALL IN DANGER?

There is no vaccine for Typhus. Instead, the California Department of Public Health says "the key to preventing flea-borne typhus is to avoid direct contact with fleas," which, I'm sure, most of us try to do. "Infection happens when the feces from infected fleas are rubbed into cuts or scrapes in the skin or rubbed into the eyes," the County health department states on its website.

So, the grungy description is that the fleas can poop on you and then bite you and deposit the infectious feces in your bloodstream.

MEGHAN DAUM, LA TIMES WRITER - "BACK FROM THE BRINK"

Dec 2, 2010 - (Read the first part of Meghan Daum's medical odyssey.) The diagnosis that finally emerged was murine typhus, or Rickettsia typhi... She thought she just had a run-of-the-mill virus. After 11 days in the hospital, a haze of tubes and tests, she now knows better. November 25, 2010, Meghan Daum.

Meghan Daum begins, "You may have noticed that I've had ‘the day off’ for the last three weeks. . .I was actually in the hospital for 11 days, four of which I was intubated and sedated in the intensive care unit. I received two platelet transfusions, one blood transfusion, a spinal tap, three EEGs, three MRIs, two CT scans and round-the-clock infusions of four kinds of antibiotics..."

This publication by Researchgate.Net should be read by anyone concerned about typhus in Los Angeles. I have extracted just a few thoughts that may help explain the issue of feral cats and trap/neuter/return programs, which merely places altered cats back in the streets to fend for themselves and be victims of flea infestation. The food left by kind-hearted "feeders" also attracts rats, mice, opossums, raccoon, insects and coyotes. This well-researched paper provides some answers, provokes thought, and encourages more study.

It explains that, due to overcrowding and euthanasia at animal shelters, in 1998 the state passed the Hayden Act (SB 1785) that changed the laws regarding companion animals and sheltering hold times (among other things.)

Under the previous law, unwanted cats (or dogs) impounded by public shelters could be euthanized after 72 hours. Hayden Act expanded this minimum impound time to six days and mandated impounded, unclaimed animals to be released to "rescue" and adoption organizations, this included feral cats. However, the financial appropriation to support this extra cost was not provided.

"Some of the 'no-kill"; policies that evolved were sterilization of feral animals that included “trap-neuter-return” (also known as TNR), rehabilitation, and relocation of all outdoor and feral animals.

This "No Kill" policy is still touted by Mayor Garcetti, possibly because it is favored by major humane groups which claim to represent thousands of members---and potentially influence their votes.

On October 10, the Press Reader announced that Mayor Garcetti is committing a paltry $300,000 to "clean up" several downtown locations which harbor homeless encampments.  (Didn't we hear this in 2015 and in 2017? Homeless to clean trash from LA streets, if city council gets way – "Nov 2, 2017 - The Clean Streets LA Initiative, launched 2015 by Mayor Garcetti, was designed to tackle the city's persistent issues with waste management."

Compared to $800,000 (recently increased to $1.3 million) approved by Garcetti for a report justifying dumping thousands of feral cats in the streets, when they are (according to County officials) the main hosts for the fleas which spread typhus, this is a losing battle for everyone, including the animals. It just plain makes NO sense, especially from a man who wants to be President of the United States.