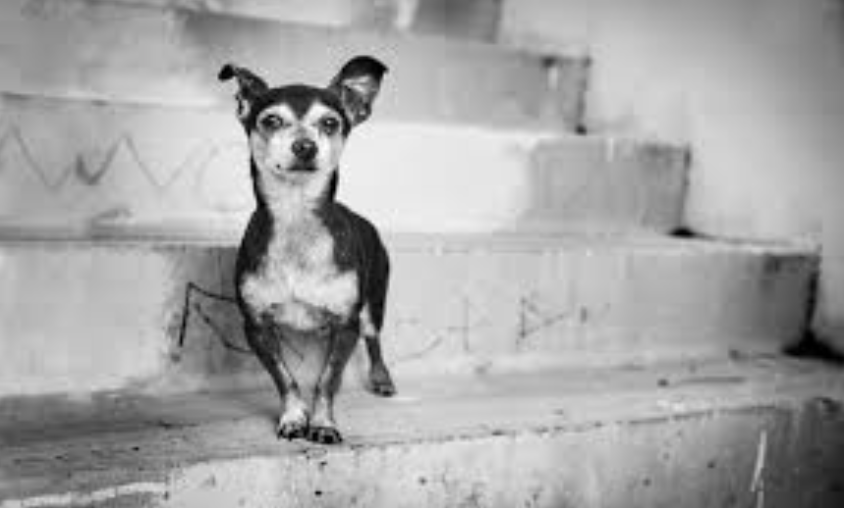 GM Brenda Barnette reported to the LA Animal Services Commission on October 9 that the incident was tragic but “it is not our case. It is being handled by LAPD." She did not indicate that a dangerous animal hearing would be conducted.

The mauling by the family’s pet occurred in the 22600 block of Clarendon Street around 12:45 p.m. The baby’s mother and a 2-year-old sibling were in the home asleep in the bedroom and the infant was asleep in a car seat, according to ABC7 News.

LAPD advised that the baby was rushed to the hospital in critical condition with facial injuries and broken bones but is expected to survive, and that Child Protective Services had been called.

The Pit Bull was reportedly secured in the backyard behind a gate.  However, the mother told officers that a knock on the front door agitated the dog. It then broke into the house and got into the room with the children and began barking. The barking woke the baby and caused him to cry. The Pit Bull then attacked the infant and also bit the mother as she tried to get between them, the report said.

In an update on October 2, Los Angeles Animal Services’ spokesperson Ashley Rodriguez told the L.A. Times that Animal Control Officers responded to the home Monday to investigate and took the Pit Bull to the West Valley Animal Shelter, where it was impounded. She said the dog would be quarantined for about ten days “to confirm that the canine is healthy and does not have any diseases that could be transmitted to the infant."

"After that, the dog will be returned to its owner," Rodriguez told the Times.

A lawsuit filed in L.A. Superior Court on September 17, 2018, (BC722513) names Best Friends, aka No Kill Los Angeles (NKLA), Erin Olsen and Gina Goldberg as defendants, stating that they were the owners of a white and beige pit bull dog "possessed with vicious and dangerous propensities and inclined to bite people."

The Plaintiffs claim that the defendants, "negligently and carelessly permitted the DOG to viciously attack and bite Plaintiff on April 25, 2018, Plaintiff while she was walking on a public sidewalk.  Defendant, knew of the viciousness and dangerousness of the DOG and of its inclination, or reasonably should have known these facts.

May 7, 2018, An infant suffered serious injuries after she was mauled by a large pit bull in her backyard in the Logan Heights neighborhood. An older sister said the infant suffered a fractured skull, puncture wounds to her head, eye injuries and a broken nose.The “He tried to kill her, and if it wasn't for the dog owner putting his hand into the dog's mouth, he probably would have,” said the baby’s older sister. The dog owner said the behavior was "out of character" for the dog, NBC7 reported.

Aug 5, 2018 - An 18-month-old girl suffered serious wounds to her face when she was mauled by her grandmother’s pit bull in Riverside, CA, reports MyNewsLA.com. The toddler was hospitalized, and may have also suffered an injury to one of her eyes in the attack.

The dog had attacked a child two years ago, and was released under strict conditions to its owner, the grandmother. This time, she ordered the dog to be euthanized, according to the report.

March 8, 2018 A 36-year-old mother brought her 2-month-old baby son to visit a friend in Elmont, NY, officials said. She rang the doorbell, and one of the friend's Pit Bulls--a four-year-old male--lunged at them, biting and causing severe lacerations to the woman's legs. The dog then attacked the baby, biting its head. "The mother has very serious wounds to her legs,” Det. Lebrun said. "And the baby had very, very serious wounds to the facial area and the cranium." Both dogs were impounded by animal control.

August 2, 2018  -  A 2-year-old boy was mauled to death by five pit bulls at his aunt’s house in Port Richmond. Some of the dogs charged responding police officers, who fired at the dogs to stop the attack, killing one and injuring two others, reported WPVI. But it was too late.

“The child was bleeding heavily. The child was unresponsive,” said Chief Inspector Scott Small of the Philadelphia Police Department, reported Philly.com.  “The child had serious injuries, severe injuries, to his head, face, torso, both arms and both legs,” Small said. His 23-year-old aunt was also injured while trying to protect the boy from the pack of dogs inside her home.

Oct 5, 2018 - Updated: Oct 08, 2018  (WFLA) - A 7-month-old baby girl is dead after a vicious dog bite in ... The family's dog, a pit bull mix named Lynnie, attacked the baby. ... Clearwater Fire Rescue came to the house shortly after 2 p.m. ... team to review this child's history with the child welfare system. NBC2 News later reported that a Clearwater police officer was the foster parent of the baby.

Update:  Oct 6, 2018 - ... parent caring for the 7-month-old who was fatally attacked by a pit bull mix, ... Clearwater police officer was foster parent of baby killed by dog

Cape Coral infant hospitalized after being bitten by family dog

October 9, 2018, An 8-month old boy is being treated at All Children’s Hospital after being bitten by a family dog at a home in Cape Coral on Monday afternoon, according to WINK News. Five years ago, the animal was rescued from an Illinois dog-fighting ring.

The grandmother of the child was outside but could see the baby through a glass door. The baby was in a walker in the kitchen.  The dog attacked the baby, pinning the toddler against a cabinet. The baby suffered a broken collar bone, along with several deep scratches to the face and near his eye. Cape Coral Police Department said the dog was very aggressive, and continuously barked at the officers, and had blood on it’s face.

May 7, 2018 - An infant suffered serious injuries Monday afternoon after she was mauled by a large pit bull in the Logan Heights neighborhood, according to ...

Mar 22, 2018 - A pit bull mauled a 3-year-old Wednesday in (Bakersfield, CA)North Edwards after the ... home was taken into protective custody by Child Protective Services.

May 30, 2018 - Baby girl, 9 months old, killed by pit bull while she sat in a bouncy chair. Miramar police say Liana, was killed by a 3 to 4-year-old pit bull who had lived with the family since it was a puppy.

Interactive map of news reports of pit bull attacks and deaths in 2018 (USA and Canada) by National Pit Bull Attack Victims Awareness.  Click on locations to bring up information about the attack, including a link to the original source. Click “Show” to view attacks by month.

Best Friends Animal Society provides a wide spectrum of favorable information on Pit Bulls and encourages adoptions at Pitbulls: Everything You Need to Know.

WHY AREN'T THERE SAFETY WARNINGS?

The above list of injuries and deaths of children resulting from Pit Bull attacks is only partial and yet there are no safety warnings in the mainstream media about the potential hazards of adopting this breed or breed-type. Recalls are issued on hazardous items involving children after only a few reports.  Why do the safety watchdogs avoid this subject?

Just this year, the following alerts were sent out by major new sources in the U.S. and Europe:

FDA warns benzocaine teething products are unsafe for children - CNN
May 23, 2018 - The FDA warned consumers and sent letters to manufacturers to stop ... frozen teething toys, as they can injure a baby's mouth and cause more pain.

The public often innocently takes the advice of "experts" and follows the philosophy of local shelter management in selecting a family pet. The above statistics show that attacks on children by Pit Bulls are occurring far too often.

Isn't it time to be asking why the breed is still being promoted in Los Angeles and many other shelters?

And, when there is an attack on a two-month-old baby in Los Angeles--shouldn't GM Barnette  order a dangerous dog hearing, rather than--as indicated by the LAAS spokesperson--merely return the dog to the home?

Pit Bull Attacks - Can We Afford the Risk?