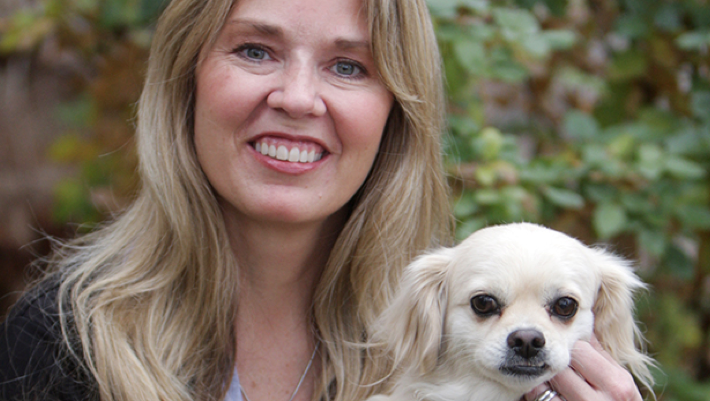 ANIMAL WATCH-Best Friends Animal Society last week named Julie Castle, 48, as its new CEO, heading the massive Kanab, Utah sanctuary. She will also be in charge of Best Friends' "No BSL" Pit Bull lobby, to assure Pit Bulls, regardless of temperament, behavioral history or involvement in dog fighting, have the opportunity to be adopted by families— maybe right next door to you. She will promote the TNR program for feral cats nationwide. And, Julie Castle personally pledged that the state of Utah will be “No Kill” by 2019 and the entire U.S.A. will reach this goal by 2025.

Ironically, this leadership change, effective April 16, comes shortly after LA Animal Services’ Brenda Barnette was not able to reach the No Kill LA goal in 2017, despite the Best Friends' hype and reportedly pouring hundreds of thousands of dollars into the effort. So, the question arises as to whether the torch is being passed to a woman to demonstrate her equality and ability, or whether she is the “fall guy” for the potential failure of Best Friends to reach the impossible dream.

According to the announcement by Francis Battista, Julie Castle (formerly Julie Stuart) started at Best Friends in 1994 after a chance visit to the sanctuary with a friend. She was 22 years old. She was so impressed by the visceral impact of Angels Canyon and the vision of the founders regarding animals that she decided not to attend law school but devote her life to the Best Friends mission.

Julie Castle's appointment was announced in a blog by Best Friends, written by Francis Battista, who said, "Julie is a leader, a team builder and a competitor," and she had undertaken four years of board mentoring, executive coaching and increased operational responsibilities in preparation for the transition. The outline of the things considered in this decision ends with, "preserving and sustaining the Best Friends way and our unique culture."

Batista states, "Julie got to this position the old-fashioned way: She earned it. She worked her way up to the top." Her bio is provided here.

He did not mention that Julie is also the wife of current CEO Gregory Castle, (described as "73 a few years ago") who, along with Battista and others at the Sanctuary originally founded the well-publicized Process Church of the Final Judgment in 1968. It later became Best Friends Animal Society.

In a Vice article, “Los Angeles - The Process of The Process,” Timothy Wyllie, described as a "high-ranking" member of the Process Church talks about his book, Love, Sex, Fear, Death: The Inside Story of the Process Church of the Final Judgment. During the interview Wyllie indicated that the transformation to an animal rescue had its roots in humble beginnings, which was the survival of the members, "Having been so heatedly rejected by human judgment from back in the early years, there was a natural tendency to turn to animals. So that when we were out on the street, essentially begging, it was asking for money to help animals that was the most lucrative."

He also said, "I was in at the beginning, and out in 1977, at the time when the group had effectively run its course. ...my point of extreme interest was this strange woman, Mary Ann (MacLean), who no one on the outside ever knew was the one in charge of the whole operation." Mary Ann MacLean reportedly died at Best Friends in 2005.

Julie Castle, being a newcomer, has a little different memory of the organization's "humble beginnings." She told the Salt Lake City Tribune, that at the time she started, Best Friends was “really living hand-to-mouth. We were an $800,000 organization, and, literally, we were raising money by sitting out in front of grocery stores asking for donations. “

She added, "Today, Best Friends is a $130 million organization with locations in Kanab, Salt Lake City, New York, Atlanta and Los Angeles, with programs in “nearly every state. We blossomed into the leader of the no-kill movement.”

Castle announced that Best Friends is hosting a conference in Silicon Valley this month which will include representatives of high-tech--Facebook and Google, "in an effort to find answers."

Best Friends is apparently stepping up its game to get stats from shelters on impounds and outcomes, which Castle says is not required reporting, so Best Friends has been going "county by county around the country to compile that information."

The Tribune article quotes that seven states will be targeted (Texas, California, Alabama, North Carolina, Kentucky, Florida and Mississippi) because they account for half of the pets euthanized in America.

Best Friends Animal Society has regional headquarters and operations in New York, Los Angeles, Salt Lake City, and Atlanta and reports that this includes a national network of over 2,100 animal welfare partners and programs in over 30 U.S. cities.

WHY DO PIT BULLS NEED LOBBYING?

In a Sept. 23, 2017 article by Animals 24-7, Pit Bull Advocacy Exposed by the CBC Fifth-Estate with Host Mark Kelley, Merritt Clifton provides the link to the one-hour exposé by the Canadian counterpart of the CBS news series 60 Minutes, in which host Mark Kelley sums up the advocacy as “a multi-million-dollar lobbying effort to rebrand the pit bull as a family-friendly dog so that more will be adopted out.”

Kelley asked about the case of 14-month-old Daxton Borchardt in March 2013, who was torn from the arms of babysitter Susan Iwicki and killed by two pit bulls familiar to both of them. The dogs were hand-raised by Iwicki since puppies. Van Kavage intimated that perhaps the attack occurred "because the child was crying."

Lobbying World | The Hill, was one of the media outlets to announce on March 24, that Julie Castle had been named the new CEO of the Best Friends Animal Society, along with introducing new lobbyists for Comcast and Navigators Global.

Here is just a snapshot of reports on Best Friends lobbying activities by the National Institute on Money in State Politics. There is no indication of the particular legislation.

FollowtheMoney.org shows Best Friends Animal Society under contributions to candidates and committees (within federal, state and local data) "two political donations in the amount of $255,000" but does not indicate the recipients.

BEST FRIENDS IN THE HANDS OF A WOMAN

Julie Castle is taking the helm at Best Friends at a time when serious questions are being asked about how money is being spent and whether it is being used for the purposes intended by donors. This is not new, but it comes at a time when some believe certain Best Friends' programs are hurting, rather than helping.

With “Best Friends” Like These,  Nathan Winograd, founder of the No-Kill Advocacy Center, was one of the first open critics of how Best Friends' money is spent. He described, Gregory Castle, Julie Castle, and Francis Battista, as "the three blind mice leading Best Friends off a cliff."

Many eyes will be looking not only toward the future--but the present--as the first woman, Julie Castle, stands alone in the limelight for Best Friends, undoubtedly with other decision makers' hands still tightly on the reins.