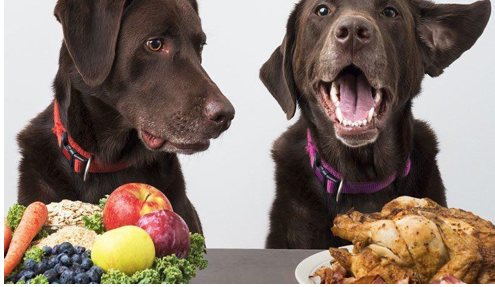 ANIMAL WATCH-On November 28, Commissioner Roger Wolfson, one of Mayor Eric Garcetti's appointees to the Los Angeles Animal Services' Commission, brought a group of "experts" and speakers to convince the Commission to approve changing all LA city shelter dogs to a meatless diet. General Manager Brenda Barnette supported the report of Chief Veterinarian Jeremy Prupas, who advised against such a change for the City's shelter population.

Wolfson's invited-speakers/experts included a civil-rights attorney; Cheri Shankar, a volunteer fundraiser for the Mayor, who is also a member of the Board of Directors of The Humane Society of the U.S. (HSUS) Legislative Fund, several veterinarians, and techno-artist Moby.

Dr. Prupas has successfully managed the six LA City shelters since 2008. At the meeting, he reported that he had contacted experts in the field of veterinary medicine, including nutritionists from veterinary schools, a clinical veterinary toxicologist who works with pet food companies and a shelter-medicine specialist. None thought such a change is advisable because of the content of vegan food and the varying needs of animals in the shelters. (LA. Animal Services takes in over 33,000 dogs annually.)

Dr. Prupas also cited the issue of solid waste and the fact that the shelters are understaffed, advising that switching newly admitted dogs to a vegan diet will cause diarrhea and dramatically increase the workload to keep the kennels clean and minimize the spread of disease.

Commissioner Wolfson introduced his position by pointing out that raising and killing of animals [for consumption] has a disastrous impact on the environment. He provided statistics regarding deforestation, greenhouse gases and use of water. He recited that the Dept. of Animal Services provides 336,000 pounds of animal-based dog food to dogs in its shelters every year, and, based on the brand of food purchased..."our choice is responsible for the deaths of over 20,000 chickens, over 10,000 turkeys and over 1,000 lambs every year."

Sounding more like a candidate at a political debate than a city official, Wolfson insulted and ridiculed Dr. Prupas, demeaning his professional sources and his conclusions, "Dr. Prupas states that one of the reasons for rejecting this proposal is that reducing the amount of animal flesh and increasing fiber fed to dogs will increase the amount of dog waste our staff will have to clean up."

He added derisively, "It appears that the LAAS Chief Veterinarian is advocating the killing of 31,000 animals a year to feed our omnivorous dogs in order to constipate them so that they will produce less solid waste."

Equally embarrassing to the City and Mayor Garcetti, two more of his Commission representatives -- both California licensed lawyers -- Layne David Dicker and Olivia E. Garcia, disregarded the warning of Assistant City Attorney Laurie Rittenberg in regard to violation of the Brown Act and announced in advance that they plan to vote for this proposal, although it was not an action item for this meeting. (See Minutes @ 12/12/2017 Mtng.)

Commissioner Wolfson did not bait Dr. Prupas into countering his insults nor did he bully him into changing his opinion, but he did get the attention of the California Veterinary Medical Association, whose attorney, Daniel L. Baxter, of Wilke, Fleury, Hoffelt, Gould & Birney, LLP, responded in a letter dated December 22, 2017, to City Attorney Mike Feuer.

Attorney Baxter states in the first paragraph, "As discussed below, the CVMA believes that the Vegan-Only Proposal is not only clinically contraindicated, but -- if adopted -- would constitute a clear violation of California law."

He describes how both Commissioner Wolfson and other supporters of the Vegan-Only Proposal focused on ethical and environmental issues related to the use of non-vegan dog food and made general assertions about the "purportedly-omnivorous nature of dogs," alleging that, "...dogs can subsist on a vegan-only diet." He responds that, "they ignore a fundamental reality of shelter medicine -- the circumstances attending to the individual animals themselves."

He then compassionately describes, in general, the various conditions of animals that make their way into the City's shelter and how the shelter clinician's objective is to "give each animal the best chance to survive and thrive..."  In order to do this, he states, "[T]he clinicians must have a "full menu of treatment options -- including those relating to diet..."  He summarizes this concept by stating, "To insist that shelter dogs, almost all of whom will be unconditioned to a vegan-only diet, be restricted to such a diet, is not best calibrated to ensuring the health and welfare of those animals."

Attorney Baxter also outlines various gastrointestinal issues that can result in "clinical uncertainty" and the difficulty in determining whether symptoms such as diarrhea and vomiting are related to a "preexisting malabsorption" or to the "simple fact that the dog is now eating a restricted, plant-based diet to which it is not acclimated."

The letter clarifies that the CVMA is "not unsympathetic to the aspirational goals of the Vegan-Only Proposal's proponents" regarding environmental and ethical issues. However, he reminds City Attorney Feuer that, in this instance, "The charge of the Board is not to safeguard the interests of the animals of Planet Earth, or the environment at large, but to safeguard the interests of the animals within the City shelters."

The letter also discusses how adoption of the Vegan-Only Proposal will violate California law.  He cites California Business and Professions Code section 460, in pertinent part. The provisions therein prohibit a city or county from preventing a person or group of persons authorized by any agency in the Department of Consumer Affairs or a "healing arts professional licensed with the state" (including shelter veterinarians) from performing any portion of their profession or "engaging in an act that falls within the professionally recognized scope of practice of that licensee," which in this instance would include the selection and administration of food and dietary supplements.

ANOTHER EXPERT MAKES AN OBSERVATION

Does the fact that the proposal will adversely affect the nutritional status of many of the shelters' residents make for a good argument against the change?

Apparently, it does not. As attributed to a notable musical talent who addressed the Commission in December, "If we adopt this, it’s just one more thing that proves to the world that Los Angeles really is the progressive capital of the world!"

In other words, the status and reputation of the city in the eyes of like-minded people takes precedent over the actual health of the dogs under the city's care. Seemingly, adulation by fellow progressives trumps sound animal care.

WILL THE CVMA WARNING BE CONSIDERED BY L. CITY ATTORNEY?

Ordinarily, such a strong statement from a well-respected organization like the California Veterinary Medical Association would sound an immediate alarm to a government agency planning to possibly embark on what can rightfully be called an "experiment" involving thousands of shelter animals.

However, I am reminded of the time I told a veteran LA Deputy City Attorney a few years ago that we would be forced to sue the City (in a matter where we quickly won a Writ of Mandate), he quipped, "Go ahead. We love lawsuits!”