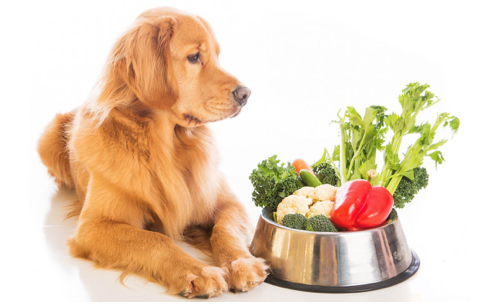 ANIMAL WATCH-In a shocking and embarrassing display of arrogance and disrespect at the Los Angeles Animal Services' Commission meeting on November 28, Commissioner Roger Wolfson – an appointee of Mayor Eric Garcetti -- included insults and bullying to attempt to overrule the decision of General Manager Brenda Barnette and Chief Veterinarian Jeremy Prupas and gain approval to switch impounded dogs in city shelters to vegan food.

Dr. Prupas, who has successfully run one of the nation's largest animal-sheltering systems since 2008, and GM Brenda Barnette had responded to Wolfson's motion for consideration of feeding vegan food to shelter dogs in a written report to the Commission, stating, "We recognize that individual, privately owned dogs can do well on a wide variety of diets, including vegetarian, raw and vegan,”… "this is quite a different population than the group in our animal shelters."

The report cited discussions with other experts in the fields of shelter medicine and nutrition and indicated, "None of these veterinary specialists thought it would be a good idea to feed shelter dogs a vegan diet."

After setting forth his main concerns, Dr. Prupas explained that Los Angeles Animal Services’ (LAAS) current pet food contract is with Canidae All Life Stages, (made by Ethos Pet Nutrition) and there have been no reports of serious dietary problems with transition into or out of the city shelters using this food.

He also reported that there are no municipal shelters in the nation that feed a vegan diet to their canine population.

One of the main problems with switching to any vegan foods or meat-based foods is whether they are suitable for only "adult maintenance." Candidae Life Stages is suited to the needs of dogs of all ages--from puppies to seniors.

(Note: Amazon lists one of the proposed vegan dog foods at $55.70 for 20 pounds, which makes it seem incredulous that the same company is offering to provide that quality food to the shelter for $0.87/lb.)

He admonished Board members about its duty to protect all animals (not just dogs), as he reminded them LAAS is “…choosing to kill 31,000 animals a year” to feed shelter dogs.

Truth about Pet Food provides a review of Commissioner Wolfson's comments (which also can be heard in their entirety here) and discusses them from its perspective.

Commission President Larry Gross expressed his concerns about the welfare of the shelter animals and the difficulties potentially imposed on new adopters unable to afford a costly vegan diet after getting the dog home.

IT IS NOT TOO LATE TO BE HEARD

NO VOTE WAS TAKEN and there is a new report for the Commission meeting on December 12.

Los Angeles activist Kristen Stavola bravely started a Facebook group at: LAAS: VEGAN IS NOT AN OPTION to prompt discussion and encourage public participation at the upcoming meeting, and it has developed a robust membership.

Everyone interested in this issue should listen to the Nov. 28 meeting and attend the next meeting on Tuesday, December 12, 7:00 p.m. at 4580 North Figueroa Street, Los Angeles 90065 (Highland Park.)

After Wolfson demanded to be in control of the meeting and argued with the Assistant City Attorney who said no vote could be taken on the report on Nov. 28, it was quickly evident why.

In an orchestrated "flash mob" approach, Wolfson left the room just before the item (6B) was called and reappeared shortly with approximately 50 supporters and an influential volunteer from the Mayor's office.  (Hear Commission meeting here.)

Wolfson became highly agitated when advised that a vote could not be taken because the report was not agendized as an "action" item. He finally agreed to continue the hearing with the vote scheduled for the following meeting (December 12) but not without considerable immature whining that, to say the least, diminished any dignity of this official City meeting.

Ignoring the warnings of the Assistant City Attorney (ACA) that the outcome of the vote should not be indicated until the actual time it is taken, Commissioner Dicker expressed his intent to support the proposal, stating that, based upon the points raised today and the research he found online, he is convinced that the dietary needs of dogs can be satisfied with a plant-based diet. Commissioner Garcia also indicated she plans a "yes" vote.

The public pre-planning by Wolfson was apparent on Help Get Vegan Dog Food in LA City Shelters, which announced in advance, a list of some of the speakers, which included a civil-rights attorney, musician, a veterinarian and  Cheri Shankar, who is a volunteer in the Mayor's office and frequently testifies at Commission meetings.

WAS THERE FULL DISCLOSURE BY EXPERTS/SPEAKERS?

There have been questions raised about some Commission conduct under the Brown Act and, also, a possible lack of disclosure regarding some of the experts and speakers called up by Wolfson. The following does not imply wrongdoing, but raises the question of whether the Commission and audience were provided with full disclosure:

Amaiti May, DVM, one of the "experts" called by Commissioner Wolfson, who cited various studies and scientific reasons that dogs can thrive on nutritionally complete plant-based diets.

Dr. May has a page on V-Dog site and is listed as a partner and advisor for V-Dog.

Daniela Castillo, DVM (and Dr. Amaiti May) are founders of VAPA (Veterinarians for Protection of Animals) which was organized with one of its specific goals being to promote vegan diets for dogs. (Dr. Castillo supported the proposal and then admitted, upon questioning by Commission President Gross, that the unnamed shelter where she works does not feed vegan food to dogs.)

Cheri Shankar spoke in favor of the proposal and urged approval. She is listed on the HSUS site as, Cheri Shankar, Beverly Hills, California. Cheri Shankar is a member of the Board of Directors of the Humane Society Legislative Fund. She is a full-time animal rights activist and fundraiser for animal protection and other progressive causes. Was Cheri Shankar present as a representative of the Mayor or HSUS?

Marc Ching of Animal Hope and Wellness spoke -- at Wolfson's prompting -- and promoted a vegan diet for dogs. He spoke about his letter of intent to bid on the contract to provide vegan dog food for LA City Shelters.

However, in an interesting interview with Wendy Myers (Myers DeTox), WHY YOUR PET SHOULD EAT A PRIMAL DIET WITH MARC CHING , here is what Mr. Ching stated in pertinent part:

Wendy Myers: So, what is the best diet for a dog?

Marc Ching: Well, the best diet for a dog, in my opinion, is a diet that consists of minimally processed foods. Meaning, you prepare your own, you cut your own meat and your own vegetables, and you just make it yourself. That is minimally processed. There is a raw diet which is more close to what they eat in the wild because it is raw foods. And some people also prefer to cook their meat and add everything else raw. So either way, it’s a more species appropriate diet. And they’d be better on it. You know, the evidence when you watch them, they do thrive.

Wendy Myers: I have to say, I feel really bad for the dogs that are forced to eat a vegan diet. Haha!

Marc Ching: Yeah, I don’t think they like it. Haha!

Wendy Myers: No, they’re not healthy. For a diet that is I think deadly for humans, I can’t imagine it’s super healthy for dogs, either. Haha!

Marc Ching: And we see a lot of people who have been in Sherman Oaks and many of them are not doing well. Many of them. However, it is possible with the right ingredients and with knowledge and education, it is possible to make a diet that conforms better to animals, or dogs specifically, who the owners wanted to be vegan. We don’t try to endorse that but we just give people the option if they’re going to do it, then this is their chance to try and do it right.

Wendy Myers: Right. Yeah, I know Ellen DeGeneres has just come out with a line of vegan pet food. … Are you familiar with her vegan diet line? Is it good for pets? Is it healthy?

Marc Ching: I actually am not familiar but most vegan commercial foods are not healthy. But I do know her company. You know these vegan commercial foods, they try to make money so you’ve seen dogs don’t do well on sweet potato, a lot of pumpkin in these foods. They’re really starchy, high glycemic foods so they cause fungus on dogs. And it’s really itchy and they don’t seem to do them well.

In a Mercola article entitled, The Alarming New Vegan Pet Food Branded by Celebrity Ellen DeGeneres, Dr. Karen Becker, who describes herself as, "a proactive and integrative wellness veterinarian, provides in very clear terms basic definitions of omnivores and carnivores that should help anyone make a educated decision on this matter.

Dr. Prupas and I co-authored and worked together on the staff report that recommends that we do not feed vegan food to our shelter dogs. I am not an expert on canine nutrition or a veterinarian, but some people know that I cook for my dogs. In addition to some dry kibble, I cook a mixture of human grade turkey, rice, peas and carrots for them. Because I do not eat meat myself and the smell of cooking that diet is unpleasant for me, I add a lot of garlic!

During the meeting, there was some compelling information presented supporting the use of a plant-based diets for dogs. Unfortunately it did not occur to me to ask staff to bring experts to add credibility to the staff report so only one side had a strong voice.

In the interest of helping our Commissioners make the best possible decision, at the meeting next Tuesday evening, we are asking the Board of Animal Services Commissioners to instruct the Department to report back to the Commission with a feasibility analysis presenting the benefits, and risks, of providing an Association of American Feed Control Officials (AAFCO) approved, plant-based diet for shelter dogs.

We believe this is our job and that our Commissioners deserve an opportunity to weigh all the data for plant-based and meat-based dog food prior to making this decision.

The March of the Housing Lemmings Proceeds, so Expect California’s Housing Crisis to Worsen

Ways to Win the Water Wars