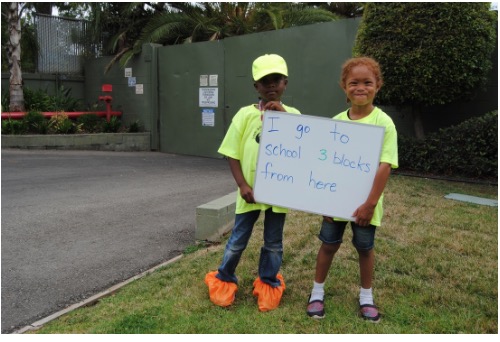 Life next door to toxic oil sites is a far cry from the flashy headlines and political rhetoric. Sadly, we’re accustomed to the city government’s practice of malign neglect. City officials, from the fire chief and planning director to the petroleum administrator and city attorney, have chosen to keep residents near drill sites living under the constant threat of danger.

The Murphy Drill Site in South LA continues to be the quintessential bad neighbor: inconsiderate, noisy, and dangerous.

We’re forced to keep our windows shut because of the petroleum fumes. We’re robbed of the peaceful enjoyment of our homes. There are no quiet hours. The clangs of metal pipes reverberate and heavy trucks arrive early in the morning and leave late at night. Oil and gas compressors run constantly. On many occasions, red warning lights flashed across the Murphy Drill Site, but the alarm went unheeded. Yet again, the site operator had violated its safety plan by leaving the drill site unattended and leaving our neighborhood completely vulnerable to a catastrophic event.

The daily dangers of life next to the site are clear. A recent USC study of nearly 1,000 people living within 1,000-meters of Murphy and one other nearby drill site found a substantial loss in lung capacity and function. Community members who live downwind of the drill site experience losses similar to daily exposure to secondhand cigarette smoke. Think of that. Living downwind of the drill site is like living with secondhand smoke.

Maybe Los Angeles is patting itself on the back for passing an ordinance to phase-out oil drilling over 20-years. That is important work. However, by the time the City litigates the ordinance, studies how quickly each drill site can be closed, and allows time for each site to phase-out, many of the 1,300 students who attend three public schools less than 1,000 feet from the Murphy Drill Site will have their own children.

We have called upon the City to ensure that South LA receives the same protections provided to other communities. We have urged the City to modernize the Murphy Drill Site’s permit to require enclosure of the site, use electric workover rigs instead of diesel, and use electric utility power instead of burning methane in generators. These protections are not pipe dreams. Drill sites in wealthier (and whiter) communities in West LA had these requirements in place decades ago. But the City’s Planning Department has delayed a Determination of Conditions for nine-months denying equal protections for all of us. 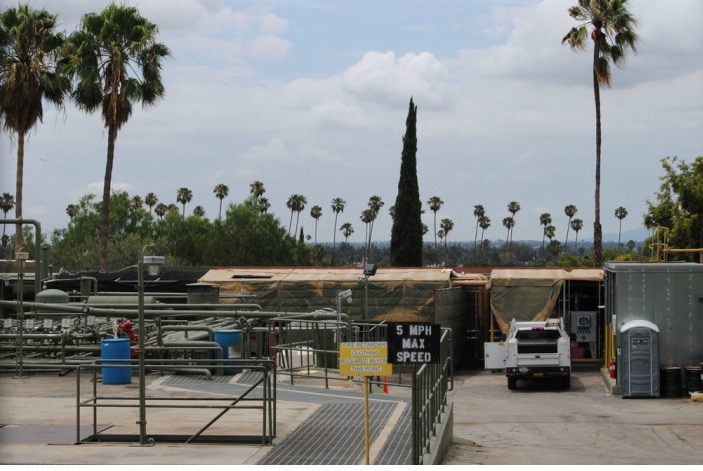 In other cases, those who can act on the community’s behalf simply refuse to do so. For example, the LAFD fire chief won’t enforce the Fire Code’s requirement that idle oil wells be plugged or reactivated. Idle wells can create a pathway for toxic and explosive gasses to reach the surface posing a danger to residents and first responders. Our community  turned to the courts for relief. Recently, a judge ruled that the fire chief's clear authority is discretionary, not mandatory. In other words, the fire chief has the authority to act, but chooses not to address this danger.

Similarly, LA’s petroleum administrator has received advanced notice of unpermitted “acid jobs” at the site, but refused to notify community members so we could move our families out of harm’s way. This well maintenance process involves large tanker trucks pumping tens of thousands of gallons of highly toxic acid into wells. The municipal code requires oil companies to obtain a permit for this work and City policy requires a public hearing before a permit can be issued. But the oil companies flout the law and the City’s planning director has not bothered to stop them. Imagine our shock and outrage when we observed chemical burns on plants outside of a drill site. Acid’s impacts don’t stop at the facility’s walls.

The City of Los Angeles has an obligation to apply the Municipal Code in an equitable way for all its residents. We call on city officials, especially LA’s planning director, fire chief, and petroleum administrator, to use their authority to take action on our behalf, as they have for other communities. We are your neighbors, too, and we are suffering harm.

(Richard Parks is the president and founder of Redeemer Community Partnership. He moved to the neighborhood in 1986 to study at the University of Southern California and never left. Today, he and his wife Anna, are raising their three children in the neighborhood. Prior to taking his current position with the organization in 2019, he played a catalytic role in launching and leading a series of urban research centers at USC including: the Southern California Studies Center, the Urban Initiative, the Provost Initiative on Immigrant Integration, the Center for Social Innovation, the Preservation of Life Initiative, and the Center for Sustainability Solutions. He founded Redeemer Community Partnership to help create a safe, nurturing community for children and their families through leadership development, community transformation and resident partnerships.)

Trump Kicking Off 2024 Run With Stops in Early-Voting States

Biden Picks Zients as His Next White House Chief of Staff