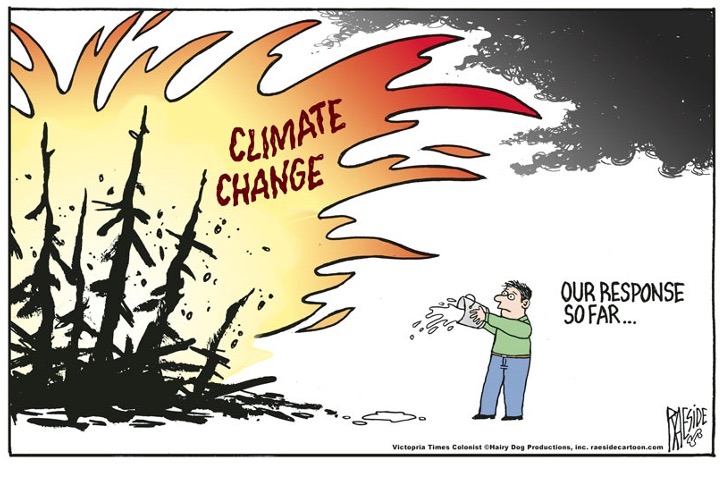 PLANNING WATCH - After the West Coast’s recent heat dome, horrendous wildfires, and the new normal of mega-drought, even those who have sworn off newspapers, newscasts, and social media now know that climate change is no longer a theory.

It is a day-to-day reality.   Plus, those who follow the news are aware of Hurricane Irma’s path of destruction in Florida and the Carolinas, dried up rivers in Europe, monsoonal floods in Pakistan, melting permafrost in the Arctic, and much more.

There is certainly reason for despair, not just for the recent events, but for certain knowledge that critical climate barriers have been breached and the forecasts for much worse weather to come are accurate.  Even if a worldwide climate change mitigation program could be immediately implemented, this cake is already baked according to the UN’s Intergovernmental Panel on Climate Change (IPCC).  This grim future corresponds to its most optimistic climate scenario, SSP1-1.9, in which emissions rapidly decline to net zero by 2050.  Considering that until now the worst case climate forecasts have been the most accurate, there is good reason to expect the IPCC’s most cataclysmic scenarios:

This despair needs to be channeled into two directions for those who expect to be alive at mid-century, are concerned for future human generations, or want to ensure the survival of most life on our planet.

What cities can do:  Cities must prepare, adopt, implement, and then closely monitor General Plan elements devoted to climate change.  In California the Governor’s Office of Planning and Research has provided a template for such a climate plan.  Furthermore, in 2016 the State legislature required cities to add an Environmental Justice element to their General Plan.  Needless to say, Los Angeles has not added either, and I could not find any proposals to do so.

While Mayor’s Garcetti has an executive climate document, LA’s Green New Deal, it will be round-filed in January 2023 when he is termed out.  As a result, the second largest city in the United States will not have a General Plan element or even a temporary Mayoral document addressing climate change.

In addition to preparing and adopting these two missing General Plan elements, what else should City Hall do regarding climate change?  This is my list of low hanging fruit:

While these planning efforts and implementation programs are essential, they will not be enough.  They need to be augmented by the IPCC’s proposals to avert a global cataclysm within this century.

Direction 2 – Long-term actions.  So far, the worst case climate scenarios have been the most accurate.  The reason is simple, but controversial.  Humanity now lives in a world of market economies that expand between 2 to 7 percent per year through the reinvestment of profits.  This means that rapidly growing economies, like China’s, can double every 8 years.  Such phenomenal growth rates require enormous increases in energy, most of which come from fossil fuels, but also produce parallel amounts of the Greenhouse Gas emissions responsible for the climate crisis.

Countries with lower growth rates, such as the United States, which grew by 2.5 percent per year between 1947-2022, require 28 years to double their economy.  While this might seem small, over a century an economy with a 2.5 % annual growth rate expands by a factor of 12 through the reinvestment of profits.   This is, in fact, what happened in the U.S. between the 1920s to date. 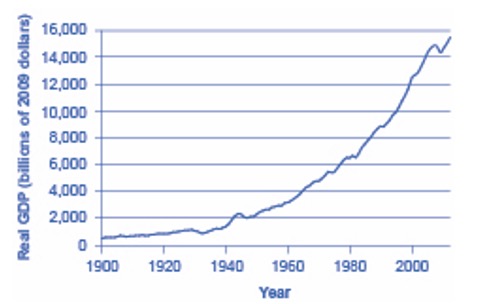 Legendary investor Warren Buffet identified this compounding effect as central to his financial strategy.  While true, it also explains why the worst case climate scenarios are invariably the most accurate.  Even at small annual growth rates economies quickly expand through the capital accumulation process.  Their energy consumption increases at parallel rates, as does their Greenhouse Gas pollution.

This is where long-term political efforts should be focused.  Some degrowth environmentalists want to create “green” economies where growth no longer takes place, and quality of life improvements depend on efficiency and redistribution.  Other environmentalists argue that a static capitalist economy is impossible.  Their political goal is to replace capitalism with an economic system in which the purpose of production is meeting human needs, not generating profits.  These environmentalists call themselves eco-socialists, and there are now many scholars and groups who share this outlook, despite a mainstream media blackout.

The author who best articulates this viewpoint is John Bellamy Foster, a University of Oregon sociologist.   He is a prolific writer, and an excellent example of his outlook is his 2011 essay, Capitalism and Accumulation of Catastrophe.   His most recent work builds on this and carefully reviews the latest reports from the UN’s Intergovernmental Panel on Climate Change (IPCC) through the lens of social science.  Foster’s conclusions may be ideologically at odds with many readers, but he and other eco-socialist scholars should be essential reading for those who realize the climate apocalypse has begun, and that national governments are either unable or unwilling to understand and respond to current and anticipated climate crises.

(Dick Platkin is a former Los Angeles city planner who reports on local planning issues for CityWatchLA.  He serves on the boards of United Neighborhoods for Los Angeles (UN4LA) and the Greater Fairfax Residents Association.  Previous Planning Watch columns are available at the CityWatchLA archives.  Please send comments and corrections to [email protected])