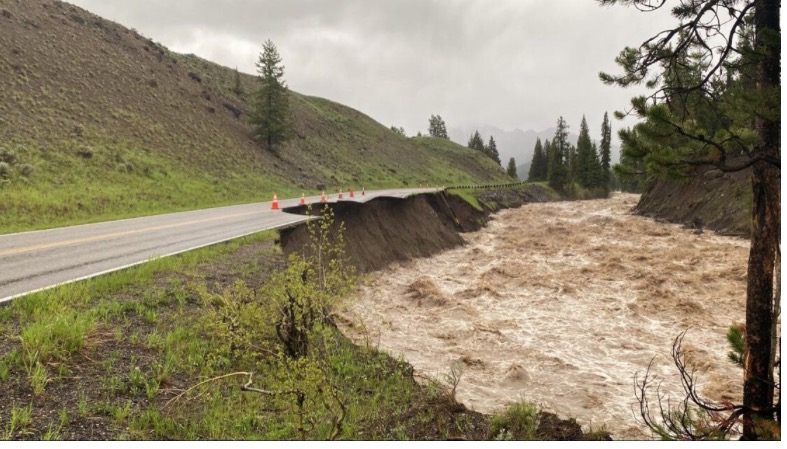 CLIMATE WATCH - Humans have a tendency to believe everything will be pretty much the same in the future as it has been in the past.

No surprise since generally speaking that was pretty true in the past and while things changed, they did not change so radically or with such severe consequences as they are now. Scientists, who have long warned about the unpredictability of a human-impacted global climate now point to the extreme conditions seen in Montana while the southern half of the nation bakes in an unprecedented heat wave as conclusive proof that the “new normal” will actually be the “new abnormal.”

Four months ago Montana was looking at going into its second year of extreme drought. Municipalities were warning their citizens that water supplies were dreadfully low with reservoirs, lakes and rivers all well below long-term average levels. Irrigation districts were imposing significant cuts in how much water could be expected to be delivered given the dwindling snowpack in the mountains and the predicted higher than usual temperatures.

But then came the “atmospheric river” flowing into the Northwest, dropping feet of snow in the mountains, inches of rain at a time, and suddenly Montana and its neighboring states to the west were looking at relief from the drought that had been plaguing the area and predicted to get worse.

If a little moisture was a good thing, more was even better and a greening Montana portended a more “normal” summer — like in the old days — when the skies were not cloudy all day with thick smoke from climate-driven wildfires. Until the precipitation didn’t stop, the days stayed cool and the late but welcome snows continued to fall in the mountains.

And then came the torrential rains on the snowpack. The flooding that followed was devastating as the Yellowstone River raged to record heights and swept the works of man away like motes of dust. Roads, buildings, bridges, and trees were carried away in the deluge as the power of moving water would not be denied.

In last year’s Greater Yellowstone Climate Assessment, the prediction by scientists of temperature and precipitation extremes turned out to be uncannily correct. And the basis of it all was summed up in one sentence. “Humans are contributing substantially to global warming and climate change through greenhouse gas emissions, especially from the burning of fossil fuels.”

Another recent article put it this way: “The latest update in the U.S. Drought Monitor on Thursday showed the major contrast between the wet Northwest and the hot and dry Southwest. This feast-or-famine contrast is a pattern the climate crisis tends to amplify: extremes on both ends of the spectrum, with the pendulum sometimes swinging suddenly from one side to the other.”

Yet, many of our politicians and government agencies continue to operate as if the way things were are the way things will be in the future…basically denying the ever-increasing severity of climate change induced weather events. But denying our impact on the climate, will not make the associated problems just go away. They continue to extensively log our national forests — the best, cheapest, most reliable filters for atmospheric carbon dioxide — under the phony rubric of “restoration.” In extreme cases, they defend and promote the burning of more fossil fuels — the exact opposite of what must be done.

The stark choice lies before us — change or somehow struggle to survive within the parameters of “extremes on both ends of the spectrum.” As the recent calamities show, the “new normal” is actually the “new abnormal” — and that makes for a very uncertain future.

George Ochenski is a columnist for the Missoulian, where this essay originally appeared.