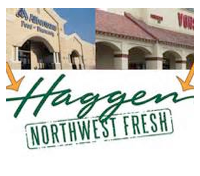 ANTITRUST ANYONE?-At 6:15 pm on a recent weekday, you could have thrown a bowling ball down the service deli aisle at the new Haggen store in Woodland Hills and not hit anybody, and that’s no reflection on your bowling skills.

Outside the store, the new carts with the Haggen logo were lined up in perfect formation, unused.

This particular Haggen store was a busy Vons until the United States government decided to get involved. When Cerberus, owner of Albertsons, made a deal to acquire Safeway, owner of Pavilions and Vons, the Federal Trade Commission in Washington, D.C., opened an investigation into the merger to see if it violated U.S. antitrust laws.

But nobody really knows what violates the antitrust laws, which are vague and subjective. In a brochure titled “Competition Counts,” the FTC tries to put it in layman’s terms, explaining, “The FTC enforces antitrust laws by challenging business practices that could hurt consumers by resulting in higher prices, lower quality, or fewer goods and services.”

The FTC’s Bureau of Competition concluded that the $9.2 billion merger of Safeway and Albertsons would hurt consumers in 130 local markets, including Los Angeles. The government said it would block the deal unless the companies sold 168 stores in Arizona, California, Montana, Nevada, Oregon, Texas, Washington and Wyoming.

And that’s where Haggen came in. The FTC gave its approval for the 18-store chain based in Bellingham, Wash., to buy 146 Albertsons, Vons and Pavilions stores.

The problems began immediately. Sales were sluggish and employees were laid off. The union representing retail workers in Los Angeles and Central California, United Food & Commercial Workers Local 770, filed a grievance, alleging that employees were misled into staying with Haggen when they could have transferred to another Vons or Albertsons store.

Meanwhile, Albertsons filed a $41.1 million lawsuit alleging that Haggen failed to pay for the inventory in 38 of the stores it acquired.

Soon Haggen announced it was closing 27 stores, including two in Simi Valley, one in Santa Clarita, one in Newbury Park and 12 others in California.

That was too much for Assemblywoman Lorena Gonzalez, D-San Diego, who wrote Assembly Bill 359 to protect workers at large grocery stores from being fired during a change of ownership.

“Wall Street mergers and acquisitions that make big money for corporations and private equity firms should not jeopardize jobs of the grocery workers who live and work in our communities,” Gonzalez said in a news release.

The president of UFCW Local 135 in San Diego, Mickey Kasparian, said he was “ecstatic” when Gov. Brown signed the bill. “It’s important that workers have a fair chance to keep their jobs,” he said.

A clue can be found in the advertising flyers that stuff local mailboxes every Tuesday. Last week, as Haggen’s ad featured California-grown “cotton candy grapes” for $3.99 per lb., Valley Produce Market was selling a pound of California-grown “champagne grapes” for 69 cents. A pound of green seedless grapes could be found at Sprouts for $1.98, Vons for $1.99, and Ralphs for $1.88, while Food 4 Less and Albertsons were selling them for 99 cents.

In the same flyer, Haggen advertised white peaches from Fresno for $1.49 per pound, but Food 4 Less was selling a pound of white peaches for 99 cents. Yellow peaches were available at Smart & Final, Vallarta and Vons for 99 cents, and Valley Produce Market and Sprouts had them on sale for half that much.

Haggen also has to compete against the selection at Gelson’s, Whole Foods and Trader Joe’s, and the prices at WalMart, Target and Costco.

It’s not a grocery chain as much as it’s an extra in a “Jaws” movie.

None of this would have happened if the federal government had not interfered in a business deal that didn’t need any government interference. Albertsons and Safeway were not going to monopolize the grocery business and gouge consumers like some 19th-century general store selling gold-panning supplies to Forty-Niners. What planet is the FTC living on? Do they know that Amazon will deliver groceries to your house?

The FTC’s decision to forcibly rearrange the ownership of 168 stores has disrupted the lives of hundreds of grocery workers and needlessly diverted business resources from store operations to regulatory compliance.

Maybe Haggen would like to take over the FTC’s “Bureau of Competition.” The faster they close it, the better.

(Susan Shelley is a San Fernando Valley author, a former television associate producer and twice a Republican candidate for the California Assembly. This originally appeared in FoxandHounds.com.  She can be reached at [email protected].)