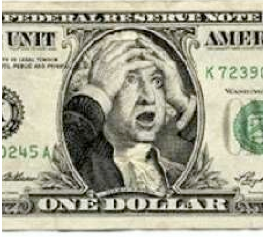 LA WATCHDOG-You would never know that the City of Los Angeles is facing a budget deficit of $165 million next year given the way the City Council is handing out the goodies to its campaign funding cronies.

In March, our City Council approved a $60 million giveaway to the Westfield Group to help finance the Village at Westfield Topanga, a $336 million in fill development that, contrary to the City’s analysis, is projected to be a financial homerun generating an unleveraged return on investment in the range of 15% to 20%.

This return on investment will be enhanced by the recent up-zoning of the Warner Center complex that will double the amount of permitted commercial space, a fact that must have been known to the City Council prior to its approval of this unwarranted giveaway.

In July, the City Council was once again a soft touch as it approved a $39 million giveaway to the Shanghai based Greenland Group to help subsidize a 350 room hotel designed to serve our outdated and heavily mortgaged Convention Center.

On Tuesday, August 26, the City Council is expected to approve a 20 year lease where the Armenian Cultural Foundation will lease Fire Station 83 from the City for the bargain price of $1 a year. This property, located at the corner of Balboa Boulevard and Addison just north of Ventura Boulevard in Encino, is 20,000 square foot corner lot with a 5,200 square foot fire house that has been neglected by the City since 2006.

The Armenian Cultural Foundation, a well-respected nonprofit organization, is expected to invest at least $1.2 million in tenant improvements to establish a permanent home for the Encino Youth and Community Center that will serve the growing Armenian community in The Valley.  It has also agreed to a modest reciprocal parking arrangement with its next door neighbor, Encino Elementary School.

But there are some troubling aspects to this deal, including the fact that the Armenian American community contributed approximately $100,000 to Eric Garcetti’s campaign for Mayor shortly after then Councilman Garcetti, along with Paul Koretz and Paul Krekorian, sponsored a motion in April of 2013 to lease Fire Station 83 to the Armenian Cultural Foundation for $1 a year.

Furthermore, while the Armenian Cultural Foundation is a very worthwhile organization, our cash strapped City does not have the wherewithal to subsidize the operations of the Youth and Community Center with a $1 a year lease for a property that probably has a fair market value north of $1 million.  Rather, the ACF should be paying the City a lease payment based on the fair market value of the land, which, for the sake of argument, would be at least $50,000.  This amounts to less than 9% of its proposed operating budget of $562,000.

This sweetheart deal – one which deprives the General Fund of much needed cash - runs counter to the multibillion Sidewalk Tax that was being promoted by Paul Krekorian and Joe Buscaino during last week’s joint meeting of the Budget and Finance Committee and the Public Works Committee.

Our City Council will come up with numerous reasons why this buck a year lease is a great deal for Angelenos.  But the voters are not fools as was demonstrated last year when they rejected Proposition A, the permanent half cent increase in our sales tax.  They will remember this and other self-serving, less than transparent deals that are tainted with the stench of campaign cash when they reject any new taxes.

(Jack Humphreville writes LA Watchdog for CityWatch. He is the President of the DWP Advocacy Committee, The Ratepayer Advocate for the Greater Wilshire Neighborhood Council, and a Neighborhood Council Budget Advocate. Humphreville is the publisher of the Recycler Classifieds -- www.recycler.com. He can be reached at:  [email protected]. Hear Jack every Tuesday morning at 6:20 on McIntyre in the Morning, KABC Radio 790.)
-cw