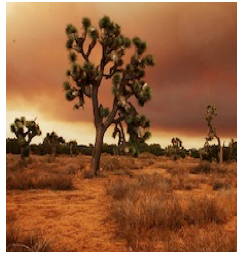 I HAVE A DREAM 50TH - As the nation this month commemorates the 50th anniversary of the March on Washington for Jobs and Freedom, little-known heroes in cities and towns throughout the United States continue Dr. Martin Luther King Jr.’s fight for economic security and civil rights.

One such place is the Antelope Valley, a suburban area 70 miles north of downtown Los Angeles. Recently, I met with four such heroes, V. Jesse Smith, Emmett Murrell, Pharaoh Mitchell and Nigel Holly, African-American leaders of the Community Action League, which has led the fight against oppressive policing and government attempts to drive poor black renters from the valley.

When we talked in Lancaster, one of two small cities in the valley, I learned how they created a movement that defeated two of the most powerful institutions in huge Los Angeles County—the Board of Supervisors and the sheriff’s department—as well as the city’s own government.

It wasn’t easy for them. “This is a town of law and order,” Smith said. “The police rule out here.”

The Antelope Valley is now partially covered with subdivisions. But mountains and canyons and the remaining empty, arid land make it possible to see what the place looked like when it was remote and rural.

Those days ended when middle-class, predominantly white families moved in after World War II, drawn by jobs in the big aerospace plants around Edwards Air Force Base. The aerospace workers set the tone, along with the ministers of fundamentalist Protestant churches and small-business people.

In the late 1990s, African-American and Latino families arrived, many from black and Latino South Central Los Angeles, for the lower housing prices and freedom from violent, gang-dominated streets. By 2010, whites were a minority in Lancaster and neighboring Palmdale. Among the newcomers were poor people who rented homes and apartments with the help of a federal program paying a portion of their rent, commonly known as Section 8. Most of the renters were African-Americans. The number of black Section 8 renters doubled from 510 in 2000 to 1,119 in 2004 and rose to 1,530 in 2008.

Hostility, sometimes violent, greeted the new residents, particularly African-Americans. By 2010, the U.S. Justice Department found, “the Antelope Valley had the highest rate of hate crimes of any region in Los Angeles County.” Skinheads were active. “In 1997, three white youths allegedly murdered a black man in Palmdale so that one of the youths could earn a white supremacist tattoo. Two black men were allegedly stabbed by a white mayoral candidate’s son, who was reciting “white power” slogans the night of the crime; two homes in Palmdale were vandalized with racially offensive words and a swastika; and in August 2010, a predominantly African-American church in Palmdale was firebombed,” the Justice Department reported.

Section 8 renters were particular targets of Lancaster city government, the county board of supervisors and the sheriff’s department.

With money allocated by the city and the county supervisor representing the area, task forces of up to 15 sheriff’s deputies and housing inspectors raided Section 8 homes, ostensibly acting on tips that illegal drugs were present or fraud was being committed. But really, they were aiming to terrorize residents into moving. Officers stormed into homes and searched them without warrants. They rifled through chests of drawers, went through belongings, threatened children with arrest and obtained the names and addresses of Section 8 recipients so they could watch their homes. Housing authorities tried to evict a woman suffering from stage 4 cancer who had her daughter and granddaughter stay with her at nights. She was accused of having unauthorized tenants. But higher authorities permitted her to stay.

Social media spread racist comments. There was an “I Hate Section 8” Facebook site. The Lancaster mayor, R. Rex Parris, supported the moves against Section 8 recipients and said it was unfair that so many African-Americans were receiving such aid. Section 8, he said, is a “problem that is crushing [the Antelope Valley] community.”

Into this tense and dangerous situation stepped Smith, Durrell, Mitchell and Holly, along with Stan Muhammad, another local activist.

Professor Gary Blasi of UCLA Law School joined the team and sent his students into the Antelope Valley to gather evidence for a lawsuit. They set up tables where people congregate and heard their stories. They interviewed others and examined official sources for a report that helped frame a lawsuit filed by the Community Action League, the California NAACP and Antelope Valley residents, represented by Public Counsel, Neighborhood Legal Services and others.

In spirit, although without the extreme violence, it was reminiscent of the South in the civil rights movement days.

A major development was a report by the special sheriff’s department monitor, Merrick Bobb. He found that 64 percent of obstruction of justice arrests—known as “contempt of cop”—made by deputies stationed in the Antelope Valley were of African-Americans, who constituted only 17 percent of the population.

Then the U.S. Justice Department stepped in and investigated the conduct of the Los Angeles County Sheriff’s Department.

The federal investigators upheld the complaints of the Community Action League, residents and the findings of the law school students: “We found that LASD’s Antelope Valley stations have engaged in a pattern or practice of discriminatory and otherwise unlawful searches and seizures, including the use of unreasonable force, in violation of the Fourth Amendment, the Fourteenth Amendment, and Title VI (the Civil Rights Act provision banning discrimination in programs that receive federal assistance, such as Section 8). We found also that deputies assigned to these stations have engaged in a pattern or practice of discrimination against African Americans in violation of the Fair Housing Act.”

In the end, the lawsuit was decisive. In a settlement, the sheriff’s department and the housing authority agreed to stop the outrageous targeting and harassment of Section 8 residents and to respect their fair housing rights.

I talked to Parris, who so effectively used his trial lawyer’s oratorical skills in the fight against Section 8 residents. But he has made activist Muhammad a city commissioner. And he said that if “I had had people of color on my council, we wouldn’t have been sued by the Justice Department. They would have said ‘Rex, you have to soften it.’ ”

The founders of the Community Action League are pleased by what happened, but wary. “Things are better but haven’t changed that much,” Mitchell said. “Civil rights is still a big issue in this county.”

That’s the way it is in the rest of the country. The 50th anniversary of the March on Washington is a time to note how the country has fallen far short of King’s goals of jobs and freedom.

(Bill Boyarsky is a journalist and blogs at truthdig.com where this column first appeared. Visit truthdig.org for other prominent writers like Robert Scheer, Amy Goodman and Chris Hedges.) Photo Credit: Rennett Stowe (CC BY 2.0)