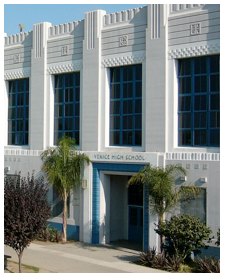 EDUCATION POLITICS - Back when our teens were toddlers, some preschool police were quite insistent that our children be taught “responsibility” by rebranding the truism that ‘consequence follows action’.  In a stylized version of simplified reality, your child – usually after the fact – is told that their misbehavior, say, walloping a playground colleague – would result in unpleasantness for the miscreant, say, time spent in solitary confinement.  The child is said to “choose” the punishment precisely because, and when, they have “chosen” the misbehavior.

The trouble is, none of this (usually) is set up in advance of the misbehavior so that the child has no inkling of cause->effect; and most importantly, because there is no single-channel, inherent direct consequence, there is no real “choice” here, as is so often claimed.  That is, why is it said that the only consequence of walloping is a “time out”?

This consequence follows only from someone else’s setup of the axioms, not from the child’s.  Instead from another point of view one could envision a different point of intervention in the chain reaction.  Presumably there is, for example, some action that caused the initial walloping reaction.

Moreover there are any number of alternative sequelae to walloping other than the ‘time out’.  Rather than focus on an artificially isolated part of a chain of events, one could, say, focus on the prequel, or construct an entirely different set of outcomes to “choose”.  The possibilities are in fact myriad, not singularly channeled.

In like manner, the “choice” foisted upon Venice High School (VHS) last week is nothing of the sort.

In my estimation, not a single stakeholder was saying anything with their “no” vote for the recent Steve Barr-backed, improperly-vetted, externally designed, secretly sprung, pilot school proposal slated for colocation at VHS — other than “No!”, to this ill-conceived school expropriation. Period.

This was not a vote ‘for’ a charter school co-location.  The stakeholders of Venice High School, it seems to me, are united in their cry for alternatives to the tacit problem of underenrollment at their school.

For one thing, it would help if the problem ever were stated explicitly, to the public, with ramifications attached.  Nevertheless many solutions, in varying degrees of obviousness, have been suggested for this inchoate presumption.

At least one group of teachers from VHS itself, was reportedly rebuffed in previous efforts to develop their own pilot school on their own campus, the proper procedure for this program.

Most glaring is the point made by several to their school board recently, that VHS has been seriously “under-resourced” in recent years (read:  not given enough money).  A blatantly obvious alternative would be to … properly fund the present school as it stands.

So what is the current state of this venerable Westside High School?  There is, for example, practically no music program.  There is a struggling, club-status-only marching band.  No orchestra, no chamber music, no instrumental program to vertically integrate the excellent programs initiated within its several tremendous feeder schools with superb music programs (e.g., Marina Del Rey and Palms among others).  There is a dedicated choir that practices on its own time outside of school, travelling all across the LA basin even on school nights but without any official status.  The school’s outdoor bleachers are condemned as unsafe.  There are numerous asbestos-filled bungalows reportedly slated for removal years ago that are still occupied by students, with no actual removal or remediation scheduled.

Presumably these spaces count as “empty” classrooms.  Certainly they will be part of the space unfairly apportioned between co-locating schools.  Compounding this unfair and unsafe situation is nothing less than shocking social injustice in that these bungalows may currently be occupied exclusively by special education students.

As for other efforts to attract matriculants, the school has a highly successful, well-established global languages magnet school … with no language lab for its students to practice speaking.

VHS has just been approved for a new STEMM (Science, Technology, Engineering, Math & Medicine) magnet school … with no science labs and virtually no dedicated funds, startup or otherwise, to support the fledgling, fully-subscribed program.  Science is conducted in a laboratory and that is where it must be taught.  Reading about experimentation is no substitution for doing it.

The list of insufficiencies at VHS is shocking and lengthy.  But there is no shortage of fine programs and schools there – whether comprehensive, “small” or magnet — suffering terribly for want of funds.

Why is it that VHS’ current schools cannot be supported adequately before inviting in a divisive new schooling entity that will compete with all nearby district schools for matriculants?

Investing In Venice High School would be a terrific way around this false dichotomy.  Until it has been tried to actually re-fund this institution adequately it cannot be said that students have forsaken its schools.

The current stakeholders love VHS, despite its troubling conditions.  Why propose co-locating schools, an essentially deconstructive solution?  Why not Reform this school authentically, by building on what is present and restoring the resources necessary to run it?

Here’s a direct, channeled, cause->effect teaching:  “Build It And They Will Come”.  Indeed this directive is the veritable responsibility of our school board.  Fund Venice High School Adequately and its students will return.