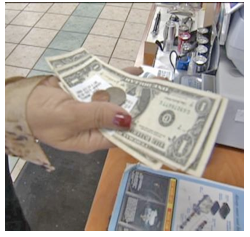 ALPERN AT LARGE - Believe it or not, there’s another election coming up for Angelenos to vote upon,

one that might actually affect their daily lives more than the huge election we had last November.  Unfortunately, the City Council has opted to promote Proposition A, a half-cent sales tax that does nothing to truly fix the fiscal mess that the Council has created, and which is hurtling this City straight towards bankruptcy.

Proposition A might stand for a lot of things—Awful, Asinine, or Amateurish—but it does NOT stand for anything good.  There are times and ways to responsibly raise taxes, and Proposition A is NOT one of them.

Proposition A does NOT stand for Able—this City Council, which is asking for a half-cent sales tax that is projected to raise $215 million in new revenue, does not even cover next year’s projected $300 million increase in labor costs, or the $768 million in new costs projected over the next four years.

Proposition A highlights how the City Council is anything BUT Able, and does nothing to address how the Council ignored the bad fiscal and budgetary news and got us all into this perpetual shortfall to begin with.  Asking us to bail out the City Council’s decade-long legacy of irresponsibility without fixing the actual problems the Council created is like giving a tip to a drunk driver after he just totaled your car.

And one of them, Dennis Zine, actually has the nerve to run for the office of Controller, while three mayoral candidates were on the City Council while this budgetary mess exploded for years.  Perhaps asking them how the City of L.A. would fare with a sales tax of 9.5%, the highest in the County and among the highest in the nation, belongs in the mayoral debate.

Proposition A does NOT stand for Appreciative—this City Council (particularly its President, Herb Wesson) is the same one who treated former Mayor Richard Riordan with contempt when he tried to come up with a tough-but-necessary plan to have this City avoid bankruptcy.

And it’s clear that the City Council was perfectly fine with treating the rest of us with contempt as we struggle to pay our own bills and taxes.  Are we getting more for our increased fees, utility rates and taxes in return for an elevated 9.5% sales tax?

Transferring City workers to higher-paying jobs at the DWP or allowing an expensive early-retirement program—while the rest of us ensure pay freezes, cuts, or layoffs, and while the rest of us wonder if we can ever afford to retire—is hardly a statement from the Council to show it cares about us mere tax/ratepayers.

Proposition A does NOT stand for Accountable—this City Council has shut out Neighborhood Councils and voters for years, holds closed-door meetings with union officials that affect our tax-supported budget, and still holds meetings in the middle of the day to exclude us from the decision-making process that address vital issues affecting our daily existence.

And the closed-door meetings continue during what is a critical mayoral electoral campaign.  Two current and past City Councilmembers, Wendy Greuel and Eric Garcetti, are among those with the most fiscal blood on their hands, and are still focusing on the needs of the SEIU over the residents and businesses of Los Angeles who pay their salaries and pensions .

Have any of the three mayoral hopefuls who are former or current City Councilmembers weighed in on allowing more Neighborhood Council and grassroots input into the union/budgeting/taxation process that is necessary to fund and run this City?  Absolutely NOT.

Proposition A does NOT stand for Apparent—as mayoral candidate Wendy Greuel, a failed, pandering and questionable Councilmember and Controller if ever there was one, vows to expand our police force by 2000 officers and increase firefighter ranks, it’s clear she’s counting on Proposition A to pass and clear she counting on us to ignore our huge budget shortfall.

Tough love and tough decisions allow those who deserve hiring and raises to get long-overdue rewards, and while I can assure you that there are City workers who are first-rate and who deserve a raise, we’ve no plan to cut where we can and expand where it’s needed.

Spending money that doesn’t exist and then asking us to fund questionable initiatives that are anything but Apparent or Transparent isn’t leadership…it’s irresponsibility.  Proposition A rewards this irresponsibility on the part of the City Council, and doesn’t deserve our support.

Finally, Proposition A does NOT stand for Acceptable.  We still have a Downtown that’s out of control, is beholden to unions and developers who do NOT represent Angelenos’ interests, and do NOT treat those who object to this mess with civility or respect.

There’s a reason why outsider mayoral candidate Kevin James is getting so much attention, and it’s because he’s crying for reform of a process which—if not stopped, and Proposition A won’t stop this process—will certainly lead this City into Bankruptcy.  And the current/former City Councilmembers running for mayor just have too much fiscal blood on their hands.

But even if one doesn’t support Kevin James, it’s not hard to conclude that Proposition A doesn’t fix our problems.  Instead, it just fuels the fire that’s left this City’s budget aflame for years.

It’s also not hard to conclude that some sort of revenue raising will be needed to correct and improve this City’s operations, but Proposition A—A as in Awful, Asinine, or Amateurish—is entirely the wrong solution for a slew of problems that cry out for responsible, courageous and effective solutions.

(Ken Alpern is a Westside Village Zone Director and Boardmember of the Mar Vista Community Council (MVCC), previously co-chaired its Planning and Outreach Committees, and currently is Co-Chair of its MVCC Transportation/Infrastructure Committee. He is co-chair of the CD11 Transportation Advisory Committee and chairs the nonprofit Transit Coalition, and can be reached at [email protected] This email address is being protected from spambots. You need JavaScript enabled to view it. He also co-chairs the grassroots Friends of the Green Line at www.fogl.us.   The views expressed in this article are solely those of Mr. Alpern.)