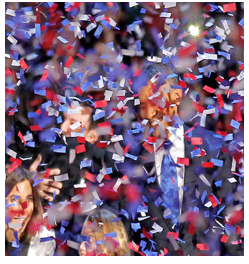 POLITICS - President Obama’s re-election does not, as some conservatives suggest, represent a triumph of socialism. Instead, it marks the massive endorsement of an expanding crony capitalism that ultimately could reshape the already troubled American economic system beyond recognition.
Nowhere is this clearer than in the President’s victory in the Great Lakes states of Minnesota, Michigan, and Wisconsin. All four of these states are highly dependent on manufacturing and, in particular, the auto industry. Without the bailout, it seems doubtful that Obama — who lost the white working class decisively in most of the country — could have won these critical states.

The auto bailouts have resulted in industrial production growth since February 2010. Furthermore, there has been an industrial revival in the Ohio River valley, with rising output of steel, although much of this has to do with expansion of oil and gas production, which Obama has also taken credit for.
Other beneficiaries of the election will be other crony capitalists, notably in the beleaguered “green” energy industry. Tied closely to venture capitalists in Silicon Valley, the renewable capitalist have been losing big time in the marketplace, the victims of foreign, largely Chinese competition, and the burgeoning natural gas industry.
The Obama victory now provides these firms with a new lease on life. Initially Obama promised to create 5 million green jobs and has pledged $150 billion to his green jobs plan over 10 years. Yet with the Republicans in control of the House, he might not be able to fund them as prodigiously as he might have wanted.
But there may be another way to bail out the “green capitalists.” The federal government and its expanding bureaucracy — another big winner tonight — seems likely to issue Draconian edicts on greenhouse gas, now that the election is over. The whole coal industry is about to get savaged by new regulations and pressure is mounting to regulate fracking as well. Destroying the competition may be the one way to bail out the “green” crony capitalists.
Other crony capitalists could also benefit from the new regulatory assault: the rise essentially of national zoning. Backed by EPA and HUD, urban land speculators could see their suburban competitors regulated — as is already the case in California — into oblivion. Regions could find themselves obliged to built often expensive, and in some cases, wildly inappropriate transit system.
This will benefit not only unions, who will build and operate these systems, but companies like Siemens who push for greater rail expansions at the expense of maintaining and improving such critical infrastructure as roads.
Ultimately the biggest winners may be those who finance municipal and state debt. Owing his election to the fiscal failures of New York, Illinois and California, Obama could have to use his executive power to forestall looming bankruptcies at the local and even state level. Ironically the biggest winner here in the crony capitalist sweepstakes will be firms like Goldman Sachs, who turned so vehemently against Obama, but have historically made much of their money on financing government operations.
Some people never seem to lose no matter what the result of the election.
(Joel Kotkin is executive editor of NewGeography.com and is a distinguished presidential fellow in urban futures at Chapman University, and contributing editor to the City Journal in New York. He is author of The City: A Global History. His newest book is The Next Hundred Million: America in 2050, released in February, 2010. This piece was most recently posted at newgeography.com)
-cw
CityWatch
Vol 10 Issue 90
Pub: Nov 9, 2012