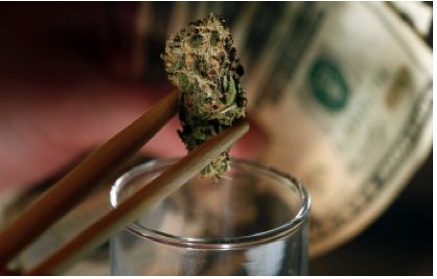 420 FILE--Under the newly passed resolution, no city department, agency or employee “shall use any city funds or resources to assist in the enforcement of federal drug laws related to cannabis.”

The action comes after Attorney General Jeff Sessions rescinded multiple Obama-era memos that had adopted a policy of non-interference with pot-friendly state laws, in what essentially allowed legalization efforts to take effect without federal interference.

“In light of threats by Attorney General Sessions regarding a misguided crackdown on our democratic decision to legalize recreational cannabis, we have become what may be the first city in the country to declare ourselves a sanctuary city for cannabis,” Berkeley Mayor Jesse Arreguin tweeted this week.

Sessions called the decision a “return to the rule of law.” And while he didn’t outright direct more prosecutions of marijuana crimes, the move outraged proponents of legalization.

“Increased federal enforcement of marijuana will have serious social and economic consequences,” the Berkeley resolution reads. “Uncertainty about potential enforcement and or enforcement itself may force established medical and adult-use cannabis-related businesses to close or move underground, which could impede the development of the newly regulated market and threaten public safety.”

While several states, including California, have legalized pot, it is still illegal under federal law.

“I believe we can balance public safety and resisting the Trump administration,” Mayor Arreguin reportedly said at Tuesday’s City Council meeting. “We’re keeping with the strong position Berkeley is a sanctuary for people in our community.”

However, the move is largely symbolic as there’s little the city could do to stop federal authorities from cracking down on commercial marijuana operations.

In 2016, under Proposition 64, California voted to legalize the drug and it went into effect at the start of this year. Under the new law, adults 21 and over can use marijuana for recreational use.

For the liberal enclave, it’s just the latest act of defiance, as the city has been outspoken in its opposition to the Trump agenda on issues like immigration and climate change.

And in an even more unorthodox move, the city is exploring creating its own crypto-currency in an attempt to establish more independence from Washington by holding an initial coin offering (ICO).

“If U.C. Berkeley does not allow free speech and practices violence on innocent people with a different point of view – NO FEDERAL FUNDS?” Trump tweeted, highlighting the conflict between the White House and the city.

(Drew Gregory Lynch posts at CalWatchdog.com  … where this report most recently appeared.)