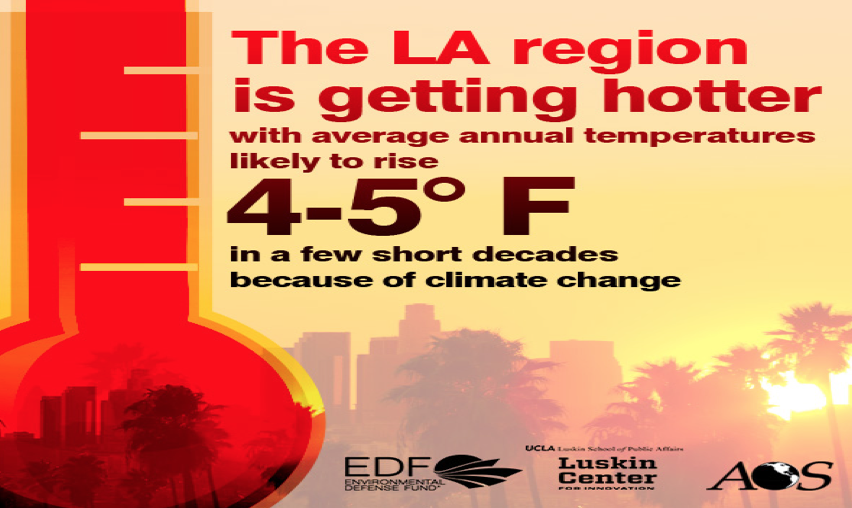 PLANNING WATCH-The mainstream and alternative press are in rare agreement that the worsening climate crisis places humanity at the abyss.

If not quickly averted, it is only a question of time until much of the planet, especially coastal areas, become unlivable, while those on higher land will suffer from wildfires, food shortages, heat waves, catastrophic storms, and a host of animal and plant diseases.

Furthermore, the worse-case scenarios are the most accurate, with the pace of climate change continually accelerating, exactly as predicted by University of Oregon environmental sociologist, Prof. John Bellamy Foster. His argument, now verified, is that economic expansion is the best predictor of increasing CO2 levels and the resulting climate.

His arguments are echoed everywhere, and I will cite a few authors, among many:

United Nations Secretary General Antonio Gueterres at the current UN Madrid Climate Conference: “. . .fossil fuels (should) remain where they should be – in the ground – and where we are on the way to carbon neutrality by 2050. That is the only way to limit global temperature rise to the necessary 1.5 degrees by the end of this century. The best available science, through the Intergovernmental Panel on Climate Change tells us today that going beyond that would lead us to catastrophic disaster.”

Carl Boggs in CounterPunch. “Recently the United Nations Environmental Program, hardly a radical source, projected that by 2030 global production of fossil fuels will more than double what can be consumed to reverse further global warming. In other words, the (UN) Paris accords are essentially null and void. The UNEP report, extrapolating from emissions data among eight leading national emitters, concludes that “humanity” is moving along a suicidal path to ecological oblivion marked by temperature increases of four degrees Celsius, perhaps worse.”

LA Times editorial: “Climate change is now simply impossible to ignore. . . . We can watch glaciers melting and collapsing on the web; ice losses in Antarctica have tripled since 2012 so that sea levels are rising faster today than at any time in the last quarter-century. Human migration patterns are already changing in Africa and Latin America as extreme weather events disrupt crop patterns, harm harvests and force farmers off their land, sending climate refugees to Europe and the United States.”

Meanwhile: In Los Angeles, despite our heat waves, rising seas, erratic weather, and wildfires, clear concern and even clearer action about the climate crisis is a rare commodity at City Hall.

On the positive side, in July 2019 the City Council established the Office of the Climate Emergency, funding a Director and one staff position. A half-year later I cannot find any further information about the new Office, including if or when it opens for business.

In addition, Mayor Garcetti’s Office has prepared several pLAn climate change documents. They are exemplary -- the latest dubbed LA’s Green New Deal -- but these are executive reports that disappear when Mayor Garcetti leaves office. Like all executive documents, they have not been subject to public meetings and hearings, EIRs, debate and adoption votes, implementing City Council ordinances, budget allocations, and measurable tasks assigned to City departments. This is why the Mayor’s pLAn remains disconnected from LA’s adopted budget and official General Plan.

On the negative side, there are bold actions that the Mayor, City Council, and City departments could undertake to respond to the climate crisis, in lieu of such ineffectual responses as creating a phantom City office or publishing short-lived executive documents.

What they ought to do: As I have frequently written, State law and the City’s Charter require Los Angeles to maintain a timely and comprehensive General Plan. The State already provides detailed direction for California cities to prepare an optional Climate Change element. Ideally, with the help of a fully staffed Office of the Climate Emergency, this crucial General Plan element would minimally address the following:

Two City programs indispensable for addressing the climate crisis can be immediately upgraded: 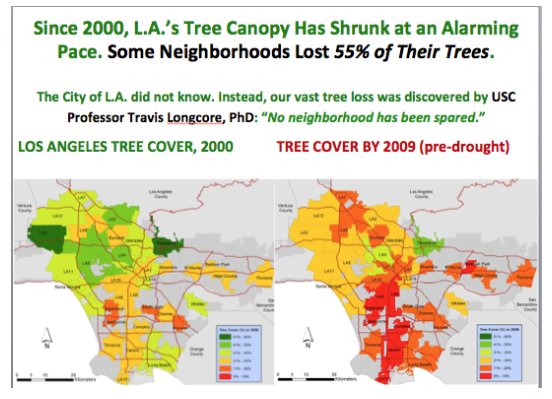 Real estate gimmicks: There are also many City Hall real estate gimmicks that should be immediately scrapped. They purport to be climate change mitigation programs but are really green-washing business schemes that increase CO2 emissions. They include re:code LA, Community Plan zoning ordinances, Transit Neighborhood Plans, and Community Plan Implementation Ordinances.  What they have in common is a hidden agenda of easing zoning and environmental barriers so developers can more profitably build expensive housing. Since this type of housing increases automobile driving and CO2 emissions, its climate benefits are phony.

Why? In pale blue Los Angeles, with hardly a Republican in sight, why is City Hall so negligent?

The reason, according to the U of O’s John Bellamy Foster, is climate change denial. While our public officials acknowledge the natural science behind climate change, they reject the social science. Their commitment to the DNA of capitalism, economic growth, in particular real estate speculation, is just as much to blame for the climate crisis as the greenhouse effect that natural scientists describe. In Professor Foster’s own words:

“The notion that technology will allow us to continue exponential accumulation without fundamentally altering our energy and our social order goes against the realities of both economics and physics. Our only way out of this epochal crisis is the immediate reduction in carbon emissions, which means keeping fossil fuels in the ground. That requires a direct confrontation with fossil capital. There is no other way.”

(Dick Platkin is a former Los Angeles city planner who reports on local planning issues for CityWatch. He serves on the board of United Neighborhoods of Los Angeles (UN4LA) and welcomes comments and corrections at [email protected]. Selected previous columns are available at CityWatch archives and the Plan-it Los Angeles blog. Prepped for CityWatch by Linda Abrams.