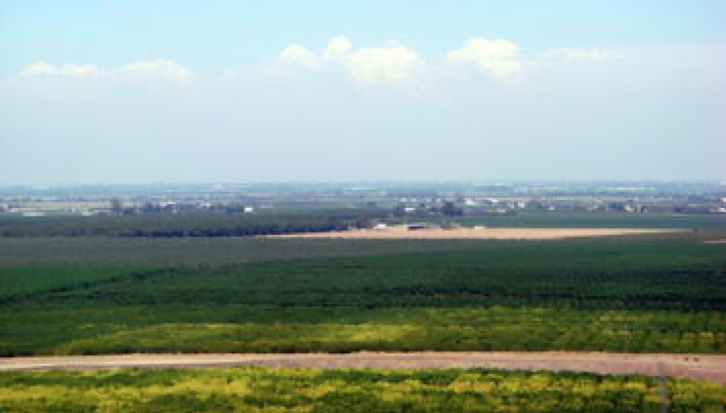 NEW GEOGRAPHY--Gov. Gavin Newsom has committed himself to look for ways of “unlocking the enormous potential” of the Central Valley, but in reality he seems more interested in slamming the door to its prosperity behind him.

In two critical moves the former San Francisco mayor has shown his incomprehension of how to address the needs of the vast California interior, particularly the over 6.5 million people in the 17 counties of the Central Valley.

The first move was a plan to divert funds that were pledged to fix the Central Valley’s key artery, Highway 99, by some measurements the nation’s most dangerous motorway, and instead sink the money into train systems in the Bay Area and the Los Angeles region. This elicited a strong reaction, and could be overturned, but Newsom’s intention of favoring urban transit over the Central Valley’s roads was clear.

The second move was revealing plans to shift away from fossil fuels and signing legislation restricting construction of oil and gas pipelines on protected public land. Losing oil-related jobs could be catastrophic in an area with several of the nation’s poorest metropolitan areas, which also have many oil-related jobs.

The gap between California’s heartland and the coastal economies has been growing for decades. Some of this reflects broader changes in the economy, notably the rise of the information industries on the coast and the relative decline of tangible businesses such as agriculture, energy and manufacturing.

Central Valley residents, not surprisingly, are the most pessimistic about the state of any region, according to surveys from the Public Policy Institute of California. They are also bearing much of the brunt for the climate change dominated policies being pushed by the coastal gentry.

Perhaps the greatest long-term damage could come in the form of new groundwater policies pushed by environmental interests. In order to keep sending water into the Delta and San Francisco Bay, and bring the Valley’s aquifers into balance, the new policy threatens to cut off water to farmers whose ground sources are depleted, something that happened to many during the drought when water was cut off to farmers. The Public Policy Institute of California says anywhere between 535,000 and 750,000 acres of Valley farmland will have to be retired eventually. Small farmers likely will be worst hit.

Pummeling the Central Valley economy comes at a time when California’s beleaguered middle class depends on finding more affordable places to live and buy houses. Super inflated housing prices have driven more Californians inland; if you include the Inland Empire, these areas constitute at least one quarter of the state’s total population, and its share has been growing for decades.

This confounds the narrative pushed by density advocates and some developers that dense cities are the future. In contrast, the one California region named by the National Association of Realtors among the 10 most popular destinations for millennials was … Bakersfield.  Certainly, the Central Valley boasts available land to develop affordable housing of all kinds. They could offer the lower density product most people, including millennials, seek. According to a California Association of Realtors survey, barely a quarter of potential buyers prefer a dense urban location.

Jobs, too, have been shifting to the interior. Both the Inland Empire and the Central Valley have outperformed most coastal areas in total job growth; outside of the Silicon Valley, notes Chapman University’s Marshall Toplansky, these are the only major areas that have produced mid-wage jobs above the national average. In contrast San Francisco and Los Angeles have fallen behind the pace.

California needs to cultivate, not enfeeble, the state’s interior. California’s environmental policies may make Newsom look good to his Bay Area donor base, not to mention the easily manipulated media, but they rob places like the Central Valley and the Inland Empire of their ability to compete against other states.

Perhaps one approach might be to lessen current regulatory pressures, for example restrictions on development due to the projections of vehicle miles traveled, now imposed statewide for the Central Valley, relieving the region of burdens largely imposed by the coastal gentry who can more easily afford them.  Residents in the interior depend on sectors like housing construction, energy production, manufacturing and agriculture that suffer most from the state’s egregious climate virtue-signaling, despite little proof of effectiveness on GHG reductions.

Newsom and his cadres need to get over their San Francisco “urban supremacist” view of the world. The focus should not be on cramming people into expensive urban areas but growing the economy in the areas that the state’s middle and working classes can afford. The real economy, like that in the Central Valley, depends not on posturing for the cameras, but basic things.  Truckers and warehouses of the interior use roads, not light rail or bicycles. Factories there need reliable and affordable energy from sources such as natural gas, hydro-electric and nuclear power; farmers depend on reasonable water prices and greater storage for drought years.

So far Newsom appears to be governing only for the benefit of his allies among the coastal gentry who can afford to live in the gilded core. He seems committed to a policy misdirection likely to create more poverty, misery and continued displacement in the state’s vast interior. If this continues, much of California’s middle class may have no refuge left than to leave for greener pastures beyond state borders.

This piece first appeared on The Orange County Register.