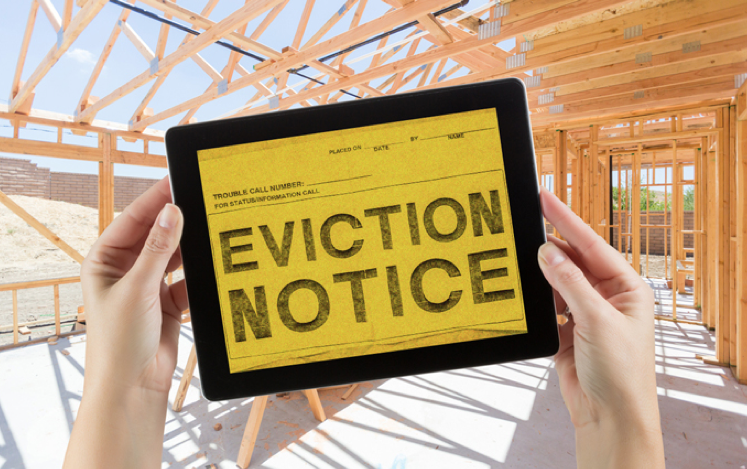 DEEGAN ON LA-Too late to help the thousands of Los Angeles renters that have been thrown out of their apartments, and not soon enough for the developers that used the Act to leverage rent-controlled housing into market rate bonanzas, the Ellis Act is finally facing reform.

Politicos are now attacking the onerous Ellis Act, saying in a Tenant Relocation Assistance Motion that, “In recent years, the Act has been misused to:

“Since 2001,” says the motion, “according to the Los Angeles Housing and Community Investment Department, nearly 25,000 RSO rental units were taken off the rental market using the Ellis Act.”

Leading the reform movement are three Los Angeles City Councilmembers (Bonin, Ryu and Cedillo) who have entered the motion to reform what has become a destructive license to kill peaceful households.

Reform will provide no succor for the Ellis victims, but may prevent a repeat of that tragedy that has helped turn Los Angeles into a Third World-like city with renter refugees sleeping on sidewalks. Part of our regrettable spike in homelessness is due to evicted tenants.

What is the Ellis Act and how has it been abused? What is the plan for reform? These questions are important for anyone who suspects foul play in the way that the law has been used. It was originally enacted, as stated in the motion, to “provide small-scale property owners with an orderly way to remove their buildings from the rental market” -- a scrupulous measure misused by unscrupulous developers to feed their greed. These developers cloaked their behavior in a city mandate to “create more affordable housing” and/or to “help house the homeless.” But instead of creating housing, the abusive use of the Ellis Act destroyed it.

The “good-bye-good-luck” model that developers use, even when greased with a ”cash for keys” exit, leaves evicted tenants stranded to find comparable housing tied to their level of income. Unfortunately for many, market rate housing in the neighborhood where they may have lived for a long time in RSO (rent-controlled) housing, is now out of reach. This results in relocation away from their neighborhoods into ones that are more affordable, distancing themselves from their communities and workplaces.

This is how renter refugees are born, and why the homeless ranks now include people who are not necessarily mentally ill, drug and alcohol dependent, suddenly or chronically unemployed, or the asphalt cowboys who prefer living without accountability. These “refugees” are everyday people who just lost what was for them their affordable housing.

Some of the language of the new motion drives home what thousands already know:

What do Councilmembers Bonin, Ryu and Cedillo, and hopefully, a majority of their council colleagues, want in their motion? A few big things, including more generous tenant relocation assistance and “allowing tenants who are displaced as a result of demolition to be provided the right of first refusal to move into the new building, and have the right of first refusal to rent the new below-market rate units designated to replace the units that were demolished, at the rent that would have applied if they had remained in place, as long as their tenancy continues.”

For tenants, waiting to return to the same address and resume an affordable lifestyle at a fair rent could be a manageable time out. But they will need patience and fortitude to accept this type of offer. And for developers, having to return former tenants, by right of return, at a fair rent -- it’s about time they will be burdened.