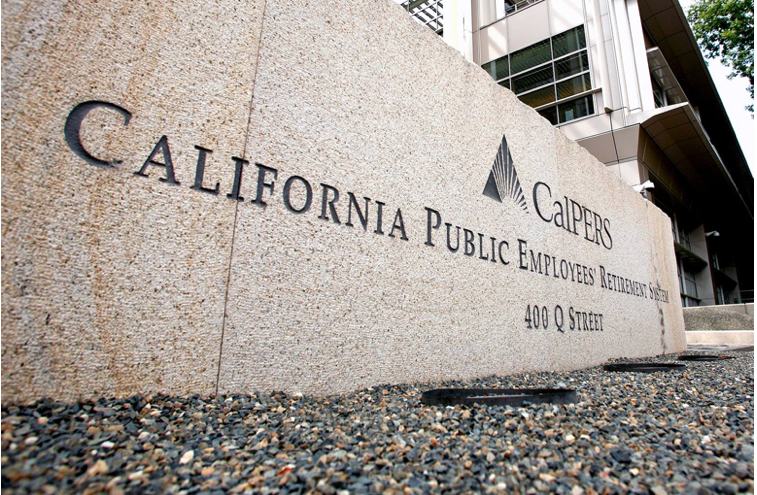 EASTSIDER-Back in 2009, Fred Buenrostro and Alfred Villalobos were simply CalPERS insider crooks who got caught and sent to jail.

The CEO and a former Board member were Private Equity crooks, by the way. What’s happening now at CalPERS is much more insidious.

I know this is a pretty rough statement, but ever since Ann Stausboll retired and we were saddled with (the challenged on many fronts) Marcie Frost as the new CEO, the CalPERS Board majority has bent over backwards to champion every hair brained scheme that Marcie Frost, her Svengali General Counsel Matt Jacobs, and their ever changing key staff dream up, playing around with our investments. Usually to our detriment.

Since then, faced with relatively low return on investments, the institution ,has adopted a siege mentality, with the key executive staff manipulating a compliant Board to hide the real inner workings of CalPERS. As well as its problems and failures.

The current election, for Retiree Board member, has exposed these fault lines in an unseemly manner, and raises questions as to whether the CalPERS Board members are simply toadies to the staff, instead of doing their fiduciary duty to the beneficiaries and taxpayers who fund the institution.

While contested elections, once a non-starter, have increased dramatically in the last two to three years, the most recent one for Retiree member, pitted JJ Jelincic, a former Board member often critical of staff recommendations, against the perfect “go along to get along” incumbent Henry Jones, late CFO of the rudderless LAUSD here in Los Angeles.

Now down and dirty elections are not a novelty at CalPERS, as I have written in the past. In 2017, Margaret Brown ran against insider Michael Bilbrey, while a financial corruption expert named Michael Flaherman ran against David Miller to fill the vacancy when JJ declined to run again. Miller, a perennial candidate, simply loved the idea of being an insider. You can find that article here.

Shocking the CalPERS management team, outsider Margaret Brown, with a school finance background, beat Bilbrey in a runoff, even as Miller beat Flaherman -- Miller living up to his promise of secrecy from you and me as the Board and Staff play around with our pension money behind closed doors.

That was 2017. In 2018, the CalPERS Executive Team received another shock when outsider Jason Perez, a peace officer from Corona, decisively defeated incumbent (and total shill for the CALPERS Management),Priya Mathur. You could start to see the freak-out.

The 2019 Retiree Board Member Election, and an Odor that ain’t Roquefort Cheese.

This year we had an election for Retiree Member of the Board, and it was a pure binary choice between JJ Jelincic, who had basically been attacked into not running when his last term expired (mostly because he questioned Staff), versus Henry Jones, who’s claim to fame was twofold. One, he has never questioned anything staff does, and two, he was CFO over the wonderful LAUSD here in LA that brought us the Belmont School Debacle. Clear stakes.

Ultimately, JJ was taken out by the most brazen, slimy 1-2-3 hit campaign that I have ever witnessed. And that means something. In all the Union campaigns I have participated in over the years, some of which were really hard core, the Department of Labor would have stepped in and sent people to jail over the conduct of both the incumbents’ fake-money-laundered backers, and the illegal conduct of CalPERS staff (who have evidently been given “attaboys” instead of disciplinary investigations).

Let’s see the details. First, JJ was endorsed by the Retired Public Employees Association of California (RPEA), which generally would produce a winner, as most of the CalPERS elections involve a relatively few votes and cash. I should point out that their endorsement was based on JJ’s willingness to speak truth to power and question how the giant fund wants to invest the $360 billion or so that pays for our (the retirees) retirement.

Not so this time. The first prong of the attack was to use the Sacramento Bee newspaper as a front for a number of personal attacks implying that JJ is a pervert who preys on women, particularly CalPERS staff women. This hit job was far from the truth, as I wrote at the time.

“So, objectively, there is no indication that Mr. Jelincic is the kind of sexual predator implied by the Sacramento Bee articles, nor is there any indication that he continued the behavior during his tenure as an employee of CalPERS. “

The second prong of the attack was for two labor organizations to create PACs to funnel money into Henry Jones’ campaign. I mean real money. Between them, something like $400,000 bucks magically appeared to fund the righteous cause of old nap time Henry. Yes sir.

Now if anyone thinks that some union simply wrote a check for $200,000, you should go out and buy some PG&E stock. I hear it’s a real cool deal.

Just like any other PAC, these were an excellent place to hide outside money from scrutiny. I wonder what outside interests were investing in Henry Jones. Especially when prior elections have been in the area of $100,000 total spending. In a prior election, Brown beat incumbent Bilbrey with only $17,000 of stash, while Bilbrey spent over $100,00 only to lose.

Anyhow, there is a good account of these dastardly deeds with a great title: “CalPERS to Announce Loss of JJ Jelincic in Board Election; Dirty, Illegal Tactics Against Jelincic Undermine Legitimacy of Incumbent’s Win.”

My tummy tells me that someone was buying someone, and I do not believe that any of this has anything to do with better governance or doing something groovy for us beneficiaries -- like maintaining due diligence for the solvency and growth of the fund which pays our pensions.

The third prong of the attack came illegally via actions by current CalPERS employees, two of whom testified in front of the Board (under public comment, no less), what a perv and scourge JJ was to the poor harassed female staff at CalPERS. Unsurprisingly, the General Counsel Mr. Jacobs didn’t raise a finger to point out that public comment must be related to an item on the Agenda, and this was not.

Further, Board Member Fiona Ma, courtesy of her position as State Treasurer, personally intervened in this campaign with mailers which (a) had her official letterhead, and (b) used CalPERS mailing lists -- as outlined by NakedCapitalism.

Add to this fellow Board Member David Miller choreographing CalPERS employees character assassination when he allowed two staff women time to attack JJ during a Board meeting, implying first-hand knowledge that JJ is a predator. Miller knows better. Then CalPERS allowed the same two women to send out hit piece emails implying that they represent all CalPERS employees.

What the hell is happening with the CalPERS Board? What are they covering up? Why won’t they comply with the law? Why does Matt Jacob wear CEO Marcie Frost like a suit to make it appear that she has a clue?

I’m not making this stuff up; you can find an outside accounting here.

This is serious stuff. Even as CalPERS investment returns are subpar, even as their Private Equity schemes go down in flames one after the other, and even as they may be on the hook for upwards of $1 billion dollars over their ill-advised Long-term Care Policy, their answer seems to be to hide everything from the beneficiaries. Using gag rules, an unaccountable CEO, a General Counsel who believes any questions are covered by attorney client privilege, not to mention constantly refusing to produce documents clearly required by State law. And that doesn’t even deal with their Closed Session problems, or their delegation of all authority to Marcie Frost.

Either there’s an incredible amount of incompetence by both the Board and the Executive Staff, or there’s something rotten in Denmark.

So here’s the bottom line. Something is rotten in CalPERS. If we can’t get any straight answers on what the Board and the Staff are doing, who needs them? I’m starting to wonder if the actual beneficiaries should get together and see about funding a class action lawsuit against the Board and Officers for systemic violation of their fiduciary duty to us all. Maybe we would be better off under some sort of court appointed Trusteeship.

(Tony Butka is an Eastside community activist, who has served on a neighborhood council, has a background in government and is a contributor to CityWatch.) Photo: Bloomberg. Edited for CityWatch by Linda Abrams.