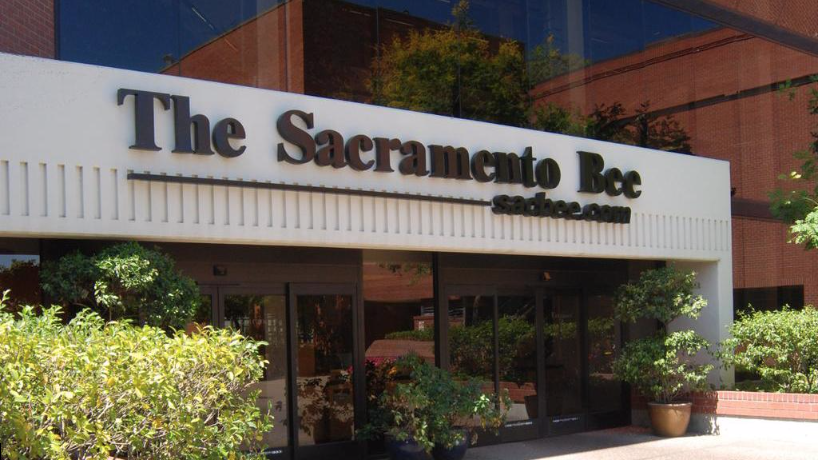 EASTSIDER-On August 30, ballots go out for an important election for Retiree Member of CalPERS Board of Directors.

On the one hand, there is the incumbent establishment Icon, Henry Jones, and on the other, is former Board member J.J. Jelincic, a man who actually understands what fiduciary responsibility means.

So why is the Sacramento Bee newspaper running a series of hit pieces against challenger J.J. Jellincic? As far as I know, nobody on The Bee’s staff is an actual CalPERS beneficiary, so what’s in it for them?

Let’s take a look at the evidence. First, on May 28, 2019, The State Worker featured a piece titled, “California retirees are facing another hot election over who manages their pensions.”

While the article is superficially neutral, it doesn’t take long for the author to start attacking Mr. Jelincic:

“Jelincic was censured by his colleagues three times. The first was in 2011 after the State Personnel Board found merit to a complaint that he had harassed three female CalPERS employees, making them uncomfortable with “up and down” looks and commenting on their appearances. He was reprimanded again in 2014 for comments he made criticizing the appointment of a chief investment officer and then in 2017 over allegations he improperly leaked information to news outlets.”

Contrast this with their characterization of Henry Jones, the incumbent:

“He’s challenging Henry Jones, an incumbent who is the first African American man to lead the CalPERS Board of Administration as its president. He’s a former chief financial officer of Los Angeles Unified School District.”

And regarding the hair-brained private equity scheme which CalPERS staff has embraced headlong -- even though reputable industry watchers have demonstrated that it will result in reduced returns for the pension fund -- we have:

“Jones said that while private equity is less transparent for members than the stock market, transparency for staff under the new strategy would be enhanced compared to the way the fund invests in private equity now, which puts the fund’s money in the hands of third-party managers.”

We’ll get into the veracity of these claims later, but for now, this is one of the major policy differences between the two candidates.

The second Bee piece, dated July 25, is, “Jerry Brown, his eye still on pensions, endorses candidate in CalPERS board election.”

Of course, reading the actual endorsement, it says:

“Henry Jones is the right choice for the CalPERS board,” Brown said in a statement. “As a former budget director and chief financial officer, Henry led CalPERS out of the great recession and brought stability back to the fund. Please join me in supporting him.”

This is a pretty tepid endorsement. And I don’t know why Henry Jones would trumpet his work with the Los Angeles Unified School District as a CFO and Budget Director, with its history of poor and very expensive budget decisions. Think Belmont Learning Center.

And again, The Bee article tries to paint J.J. Jelincic as a sexual predator:

“Brown’s endorsement comes a week after two women on the CalPERS board and a state senator sent a letter to Jelincic encouraging him to drop out of the race based on a State Personnel Board administrative law judge’s 2011 reprimand of Jelincic for harassing three female CalPERS employees. Jelincic has denied the charges.”

Third, and most recent, The Bee upped the ante with an old fashioned down and dirty hit piece titled, “This California leader has history of harassing women at CalPERS. It doesn’t seem to matter.”

The thrust of the article was:

“Jelincic, 70, was accused by three different women, all lower level administrative staffers at the time, of leering at them; of making inappropriate comments about them; of making juvenile noises that schoolboys would make as girls walked by.

He was accused of looking these women up and down, from head to toe, and moving his eyes slowly up their bodies in a way that unnerved them. 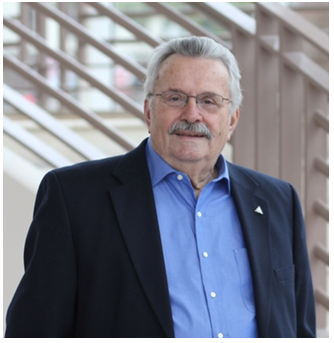 He was accused of bursting into a conference room where two women worked, looking them up and down, and then walking out without saying a word. He was accused of making comments about their clothing and appearance.

Jelincic [photo left] said in an interview this week he was surprised by the ruling and doesn’t agree with the findings. But the State Personnel Board Administrative Law Judge Teri L. Block heard consistent accounts from his accusers.

The judge found the ‘penalty of a formal reprimand is just and proper.’”

Here’s what the judge heard:

“Wow. What a perv. How could anyone vote for him?” Good job of character assassination by innuendo. So let’s look a bit further into what The Bee didn’t say.

In the past, I administered the Los Angeles County Civil Service Commission for over a decade; I also represented any number of employees before that Commission a long time ago. So let me provide some context.

A public employee accused of wrongdoing is subject to disciplinary action ranging from a reprimand, up to a suspension of 30 days or less, or permanent demotion or discharge. In any of these events they are provided with the opportunity for a due process hearing before a hearing officer or administrative law judge, who conducts the hearing and issues a ruling, subject to appeal in the cases of major discipline.

In the course of this procedure, a reprimand is the lowest (minor) level of discipline, and is generally considered to be a corrective measure designed to alert the employee to the nature of their behavior which was unacceptable, encouraging them to correct whatever caused the reprimand, and then to go forth with their career.

Such was the nature of J.J. Jelincic’s “sins.”

So, objectively, there is no indication that Mr. Jelincic is the kind of sexual predator implied by the Sacramento Bee articles, nor is there any indication that he continued the behavior during his tenure as an employee of CalPERS.

You have to wonder why the newspaper, allegedly a few steps up from the National Enquirer, is doing its best to take out the one candidate out of the two running for Board office who actually asks questions of the CalPERS staff, demands answers, and does what the law requires a fiduciary over 1.5 million beneficiaries and some $360 billion dollars in assets to do.

Unlike Henry Jones, who has never made an inquiry of the staff, unquestioningly supported the hiring of Marcie Frost as CEO amid substantial questions regarding her qualifications, engaged with a group of other Board members in secret investigations of those Board members who did ask questions, and whose only avowed goal has been to become the President of CalPERS. Well, good one Henry, you made it.

And where, pray tell, was the investigative reporting of The Bee when the General Counsel of CalPERS, Matthew Jacobs, was seen wearing CEO Marcie Frost like a hand puppet at a recent off-site CalPERS meeting?

Fortunately for us, my favorite financial services blog, Naked Capitalism, was there and wrote a piece whose title says it all: “CalPERS General Counsel Matt Jacobs Violated ‘Zero Tolerance’ Policy via Manhandling CEO Marcie Frost; Will CalPERS Sanction Jacobs or Change the Policy?”

You can find that article, including pictures, here.

Now I don’t purport to know why the Sacramento Bee chooses to front for the old guard staff of CalPERS who lead too many of the Board around by their collective noses as they make misstep after misstep endangering the long-term financial well-being of the Fund. Not to mention violating various laws, including those like “fiduciary,” and “conflict of interest,” and “secret illegal investigations,” all of which will be the subject of a future piece from me.

In the meantime, you have to wonder if this is not the first time the newspaper has gone after folks who have asked hard questions about the institution.

Last year, they did a hit piece on the NakedCapitalism blog, when it backed CalPERS staff and some captive Board members. The Bee attacked the blog for reporting truth to power. I called them out then in a piece called, “Exposed: Sacramento Bee Goes After Naked Capitalism Blog…Why?”

As I indicated in my “Takeaway” of that post:

“I could go on and on to more recent examples of misdeeds, but by now my point should be clear. Thank god for NakedCapitalism for exposing the secret actions of CalPERS, particularly their hidden ways in hiring staff, be it their CIO, outside fiduciary counsel, or Marcie Frost herself!”

You know about all the things The Bee deliberately hides. Until we know why they have this incredible bias, I don’t trust a thing they write on CalPERS. And yes, I’m still a subscriber, hoping they will right their ship.

In the meantime, talk to everyone you know who is or knows a CalPERS retiree, and tell them to vote for J.J. Jelincic to protect the fiscal and ethical integrity of the largest Public Pension Fund in the United States.