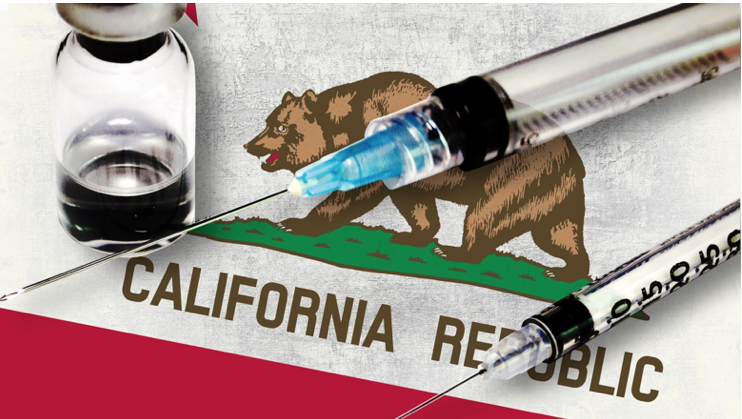 According to the Orange County Sheriff, law enforcement teams have seized over 100 pounds of fentanyl so far this year, on pace to more than double fentanyl seizures for the third consecutive year.

Also last week, a San Diego-area man pleaded guilty to supplying a lethal dose of fentanyl powder to three people who believed they were buying cocaine over the Labor Day weekend last year. One of the buyers died and the other two were hospitalized. The person who initially supplied the San Diego man with the fentanyl also died of a fentanyl overdose in a separate incidence.

While West Virginia, Ohio, Pennsylvania, the District of Columbia, and Kentucky had the highest death rates from drug overdose in 2017, California is among the states where the rise in drug overdose deaths has been statistically significant, according to the Centers for Disease Control.

Much of that is due to the escalation of fentanyl. Deaths related to the synthetic drug have exploded over the past 5 years, particularly in Los Angeles County. Back in 2014, 15 people died from fentanyl overdoses in LA County. Last year, that number had risen to 202, a 1,247 percent increase, per the California Department of Public Health. Across the state, fentanyl-related deaths increased by 614% from 2018 to 2019.

Orange and Riverside counties also saw an increase in deaths from fentanyl, both with an over 560% increase. In San Bernadino, fentanyl deaths rose by 267%. While overdose deaths from other drugs also rose, the increase was not as statistically significant as with fentanyl.

United States Attorney Nick Hanna issued a statement, “It has become increasingly common for us to see drug dealers peddling counterfeit pharmaceuticals made with fentanyl. As a consequence, fentanyl is now the number one cause of overdose deaths in the United States.”

Why is fentanyl taking such a firm grasp on the illicit drug landscape? Addiction specialists say it’s easy to create counterfeit oxycodone pills from fentanyl, the prescription drug of choice for many who become addicted.

The CDC consider fentanyl and other synthetic opioids the third wave of the epidemic, which from 1999-2017, has caused almost 4 times as many American casualties as the Vietnam War. Beginning in 2013, overdose deaths involving synthetic opioids have increased dramatically, in particular from illicitly-manufactured fentanyl (IMF). IMG is found in combination with heroin, counterfeit pills, and cocaine, as well as methamphetamine and MDMA.

Fentanyl manufactured for the black market, often in China of South America, is far less expensive than the source drugs so drug traffickers at every level of the supply chain began to cut heroin, other opiate drugs, and cocaine with the adulterant. The synthetic opioid is 25 to 50 times more potent than heroin but with a similar high. The drug has also made its way into the nation’s cocaine supply.

Close to 7 of every 10 overdose deaths are from synthetic opioids such as fentanyl, especially dangerous because users are unaware they’re taking fentanyl. Because of its high potency, users can underestimate the dose they are taking, resulting in an overdose. Cocaine users who are not accustomed to opioids are at particular risk for overdose from fentanyl-adulterated cocaine.

There are no easy answers to ending the opioid epidemic nor the adulteration with fentanyl. It’s likely a combination of law enforcement for traffickers and treatment for those with addiction, as well as education.

For those who are using illicit drugs, APLA Health  lists some tools for reducing overdose risk from drugs that might be laced with fentanyl.