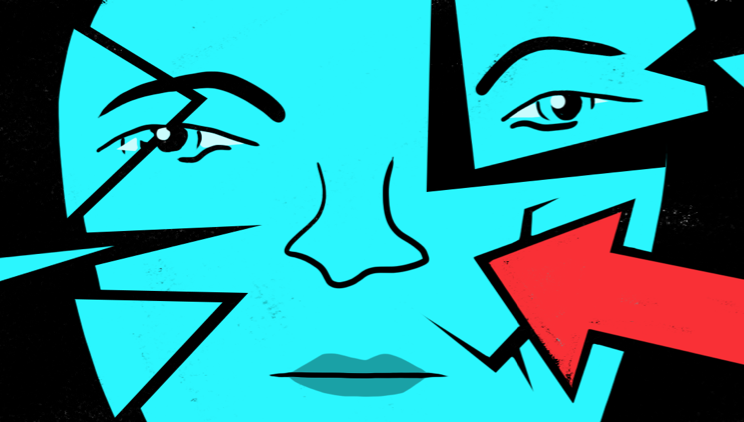 ONE MAN’S OPINION- How did America go from truth, justice and the American way, to lies, deceit and promoter of genocide of the Kurds?

Hint: Don’t blame the Orange Buffoon. Our nation was founded on two principles: (1)The need to limit power and (2) individual inalienable rights. What happened?

In 1887, Lord Acton’s summarized the inherent danger of power. “Power tends to corrupt; absolute power corrupts absolutely.” While some systems of government ignored this fact and established absolute authoritarian rule, the United States Constitution established a Republic in order to limit and check the power of men. School children learn this lesson under the rubric of “Checks and Balances.”

Martin Luther King recapitulated the Declaration of Independence’s individual inalienable rights, when in 1964 he said to judge each person by his character and not by the color of his skin.

Apparently, the Men in Black visited all politicos and used their neutralizer with its red beam of light to wipe out all politicians’ memories of the Declaration of Independence and the U.S. Constitution which established our Republic based on individual inalienable rights.

Although Trump has shown to the world that America now operates on the basis of lies, betrayal and corruption, almost all Americans refuse to take any responsibility for the current nightmare. It’s easy to blame Trump just as it is easy to blame Charlie Manson. Both are products of their own form of insanity, but a society that loves inalienable rights and limited power does not allow a Charlie Manson become President. Is Trump as bad as Manson? Most likely, he is worse. How many children died in Trump’s detention? How many Kurds were shot in the back of the head?

Internationally, it is recognized that The Protection of Civilians (POC) is the duty of any military. Suppose Vincent Bugliosi had let Manson out of jail to rape and murder. An inconceivable thought. Yet, that is what Trump did. He removed the U.S. military protecting the Kurds, knowing that Turkey’s Erdogan had genocide in his heart and the means in his hands. But also remember this – by our own betrayal of our core values, We the People allowed Trump to come to power and remain there.

Trump Did Not Make Group Rights into an Art Form

When the nation was founded, it was already a house divided based on the Group Rights notion that a certain group was entitled to own another group. Most of the Founding Fathers, however, knew that the Group Rights’ philosophy of slavery was an evil that would destroy the nation unless we eradicated it. Hence, both the Declaration with its individual inalienable rights and the U.S. Constitution with its balance of powers created the framework by which slavery would end. (Sadly, it also took a civil war, such is the power of Group Rights.)

Back in the 1830's, Alexis de Tocqueville noted in “Democracy in America,” the passion for Group Rights is strong because its initial benefits are easy to see while its long-term evils are difficult to foresee. Slavery, like Trump, had its ardent supporters. People who are inebriated with the passion of Group Rights will initiate a bloody civil war against their neighbors, even against their brothers. (A nation which is impassioned with individual inalienable rights has too much respect for each individual’s welfare to think of harming others.)

Benjamin Franklin’s 1781 admonition, “A Republic if you can keep it,” was too recondite for later generations to comprehend that without individual inalienable rights which are protected from the concentration of power, both the Republic and liberty will fail. This went right over Nancy Pelosi’s head after she left the White House meeting with the mentally deranged Trump after he called her “a third-rate politician.” She intoned Benjamin Franklin without realizing that her decades of promotion of Group Rights was a prime factor in bringing Trump to power and the nation closer to civil war.

Each group has its disingenuous myth makers explaining why their Group Rights agenda is holy and pure and why other people are evil. They believe that (1) the group is more important that individual, (2) whatever advances the group is good, and (3), some other group is evil and must be vanquished.

Each Side Should Fix Its Own House

The GOP should be combating the Right-Wing Group Rights notion that Europeans are superior and the Dems should kill off the notion of Identity Politics. Both should stop blaming the other for the sins which they themselves commit. Pelosi blames Trump in order to aggrandize her own political power, and Trump, being a narcissistic histrionic, cannot help but place himself at the center of the universe.

(Richard Lee Abrams is a Los Angeles attorney and a CityWatch contributor. He can be reached at: Rickleeabrams@Gmail.com. Abrams views are his own and do not necessarily reflect the views of CityWatch) Image: Melissa Jaskow / Media  Matters. Edited for CityWatch by Linda Abrams.