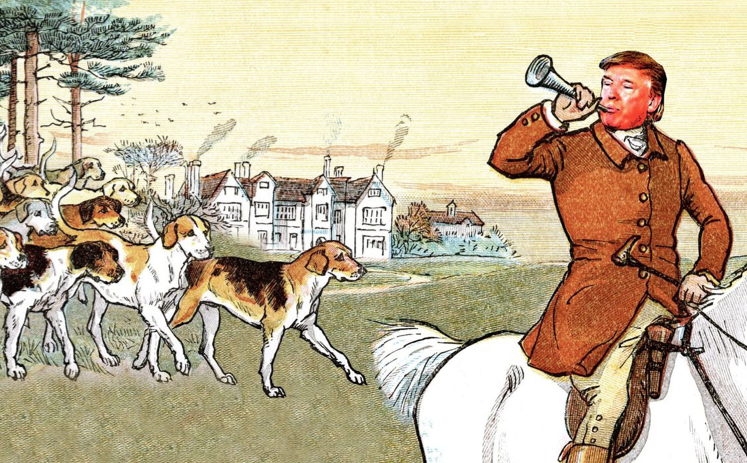 Words are his not-so-secret weapons for his fascist followers, but his words can be weapons of woe for others. His words are weapons that open the floodgates of hell for all of us non-Trumpers.

Trump's hateful rhetoric and threats of violence are not just political “oral-gami.” These are planned and folded words that have all too real consequences in the real world. Because of his words, a series of explosive devices have been delivered to prominent liberals and Trump critics, including George Soros, Bill and Hillary Clinton, Barack Obama, former CIA director John Brennan, CNN, former Attorney General Eric Holder and Rep. Maxine Waters, D-Calif. That list is incomplete.

Because of his actions, the people of Puerto Rico were abandoned after the devastation caused by Hurricane Maria, implying that they were lazy and did not deserve humanitarian aid. At least 5,000 people died.

From the bowels of his White House toilet, he has Tweeted neo-Nazi talking points and anti-Semitic conspiracy theories. He has Tweeted condemnation against the Black Lives Matter movement and has said that African American athletes who exercise their constitutionally protected freedom of protest are traitors who should be kicked out of the United States.

Trump has regurgitated that the neo-Nazis and white supremacists who rioted in Charlottesville, Virginia, included “very fine people.” He sought to ban Muslims from entering the United States and pursued a policy of separating black and brown children from their families and placing them in concentration camps. He has suggested that Latino immigrants are a natural criminal class who come to America with the express goal of raping and killing white people. Trump was and remains one of the leading voices for the “birther” conspiracy theory alleging that Barack Obama was not born in the U.S. and may be a secret Muslim.

Donald Trump is unapologetic and enthusiastic in his embrace of hateful and divisive language. It is ludicrous for him to now pretend he bears no responsibility for these apparent attacks -- although of course he does exactly that. But it is clear that the kind of violent and dehumanizing language that is the hallmark of Trump’s political style is likely to increase the number of such crimes.

Each week of his presidency soils every American. Trump mocks the presidency as he calls his alleged former mistress Stormy Daniels "horse face," degrades women who have survived rape and other forms of sexual assault as "screamers," habitually lies about matters both small and large, undermines the rule of law, shows contempt for democracy, treats the White House as his own personal ATM and wallows in racism, prejudice and bigotry.

If Ted Bundy were alive today, he might very much have used this especially gruesome contemporary twist as did the New Zealand zealot stream parts of the terror attack live on Facebook. Although that feed and other accounts apparently associated with the shooter have been taken down, the New York Times reports that both the 17-minute video and a manifesto apparently posted by the shooter have been widely disseminated on social media.

That New Zealand killer posted his hate-filled manifesto online before the attack. A Trump Devotee, he wrote that he had donated money to American white supremacist organizations, and his online manifesto praises Trump as “a symbol of renewed white identity and common purpose.”

It is commonly known by the denizens of the dark that Donald Trump is considered a hero by white supremacists and neo-Nazis. The official Ku Klux Klan and David Duke newspaper endorsed Trump for president in 2016. And the Nazi-filled Daily Stormer refers to Trump as “our leader.”

Ultimately, there are so many examples of Donald Trump’s racism and bigotry there almost isn’t enough paper or ink to list the offenses of his hellish presidency.

To the victims, the soiled president wrote, “My warmest sympathy and best wishes goes out to the people of New Zealand after the horrible massacre in the Mosques.”

My best wishes are for his rapid impeachment and an end to his presidency and the universal stink he has created around the American Presidency.