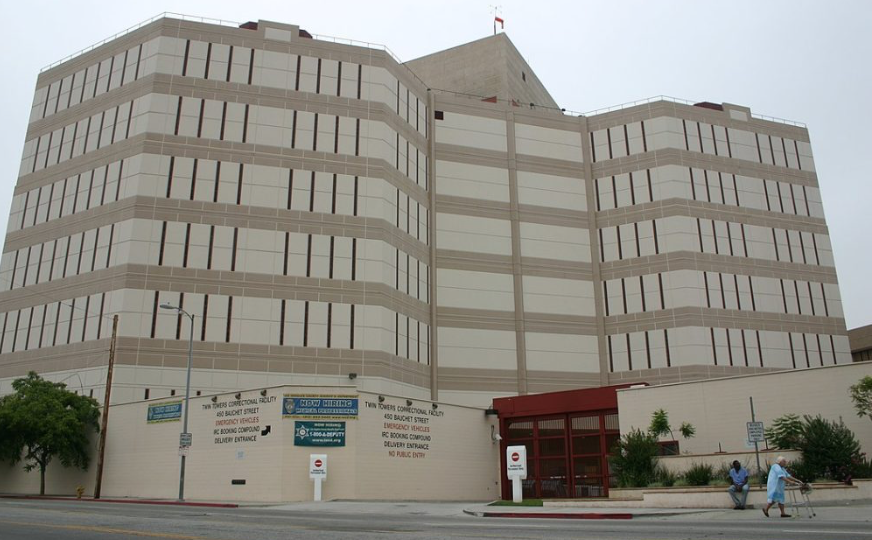 JUSTICE -The Los Angeles County Department of Probation is overcharging probationers from county jails and state prisons with fines and fees they can’t afford, while the Board of Supervisors directs the cash into county coffers before compensating victims, according to a lawsuit filed September 20 by a grassroots group of formerly incarcerated Angelenos.

At the legal clinic run by A New Way of Life, a Los Angeles-based nonprofit that provides shelter and services to formerly incarcerated women and their children, attorneys noticed a concerning pattern.

Community members who served jail or prison time persistently told attorneys that they “were being charged excessive amounts for the cost of probation, amounts that they couldn’t ever hope to repay,” said C.T. Turney-Lewis, the group’s supervising staff attorney. Oftentimes, they “have no income and were leaving probation with thousands and thousands of dollars in outstanding costs.”

A New Way of Life’s litigation team set out to examine how Los Angeles’ probation department calculates and charges its fees, and how the Board of Supervisors handles that money once it comes in. The group’s attorneys allege that the agency and governing body are violating state law by charging indigent probationers in excess of what they can afford, coercing some to waive their right to a hearing in which their ability to pay could be evaluated and by using that money to pay off probation costs without prioritizing victim restitution and other fines and fees as mandated. (When California courts order defendants to monetarily compensate their victims, these payments are channeled through county offices like the probation department. Victim restitution is meant to be paid in full before departments move on to other costs, according to state law.)

A New Way of Life sent a letter to the department and the board last month demanding policy changes and remedies for these alleged violations. It has now taken legal action alongside the Social Justice Law Project on behalf of the Los Angeles Chapter of All of Us or None, an advocacy group run by formerly incarcerated people that is affiliated with A New Way of Life, and Saúl Sarabia, chair of the Los Angeles County Probation Reform and Implementation Team. Sarabia leads the initiative to reform and develop oversight for the Department of Probation.

Representatives from the probation department and Board of Supervisors told Capital & Main that they could not comment on pending litigation. However, the board decided in April to “examine the application of fines, fees, and penalties, and determine the feasibility of eliminating some or all of these fines.” Supervisor Sheila Kuehl said at the time that “these fees do more harm than good [and] trap people sentenced for crimes, and their families, in an endless spiral of debt,” with disproportionate impact on communities of color.

The criminal justice-related fees assessed by California counties are among the highest in the country, with Los Angeles topping the list, according to a study by the Western Center on Law & Poverty, an advocacy group of legal scholars. Juveniles were once also subject to these fees, until the practice was eliminated in Los Angeles in 2009 and across the state in 2017. Los Angeles County then went a step further and wiped out $89 million in debt owed by juveniles.

There is now movement in California to eliminate these fines and fees altogether. San Francisco and neighboring Alameda County did so last year, eliminating more than $70 million in debt across the two counties. The California Senate is currently considering legislation that would do at the state level what was done in these northern counties.

Anthony Robles, an organizer with the nonprofit Los Angeles Youth Justice Coalition, knows firsthand what it’s like to face fines and fees that are impossible to pay. When he was released from incarceration, he didn’t have a job or cash on hand. He relied on welfare and food stamps and couldn’t get a full-time job due to his felony conviction and the fact that he’d started taking classes at a community college.

“Probation still charged me $50 per month for their so-called services. My total for the three years was $4,000. I couldn’t pay it,” Robles said at a September 20 press conference held outside of the Los Angeles County Department of Probation in Downey.

When he didn’t make his payments, he received a letter warning him that he could be rearrested for violating his probation. A hearing was held to evaluate his finances, and the court determined that he could afford to pay half of that amount.

“Each month I would have to scrape up $25, even though I had almost nothing to my name,” Robles said. He was sleeping on the couch in his grandmother’s apartment and struggling to get by. He paid up to avoid violating probation but said the department didn’t provide him with any services in return to help him find housing, get a job and land back on his feet. “That’s just a testament to the ineffectiveness of probation.”