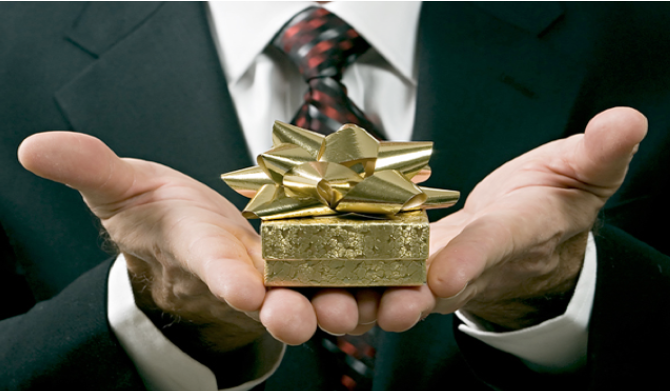 ONE MAN’S OPINION-The road to Hell is paved by the law of unintended consequences. Can one change horses in mid-stream because there was no stitch in time to save nine?

Einstein advised us what not to do – do not do the same thing over and over and expect different results. One new step that could place us on the path of prosperity and the Pursuit of Happiness is to end the criminogenic nature of LA City Hall.

As previously explained, a criminogenic institution means more than a few bad apples spoiling the system. It means that the system itself is criminal even if it may have a few good apples.

There was a time when discrimination along race, ethnic, religious and sexual orientation lines was the most significant problem. There are still pockets of bigots like the California judiciary, but for the most part, the public believes that no individual should face discrimination based on race, religion, national origin, etc.

The reason that both the GOP and the Dems push their Group Rights agendas is to divert attention from the real threats. Both Wall Street parties prefer that Americans fight with each other rather than work together to help make the world a better place. No, the Dems are not better than the GOP nor are the GOP better than the Dems. Pretending that traditional racism is the number one problem is to make the Maginot Line error. Joel Kotkin, on the other hand, presents a good description of some of the current problems which endanger us.

A Real Danger Close to Home

By now, people might be willing to admit that our criminogenic city council is the crux of our deterioration. People keep writing articles about the bad aspects of the City, e.g., the DWP, or the Neighborhood Councils, or the fraud we call City Planning. But their ink is wasted unless we rectify our central flaw: LA City Council’s criminal vote trading system.

Actually, There Is No Voting at LA City Council

Anyone who watches a city council meeting should realize for themselves that the city council does not actually vote. Here’s how the deception works: Wesson declares: “(1) call the roll (2) close the roll (3) the Ayes have it” – unanimously. Elapsed time? Two seconds.

How can a quorum of 15 councilmembers vote in two seconds? If you watch, they do not vote. They are often walking around and could not reach their vote button with a ten-foot pole. The city council’s vote tabulating machine automatically votes for each councilmember and it always votes Yes. That is not voting.

The machine votes yes for everyone because all the councilmembers have agreed in advance to always vote Yes for every project any councilmember places on the agenda. Ten thousand consecutive unanimous YES votes and the ferkata District Attorney cannot figure out that no one is voting? How brain dead does the DA have to be not to realize that an agreement to let the machine vote yes is illegal? The state’s criminal code, Penal Code § 86, makes it is a crime.

The vote trading system is the basis of the “spot zoning.” Jackie Lacey is intentionally deaf, dumb, blind and a worthless tool of the 1%, if she cannot figure out that 10,000 consecutive unanimous votes cannot happen when people actually express their own opinions. An event which would occur one time in infinity is not by chance.

Unless the LA City Charter is amended, Los Angeles will crash and burn. How much must Garcetti destroy before people turn violent? The violence will not begin in an organized fashion. We will see individual homeless people attacking others “for no reason.”  Of course, will be a reason: A criminogenic city, backed up by a criminogenic court system, will have driven people over the edge. It will not be psychologically different than the thugs who attacked Reginald Denny. A combination of a corrupt city and a corrupt court conspired to acquit the police officers who had beaten Rodney King and that atrocity was more than some people could tolerate.

A reorganization of LA City council goes by the shorthand name, “The 3/15/45 City Council,” and it would kill the illegal vote trading.

Each district would have three councilpersons who are elected at the same time. The top three voter getters all become councilmembers (no runoffs), which means that the non-developer viewpoint will always have city council representation. Because each councilmember wants to be re-elected, each will seek votes from the huge number of voters opposed to developer corruption.

When each council district has three councilpersons competing against each other for votes in the same election, there is no way to enforce the vote trading. If councilperson A puts a dumb project on the city council agenda, and another councilperson from his district votes No, then all the other 42 councilpersons will be free to vote Yes or No.

Presently, the ability to retaliate against any councilperson who votes No holds together the illegal voting trading system. If a councilmember votes No, then his district gets nothing – ever.

Do people really want to reverse the city’s decline? Unfortunately, many get a secondary psychological reward from being the victim and this makes them arch foes of any plan to end their victimization.