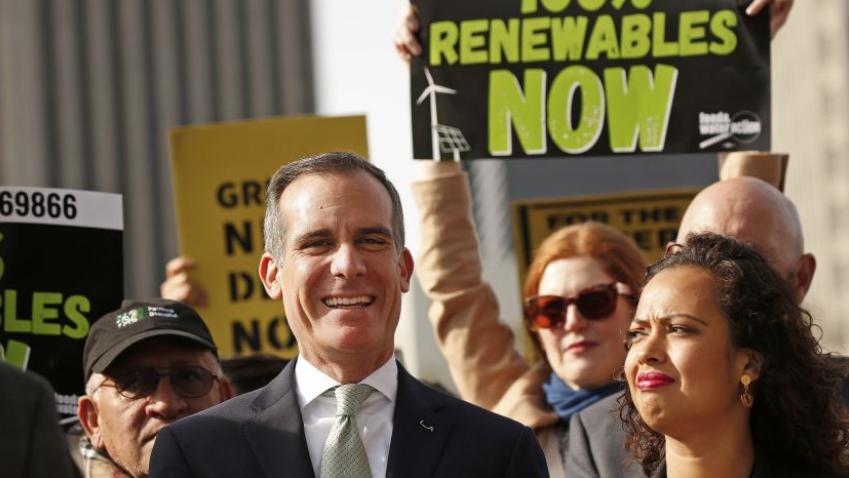 The move will make living in the City of Los Angeles more expensive for each of its four million residents. Worse, it will create a dangerous crisis for those who can least afford to stay in their homes, pushing some closer into poverty and homelessness.

The Mayor recently announced that he is pulling the plug on three natural gas-powered electricity- generating power plants at Scattergood, Haynes, and Harbor. In making the announcement, he even bragged, “this is the beginning of the end of natural gas in Los Angeles.”

But Mayor Garcetti seems to be ignoring or unaware of the fact that shutting down these plants is cause for concern, not celebration. Without access to these continuous uninterruptable sources of electricity, Angelenos are left stranded. The city will have no choice but to import more expensive electricity.

Last year alone, California imported up to 29 percent because it could not generate that electricity in-state. Garcetti’s planned natural gas-powered plant closures will only aggravate the problem.

While the Mayor may feel good about his all-out war on fossil fuels, he has yet to answer the question: What cost will be to our city of severely cutting local electricity production?

The Mayor, Governor, and many elected officials in the majority party are deliberately ignoring the fact that plants generating natural gas currently provide about 47 percent of the state’s electricity, and the state has NO PLANS to replace that with renewables even as demand is growing, increasing the need for more expensive imported power.

Garcetti’s support of California's lofty pursuit of switching to 100 percent use of renewable energy sources by 2045 is a dangerous and costly one. California has already phased out nuclear reactors that generated dependable carbon-free electricity.

Despite the hype over the ever-increasing connected capacity at wind and solar farms, none have the capacity to replace hydro, natural gas, coal, or nuclear generating plants that are providing continuous and uninterrupted electricity to people and businesses.

The costs are already being borne, ultimately, by residents paying 50% more, and industrial users paying more than 100% more than the national average for electricity. California businesses pass along the higher electricity costs they face into the price of the goods and services we buy.

Higher electricity costs are having a ripple effect on the local economy. As more money is spent on electricity, less will be available to spend on food, fuel, housing and all other daily necessities. This could also mean a loss of jobs which would only exacerbate Los Angeles’s housing and homeless crisis.

In its 2019 count, the Los Angeles Homeless Services Authority (LAHSA) reported that there were close to 60,000 homeless people living in the county, with more than 36,000 of them in the city. All but about 25% live on the streets. This frightening statistic will only get worse as the cost of electricity becomes an increasing burden.

You might think that the new requirements to put solar panels on all newly constructed housing might help solve this crisis. In fact, it will instead add more than $10,000 to the cost of each newly built home.

Sadly, it seems that the Mayor may be oblivious to the fact that his efforts to increase the cost of electricity in the coming years will serve only to place more financial burdens on the backs of those who can least afford them. The direct result will be an increase in the number of people living in poverty or being homeless on LA’s “streets of shame!”

(Ron Stein is Founder and Ambassador for Energy and Infrastructure at PTS Advance.) Prepped for CityWatch by Linda Abrams.