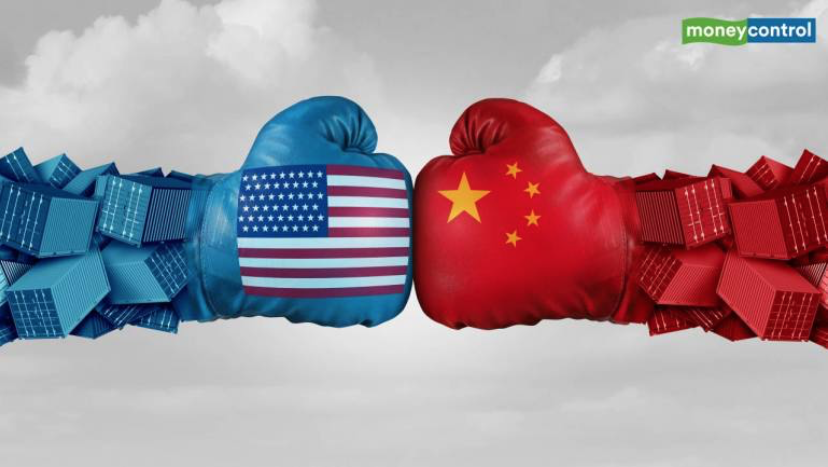 GELFAND’S WORLD--Most of us have gone on the assumption that at some point, a new president can and will undo the Trump trade war with China by abolishing the tariffs and promising that the lapsed tariffs won’t be brought back.

But there are also chances that some of the damage is not repairable. For one thing, the Chinese are and have been looking for alternative sources of commodities such as soy beans, and once those new sources are online, recovering the lost business is difficult. It means taking it back after it has gone to places like South America and the Black Sea area. Even if American farmers get some of the trade back, they probably won’t get all of it. Second of all, the Chinese may decide that inflicting at least some long-term damage on the U.S. economy is a useful (important) lesson to inflict on the U.S. and also a message to the rest of the world. “Don’t mess with us, or you will suffer.”

A curiosity: The standard mantra of the right-wing supply siders was that the great depression was brought on by the Smoot-Hawley Tariff, which slowly strangled the economy. Jude Wanniski, a follower of Arthur Laffer, pushed this idea in a Wall Street Journal article and in the book The Way the World Works. Recently, Donald Trump gave Laffer the Presidential Medal of Freedom, while simultaneously carrying on a trade war involving the imposition of punitive tariffs. My irony meter is slowly melting down.

What is the Trump administration doing in response to news that the economy is showing signs of weakening? In particular, what is this administration doing in regard to widespread claims that the Trump tariffs are provoking an economic slowdown? As you might expect, the Trump administration speaks out of both sides of its mouth on the question. The most stunning event of the last 48 hours came when Trump was asked by a reporter whether he was having second thoughts on the tariff war with China. His answer was, “I always have second thoughts.” This cryptic response provoked a flurry of speculation around the world, ultimately resulting in a high ranking White House official going on camera and explaining that the “second thoughts” weren’t about reducing the tariffs, but raising them even higher.

So here you had a White House official trying to maintain a teensy little bit of stability in our economic policy. It might be a crazy policy, but it was something that the White House had previously been fairly unified around, at least in public. It must still be a trial to be a White House Official, what with the president undercutting everyone else on next to no notice. Sometimes he even undercuts his own policies.

And that leads to this thought about Trump: Maybe this guy is just kind of stupid. He obviously doesn’t have a lot of ability to speak off the cuff. His best speeches are delivered from the teleprompter, suggesting that he doesn’t have any thought or understanding of deeper policy.

Let’s restate that point a bit – his best speeches are the ones he gives to his adoring fans, the speeches that consist mainly of insults and old bragging rights. We’re not going to hear a carefully thought through analysis of European refugee issues from one of those speeches, but we might get a new nickname for the latest Democratic polling leader. It doesn’t take a deep intellect to play the junior high bully.

Another take on this White House can be found in a piece from Talking Points Memo called The Buck Stops There. In a situation where any other administration would be thinking hard about staving off a recession, this White House is looking for a scapegoat.

With the abrupt retirement of Andrew Luck from the Indianapolis Colts, we are up to about half a dozen NFL stars who have decided to take off before they are past their prime (past their prime is the way most veterans end their careers). I have to think that the more intelligent players who are financially set will more and more see things in this way. The clue is the increasing understanding of chronic traumatic encephalopathy, which we might dub football brain. Earlier generations became aware of the effect on the brains of boxers, colloquially referred to as punch drunk. It turns out that some of the best football players of the last generation have ended up with a syndrome that is different, but equally disabling.

The question is whether American football is headed towards a long term decline analogous to what happened to boxing. The generation that saw the young Cassius Clay and the older Muhammed Ali got the point.