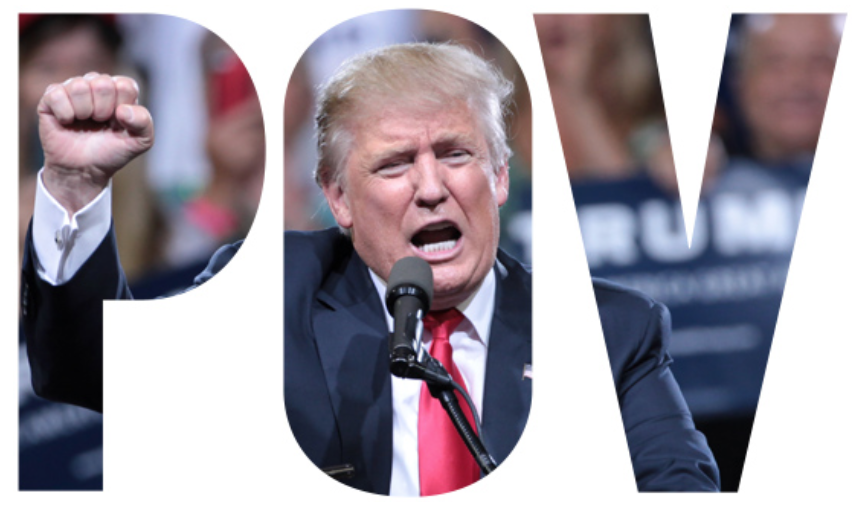 CHATMATES-As we move toward Election 2020 (in about 444 days), much has been made about this current president.

There are folks who see him as a Russian asset, a white supremacist, and so on. On the other hand, some view "Mr. T" as the savior of the Republican party, our "Protector from Fake News," and the like. Whatever the case, this "Cult of 45" seems to have changed the political landscape as we once thought we knew it.

It seems that people, en masse, have gathered within their "Royal We" party groups, drawing their respective lines in the sand. However, we must not forget that sand moves around a lot. That said, I maintain that politics, even today, is not as binary as many folks believe, or perhaps convince or attempt to convince themselves to believe. May I offer myself as an example? I've written a couple of op-eds called, "Why I Left the Left," and I've also written about why we need more common sense (which is not so common) gun law reform and awareness. The first articles sound like "Right Aisle," but the latter one is more "Left Aisle."

I favor his stance on immigration. This may be an uncomfortable truth, but many immigrant detention centers were built during Obama's term, and Obama, in truth, deported more folks than any president -- so far. Speaking of immigration, let me offer a theory which is quite popular "right of the aisle," which I believe has some merit: the Dems in Congress actually want near-open borders. Why? The theory is that there are about 22 million undocumented people in the country (according to MIT). If and when a Democrat president potentially gives them all amnesty, many, of course, are going to vote. And they probably would not be going to the polls, donning a MAGA hat.

I also applaud the 45 on his Make America First policy (as opposed to Blame America First), as well as his tough foreign policy (e.g., Iran), and his "bite-back" ridicule of the often left-leaning mainstream media. My final pro-45 statement is that I respect Trump’s push-back on the Democrat party leadership’s "stabbing Leftward" movement.

On the other hand, I'm deeply concerned about the President's attempt to lift pollution quality standards, especially for cars. Our air, water, and soil are not to be tampered with, just for political or economic gain. Also, the increasing reliance on coal, albeit "clean coal," seems a bit futile in the face of a wave of so many renewable endeavors.

My third Trump-gripe is, I believe factory farms are the real concentration camps (for animals) in this country, and the administration has done nothing to mitigate that, and in fact, may have enhanced it. (There is a reason why factory farms don't have windows.) I think I'd be "OK" with animals raised for food if they came from family farms (like the "nice" ones painted on all those dairy trucks) or from natural hunting. Truly, there could be so much less "from crate to plate" suffering that way.

Next, our National Parks like Bears Ears and others are losing their iconic foothold in the once-assumed "forever tapestry" of the physical American landscape. Note to the "Notorious 45": We don't have to mine everything, everywhere.

My final gripe is, I’m not a fan of many of his reckless tweets. Words have meaning.

And so, there is my "pro/con" Trump list. Now, allow me to diverge a bit from "all about Trump" to what may be a more important issue: "loyalty to party royalty." You see, as I made my list, I realized something. Maybe we don't have to be a Democrat or Republican, or Green, or Peace and Freedom, or Libertarian...or anything. Maybe the whole idea of party has, or should have, run its course.

Perhaps parties hurt the political process more than they help. And maybe it's possible that we can be both conservative and liberal. Yep, I said that. I think the fringes of both parties have muddied the majority of the populace, so much so that many folks think they have to be on the far end of their party to be a loyal party member, while never really questioning why they need to be in the party.

I think it's time for US (no pun intended) to stop trying to meet our party as it traverses the spectrum...but rather for our parties to meet us where we are. This would impede the self-fulfilling prophecy of marching (potentially) off the alt-Left and alt-Right cliffs respectively.

Last thought: There's a bit more yet to be said about identifying with what we really feel, rather than accepting a cookie-cutter party label. If someone asked me right now, "Are you Dem or Republican?" it’s hard to say how I’d answer. What about, "Are you conservative or liberal?" It's still hard to say. But, if I drop the labels, I absolutely have an answer to "what I am" (although that will likely change in the future.)

The verdict: I'm socially conservative, environmentally liberal, conservative on foreign policy, technologically liberal, and fiscally conservative. And on matters of gun control and Constitutional interpretation, I'm both. “Nay,” you say? “You’re both left and right on gun control?” It's absolutely possible to be both. But one can have a strong belief that "the Second Amendment ain't goin’ anywhere" while still acknowledging that guns must be respected but never glorified, as they often are by the NRA and Hollywood.

Issues do not have to be so black and white. Why? Because, they usually are not. But we often make them black and white, hoping to make the world easier to understand. However, even if we try to create a distinct contrast, myself included, reality takes hold and paints those issues in shades of grey. May God give us the wisdom to know the difference.