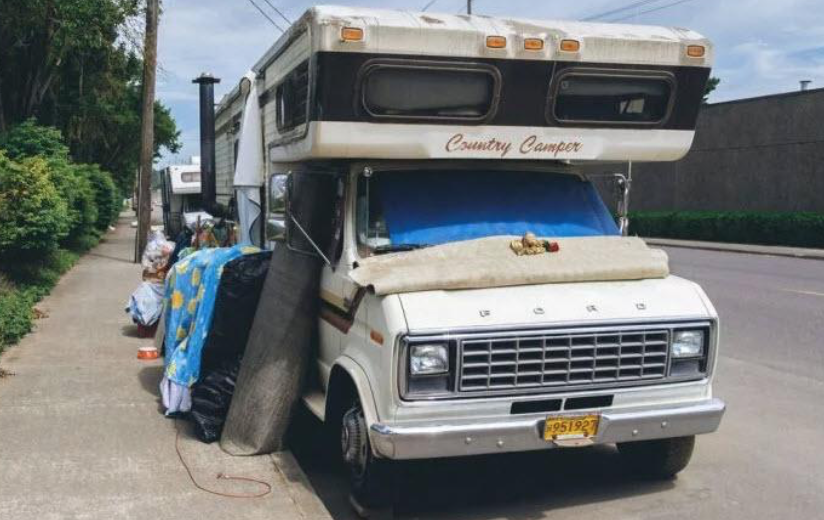 EASTSIDER-Not too long ago, in June, Eric Garcetti proudly announced that he took “full responsibility” for LA’s homeless. You can read the lovely rhetoric here.

And the news media ate it up, glossing over the reality that most of the public resources going to address getting people out of homelessness come from the County of Los Angeles, not the City. LA County has a number of departments that provide supportive services such as health, mental health, medical, and other services that help the homelessness return to a normal life.

So let’s see what LA City is really responsible for, and what they are doing in the real world -- other than the planning and housing policies that have made more people homeless in the first place.

LA City’s Measure HHH was the biggie; just read the lofty ballot arguments. Of course, after it passed, the Mayor and the Council encumbered most of the $1.2 billion HHH Bond Measure funds for 2-3-year long projects to create “affordable housing.” Totaling something like 5000 units.

In another Mayoral initiative, the City was supposed to provide clean streets for us all, including the homeless. Yet a look around town shows piles of rubbish and rats in the trash. While the homeless get blamed, the City refuses to look at the businesses around Skid Row which basically admit in private that they dump trash in the streets because of the outrageous fees the City’s new monopolies charge for hauling commercial trash.

Way back in 2016, I wrote an article called Zero Waste and Dirty Politics, in which the title says it all: How the Department of Sanitation (with the aid of the Mayor and Jose Huizar) did away with free enterprise in which owners of commercial properties and apartment buildings used to decide who to hire to haul their trash. But then the City, over the objections of their CAO, divvied up the trash collecting pie into regulated mini monopolies.

No Nasty Homeless in Our Neighborhood

So here’s what the Mayor and the City really think of the homeless, especially when it comes to living in their cars or RVs because they have no choice: Screw ‘em. And by the way, a shout out to the LA Times for great reporting. You can read here the sad details of the July 30 Council meeting where they shopped the homeless once again.

As background, and as the Mayor is well-aware, this was after two federal appeals courts gave the City a bloody nose. In the first case, widely reported, the court said the City couldn’t confiscate and destroy the belongings of the homeless when they are forced to temporarily live on sidewalks. In the second case, the 9th District Court of Appeals struck down LA City’s Ordinance outlawing people from living in vehicles.

That was in 2014. The latest City effort was a Municipal Code prohibiting people (I guess they had to classify the homeless as “people”) from sleeping overnight in cars, RVs or whatever “vehicles” they have. The Ordinance creating these prohibitions was passed last year so that the Council could do a review of the issue.

CD 13, Councilmember Mitch O’Farrell, the maker of the Motion, stated in the text that:

“The review includes a reassessment of the vehicle dwelling policy, its implementation, and potential amendments to improve the policy, including establishing incentives for communities to embrace safe parking in their neighborhoods.”

Of course, this being LA, the Mayor and the Council didn’t do anything, and suddenly they woke up to the fact that their existing ordinance expired on July 1. Holy moly, shazam, and the Council met on July 30 to pass an emergency extension.

So, the six-month extension has nothing to do with a solution. They had to do this, on an emergency vote, because the existing restrictions automatically expired. Great planning, ain’t it?

The politicians are between a rock and a hard place, and Mayor Eric Garcetti doesn’t have a clue how to “own it.” Except duck. The truth is that Homeowners Associations, Neighborhood Councils (most), and tax-paying voting residents of LA City don’t want the homeless anywhere near them. Period. And all the City’s shenanigans simply reflect the fear of the elected officials that they could get voted out of office.

There seems to be little debate that there are around 9000 homeless who sleep in their vehicles, and something like 500 would be covered by the City’s so-called “Safe Parking” initiative. Do the math. While Councilmember Mitch O’Farrell’s motion talks about a “review” of the Municipal Code, let’s get honest. The City has been playing with itself since 2014 and has taken no meaningful action.

At the same time, let’s get real about how LA City’s policies have created and exacerbated the homeless problem as they crush the old apartment housing stock in favor of $2000/$3000 dollars per month unaffordable “affordable” housing. Maybe on a Councilmember’s salary this is affordable, but not for most of the working men and women with low paying jobs.

By the way, hats off to the New York Times, which published a great article on July 31 called, “What It’s Like to Live in Your Car.”

I urge everyone to read it to get a taste of what is at stake for all of us who live and work here in Los Angeles. It’s heart-wrenching, real, and could happen to any number of my friends and neighbors.

My take is that Mayor Garcetti’s “ownership” of homelessness is the empty pitch of a termed-out politician who has absolutely no concept about how to solve the problem, or even how to stop the bleeding.

Ditto for the LA City Council. Let’s see what they can do in six months that they couldn’t do in the last few years. Other than lose court cases.

PS: Hat tip to Katherine McNenny, a local Skid Row activist. She gave me a shout out that there’s an active group called SELAH, a Neighborhood Homeless Coalition. For those interested, you can find them here and on Twitter.