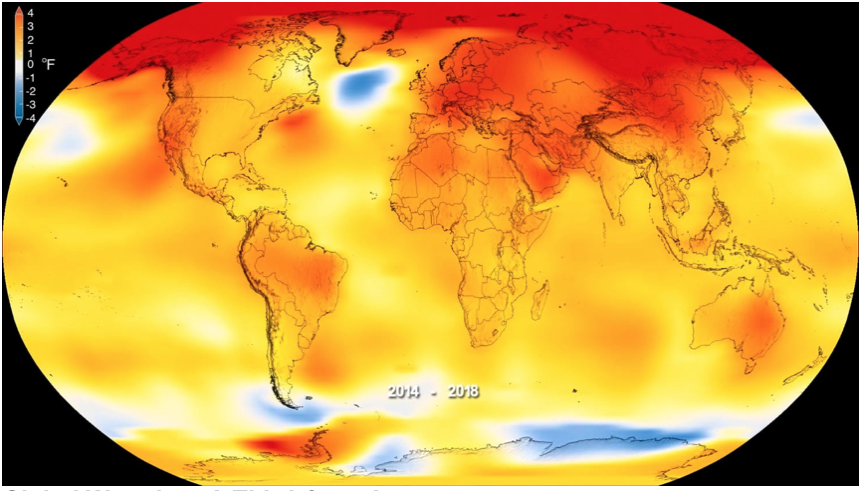 GELFAND’S WORLD--I would like to extend upon Tim Deegan's excellent article from last week, "Help wanted: a climate Czar for LA" The article comments on action taken by the Los Angeles City Council to create the Climate Emergency Mobilization Department.

In brief, Deegan's piece describes the pernicious effects that global warming is already having all over the world, ranging from the African deserts to the arctic. He then discusses the issues here in Los Angeles.

Deegan's article is particularly interested in environmental justice, which is the commonsense notion that poorer neighborhoods suffer disproportionately from all the toxic byproducts of modern industry, including air and water pollution. The lesson is that we have to do two things: First we must reduce or eliminate our contribution to greenhouse gas emissions. Second, we must ameliorate the effects of that switch on the people who would be most affected economically.

Thus, our attempts to minimize greenhouse gas emissions have to be carried out in concert with defense of the incomes and health of the underprivileged people who would otherwise be harmed. It's not enough to protect Bel Air from global warming, we have to protect the oil refinery workers from economic devastation and the people who live downwind of the refineries from current toxicities.

One consequence of such a philosophy is a proposal to shut down the natural gas power plants we currently have in El Segundo and the harbor area. This won't by itself deal with job losses, but it might have some effect on global greenhouse gas emissions.

I would like to offer a third side to the challenge of global warming. The promise of increasingly bad heat waves creates the possibility of fatal conditions, much as the European heat waves resulted in tens of thousands of deaths in recent years. A really bad heat wave could trigger power outages -- a double whammy that would be sure to result in mass morbidity along with the danger of a large number of deaths. This is another sort of challenge to electricity providers. It is also a challenge to local governments, nonprofits, and even to real estate developers.

More recently, utilities have attempted to get consumers to lower their energy demands by turning their thermostats higher in periods of high demand. But what will happen when the temperature goes to 125 degrees (down to 122 at night) and stays there for 5 days, triggering massive power outages along the way?

A few years ago, the Zocalo public lecture series held a debate about whether local governments should start planning defenses against the eventuality of serious global warming related events. Should Gulf Coast and Atlantic seaboard communities prepare for increasingly violent hurricanes? Should Los Angeles prepare for increasingly bad heat waves? In other words, can we remedy the effects of global warming in advance?

At the time, the counter-argument went like this: If we tell people that we can mitigate global warming (even if it's just to some extent), then they will be able to be more complacent about the process as a whole. The result of such actions could be to reduce public pressure to prevent global warming at its source.

This whole line of argument has been rendered almost entirely obsolete by the incontrovertible evidence that assails us. If even Senator Lindsey Graham is talking about the reality of global warming, the dam has burst. At this point, anybody who continues to be in denial is not going to be amenable to logic anyway.

We may not be so vulnerable to hurricane-type events out here. What's been happening in the gulf and along the Atlantic coastline is an exacerbation of what was already happening.

But we have a near-desert climate that it is subject to occasional heat waves. Most of us can remember some week in some year where the daytime temperature got near 110 degrees.

So, what if we have a week where already burning temperatures were pushed up another 8 or 10 degrees? specifically, suppose the San Fernando Valley faces temperatures of 123-126 degrees for more than 4 days, and which continue during the night time hours at only a few degrees lower?

Europe suffered through less severe heat waves in 2003 and 2018, and tens of thousands of people died as a result.

The corollary to this line of reasoning is that electricity providers have to build in safeguards against power outages that would be provoked by intense heat (itself hard enough on machinery) and by increased demand for electricity to run air conditioners. It's not obvious that modifying our power generation to eliminate greenhouse gas emissions can be done while keeping our generating capacity bullet proof against massive heat emergencies.

But there is yet another issue facing our next Energy Czar. It's the planning for such heat disasters. Imagine a week in which a large part of the San Fernando Valley is baking and simultaneously without electricity. Hundreds of thousands of people are miserable and tens of thousands are in danger of dying. (In other words, what happened in France just a few years ago.)

At the moment, we don't have enough places with auxiliary generators and air conditioning to serve that large a number. We can imagine a few homes with their own backup generators, and perhaps those homeowners will open their doors to their sweltering neighbors. But what about the next big heat wave after that?

Advance planning for a series of major heat waves involves consideration of how many dwellings and people will be involved and what we could possibly do about it. For example, the authorities in their wisdom might eventually place strict limits on how much electricity each house can draw from the grid. This could inspire the design of a new generation of coolers that run on limited power.

But that's where developers and home builders come in. We've all seen television shows involving safe rooms where people can barricade themselves off from attackers. Perhaps at some point, architects will start to design small areas that will provide tolerable temperatures in each home, even as the remainder of these houses are hot as ovens. These will be the equivalent of safe rooms but providing protection against heat rather than intruders.

Meanwhile, the Energy Czar should start considering how to provide survivable temperatures to large numbers of people across a wide area. It would be something analogous to Red Cross shelters but would have to provide for at least a week of generator power to run adequate air conditioning. A few years ago, the county published a list of cooling centers for people to visit during hot days. They were, for the most part, places like public libraries and government centers. It is clear that the 2017 list of cooling centers would not be adequate to protect even a hundred thousand people, even if they could keep the electricity going.                  is a broadly based conceptual framework that attempts to deal with all manner of stresses and strains, from earthquakes to financial recessions to global warming. There's nothing wrong with the idea per se, but viewed critically, the plan is yet to take wing and show positive results. The topic of this column fits neatly into the concept of resilience in the face of global warming. It will be interesting to see whether the new general manager of Resilient LA develops a working relationship with the Energy Czar and with neighborhood councils in an attempt to protect Los Angeles residents from the potential of future heat catastrophes.