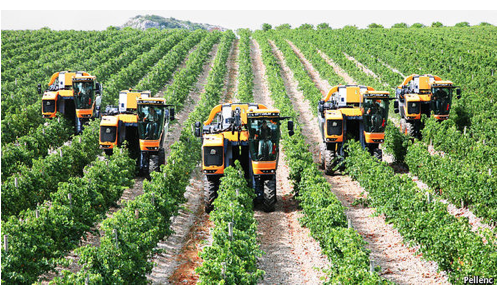 Whether by sight, taste, touch, feel, or smell, it’s only too obvious that “food” affects every aspect of life and is key to crucial life-supporting ecosystems. Day-in, day-out, every living thing needs food.

If, by chance, ecosystems were to cease functioning, the human jawbone would plop open, and remain plopped open, gaping and, over time, morph into a zombie-like end game that includes people preying upon other human beings.

All of which serves as a prelude to Julian Cribb’s brilliance as an established and celebrated science writer. A recipient of 32 journalism awards and author of ten books, his new first-rate book is now available for pre-order.

As cited in this important book, “The world faces the greatest threat to global food supply in all of human history… There has never been a situation faced by the entire human population at one time to compare with today’s….” (pg. 62)

Cribb takes readers on a wild ride through human history with jolts along the way. “Most people who die in wars perish from hunger,” he writes.

“Food or War” is not only a page-turner with Cribb’s clear, precise prose, but in t’s also jam-packed, like a textbook, with significant facts and statistics about the biosphere. It belongs in the hands of people who deeply care about the deteriorating condition of our poisoned planet. And yes, based on very compelling evidence, the planet is poisoned.

Not surprisingly, according to Cribb, food is the primary dynamic behind human conflict “…since the dawn of civilization – and not merely its lack. Also its abundance.” The great civilizations arose in fertile river valleys like the Nile where water and food were plentiful. (pp. 4-5)

But “…time and again, the fertile regions of the world have spewed out great armies, bent on conquest, plunder and often, on the acquisition of fresh lands in which their people can flourish. But first they must displace or absorb the conquered.” (pp. 4-5)

It’s the single biggest question of the century and requires careful study. Cribb’s explanation elicits pause: “The basics of the global food system, which today feeds seven to eight billion people, were developed by the ancient Romans. Their model of mono-crop, broad acre export agriculture has been taken up worldwide.” (pg. 86)

Continuing, “…Food is the product of an ‘Iron Age system’ yet super-charged and propped up by the addition of recent high-intensity technologies, chiefly chemistry, fossil fuels, and biotechnology. And, knowing there are devils lurking in the details, fatal flaws are exposed, by the bucketful, especially in light of an already crippled, hobbling biosphere,” and, as Cribb’s says, “…the overheated, over-populated, over-exploited planet.”

Unquestionably, the Iron Age system is increasingly looking shaky, especially in the face of not only an over-populated biosphere, but that the same biosphere is undergoing earth-shattering changes that scare people and force eco migrants to flee across assorted landscapes. This is due to erratic climate behavior, loss of precious soil, water scarcity, and chemical pollution, as well as the onset of collapsing ecosystems for the first time in human history, as for example, the loss of 75% of flying insects from Germany’s skies. What’s responsible for killing flying insects, en masse, in over 60 “protected” nature reserves?

Recently, a key study, EAT-Lancet Commission/2019, issued a “highly authoritative warning” to the world at large: Even though food systems can potentially nurture health and also support environmental sustainability, “they are currently threatening both.”

That’s a mouth-dropping warning that’s difficult to fathom, especially knowing that the flawed food system is not properly analyzed for public consumption in the first instance. “Food or War” corrects that egregious failure to “level with the public,” and it does so in wonderful style, even when dealing with thorny issues.

The modern food system is broken and needs fixing. It endangers human health and destroys ecosystems. As such, agricultural experts claim “business as usual” for farming is no longer a viable option. Rather, it must, must, must change: “We must take a more ecological approach.” (p. 88)

Along those lines, Cribb quotes Dr. Jane Goodall, the world-famous anthropologist: “Someday we shall look back on this dark era of agriculture and shake our heads. How could we have ever believed that it was a good idea to grow our food with poisons?” (p. 93)

Unbelievably, more than 2,000 and 4,000 different chemicals and pesticides are used in farming, and more than 2,500 chemicals are intentionally added to foods to modify flavor, color, stability, texture, and costs. Many, if not most, of these chemicals over the decades have not been properly analyzed for toxicity to humans.

As a result, the scientific literature is crammed full of thousands of telling studies, “with mounting evidence,” that chemicals are implicated in a global pandemic of (1) cancers, (2) brain damage, (3) sexual dysfunction, (4) allergies, (5) hormonal and developmental disorders on a level that humanity has never experienced.

Little wonder that human health care costs have skyrocketed. Given enough time, the costs will volcanically erupt based on years of pent-up accumulation of chemicals lodged in human tissue, finally becoming one more statistic in the list of our peculiar modern-day human tragedies, crippling illnesses and over-populated care centers.

Most American families have at least one family member confined to a care center or under 24/7 home care.

Additionally, nearly every American family has someone with cancer and/or sexual dysfunction. These ailments stand out, if only because billions upon billions are spent annually on them, in fact, record amounts of money is spent for bizarre treatments and powerful drugs to live long enough for adolescent intimacy, all over again.

Meanwhile, male sperm count (fertility) throughout much of the developed world has fallen off a cliff, in free-fall, down by as much as 60%, which may be a blessing in disguise. But that’s a different subject for another time. Still, why the steep falloff, which has been accelerating by the decade?

Ipso facto, the unthinkable could happen (but, on second thought, not so unthinkable) when male fertility that has been chemically induced run outs of ammunition? No more fire power.

“The Earth is now subject to a universal chemical bombardment, a macro-scale version of the destruction of the forests and rice paddies of Vietnam in the U.S. ‘Agent Orange’ campaign of the 1970s. The job of most farm chemicals is to kill something -- whether an insect or a plant -- and their dispersal through the global environment ensures that many non-target species, including people, birds, frogs, honeybees, and soil micro-organisms, are killed, injured or have their reproductive neurological and developmental systems damaged.” (p. 100)

Today’s version of industrial farming in which “mono cropping” produces vast fields of green as far as the eye can see in perfectly aligned slick rows embedded in “sick soils” where microbial activity is so low that nutritional value is negligible. The soil lacks minerals, vitamins, proteins, and, worse yet, it has low antioxidant qualities because there are not enough microbes in the soil to release them.

That’s the antithesis of how, over the centuries, humans evolved as strong and powerful creatures, eventually growing into a force more powerful than the biosphere itself, forever dominant as the infamous “human footprint.”

“While not solely responsible, the modern industrial food system is, nonetheless, a major contributor to a universal web of toxicity… that hardly existed three generations ago and previously, did not exist at all for the entirety of human history… Farm chemicals… have become a significant threat to life on the planet….” (p. 99)

It’s the greatest paradox of all time.

Postscript: “If the pathway to war, government failure, or the collapse of a civilization can be thought of as a series of dominoes, collapsing one upon another, the fall of the food domino and the climate domino lie very early in the sequence and have irresistible impact and consequences.” (Julian Cribb)