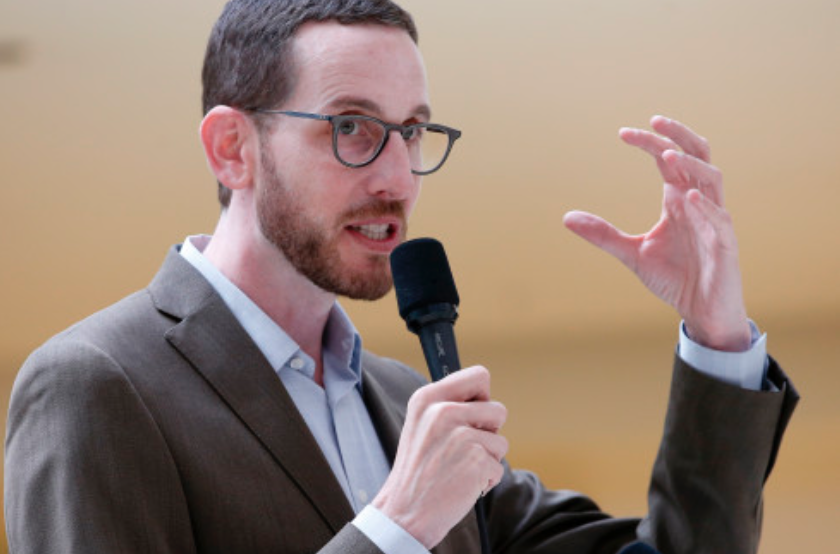 ALPERN AT LARGE-With Democratic Governor Gavin Newsom now proclaiming the GOP is destined for the waste bin of history, it's a good question to ask what the future of the Democratic Party is -- particularly with troublemakers like Scott Wiener backed by people like Newsom himself.

For those who don't remember, SB 330 and a slew of other bills would empower developers and send both the middle class and the lower socioeconomic classes straight to Hades.

Wiener's bills, supported by Newsom and Garcetti (no matter how they try to spin it), would devastate democracy and a sustainable environment in California. Citizens would be unable to oppose overdevelopment and be legally liable if they tried. Slumlords would be more empowered than ever. Dislocation and relocation cost policies would be altered to disempower affordable housing residents.

Yet Chiu (D-San Francisco), Gloria (D-San Diego), and Skinner (D-Berkeley) have been blaming voters and activists for wrongly mischaracterizing SB 330 and its companion bills...although the city governments of most of California's cities have also been decrying them.

Yet SB 330 continuously and repeatedly keeps getting revived by Sacramento's legislators.

Thank goodness we have volunteer and non-profit organizations like the Coalition to Preserve LA, which can be reached at 2PreserveLA@gmail.com.

Enter SB 145 (introduced by our favorite "woke" politician, Scott Wiener), which exempts certain adults convicted of committing sex offenses against certain minors from having to register in the Sex Offenders Registry at all. Without getting into the graphic specifics, some inappropriate penetrations into minors are less criminal than others, and all under the pretense of defending LGBTQ rights.

Of course, the civil rights of both male and female youths don't appear to be as important in the minds of these "civil rights advocates" as those who have violated and potentially altered the lives of these violated youths with permanent and negative ramifications.

This is brought to you by Scott Wiener and his host of Democratic, "open-minded" leaders who will quash, smash, and destroy anyone who dares oppose them...even if those opposing them (such as the Coalition to Preserve LA) are comprised mainly of Democratic activists who despise the current President in the White House.

And if it makes you feel any better, any GOP supporters of Wiener's bills are as much or more to be despised by their own constituents as the Democrats.

But the question again goes out: If we are to hate President Trump and the GOP, and if the GOP has effectively been chased out of California, what shall be done to Wiener, Newsom, Garcetti, and a host of Democratic elites who now rule California with an iron fist? And who might at this time be more dangerous than any conservative, Republican, or other right-leaning leader ever elected to legislate from Sacramento?

And yet a final question: Are Wiener and these other Democrats the best that the California Democratic Party has to offer?

(CityWatch Columnist, Kenneth S. Alpern, M.D, is a dermatologist who has served in clinics in Los Angeles, Orange, and Riverside Counties, and is a proud husband and father to two cherished children and a wonderful wife. He is also a Westside Village Zone Director and Board member of the Mar Vista Community Council (MVCC), previously co-chaired its Outreach Committee, and currently is Co-Chair of both its MVCC Transportation/Infrastructure and Planning Committees. He was co-chair of the CD11 Transportation Advisory Committee and chaired the nonprofit Transit Coalition and can be reached at alpern@marvista.org. He also co-chairs the grassroots Friends of the Green Line at www.fogl.us. The views expressed in this article are solely those of Dr. Alpern.) Edited for CityWatch by Linda Abrams.