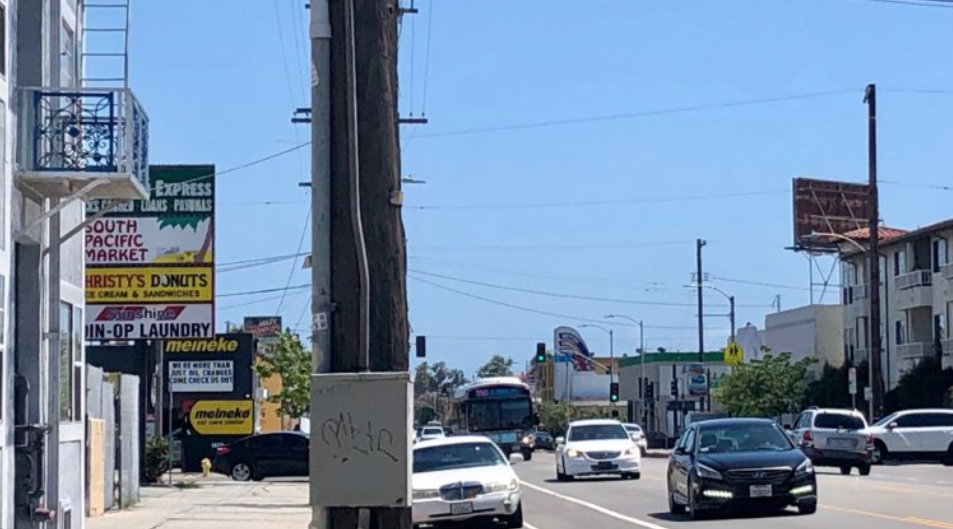 AT LENGTH--On any given morning, I can hear both the sounds of the port and the traffic on Pacific Avenue from my back porch while having coffee and reading the news. The buzz of the traffic and the occasional siren on one side and foghorns and whistles of the tugboats on the other are recognizable if not consistent.

Yet last week my early morning was interrupted with five loud pops, clearly gun shots from just a few streets away. Immediately my mind went to the gang graffiti that had shown up in my alley the week before. Instinctively, I knew there was a connection.

Reflexively, I texted my report the local LAPD Senior Lead officer and waited for the sirens.

It felt familiar, and I thought to myself that this was vaguely reminiscent of days-gone-by when the gangs tagged the neighborhoods consistently and gunfire was a common, a weekly occurrence borne of the prostitution and crack fueled the commerce of the avenue.

Pacific Avenue has come a long way since the recession of the late 1980s and then with the exodus resulting from the Rodney King riots or was that a revolt? Either way, San Pedro suffered from the decline and impacts of both, making clear that we were not immune to either the global economic malaise or the social injustices of greater Los Angeles.

This avenue, for all of its faults and misconceptions, is still one of the most walked streets in this town. There are more bicyclists. More independent (rather than chain) businesses on Pacific compared to Western Avenue or Gaffey Street. It is the other north-south corridor that was once the great avenue of commerce in this town lined with multiple car dealers, department stores and specialty shops.

The building where this newspaper is published used to be a camera shop —A1 Photo.  The mistake that Mayor Garcetti made in naming Gaffey Street a “Great Street” is that it is not a walkable street and acts more like an extension of the Harbor freeway until you get to 9th or 13th streets. Commuters make some 60,000 car trips per day atop its pavement.   Gaffey is a barrier that divides the town. Pacific Avenue on the other hand still has its history ingrained in its architecture from Point Fermin to the once thriving downtown and the old Ferry building at the foot of Sixth Street. I see it as a metaphor for all that it once was the complicated history of this place and what it still may become.

This avenue is still a street where small entrepreneurs can engage in the local commerce. Some, like Ray Deeter Tiretown and Century Motorcycles are multi-generational, while others like House 1002 could only survive on a street with affordable rents. It’s the street with more barbershops, small Mexican restaurants and auto repair garages than almost any place around except Anaheim Street in Wilmington.   And yet it like many old business districts across Los Angeles, it has suffered from civic neglect — broken sidewalks and curbs. Yet there’s an abundance of vacant shops and historic buildings waiting.

The bright spots along Pacific Avenue street are not hard to spot The San Pedro Ballet, the National Watercolor Society and the soon-to-be opened Recess Records all presage a natural extension of the downtown arts district and the creative DIY economy that has emerged over the past two decades. This march down Pacific will either continue as a result of the current “gentrification development” or be stopped by it because of the rise in rents due to speculation.

This time the promise of future prosperity — something I’ve heard about for over 40 years — is being hung on the grand developments of the waterfront — forever remembered as Ports O’Call. Now cleared away and readied for the waterfront promenade construction, civic and port leaders have thrown the dice on this latest and greatest version of a New San Pedro. Only their version of San Pedro sees our port town and the Port of L.A.’s future inextricably linked to tourism rather than fishing and seafaring. 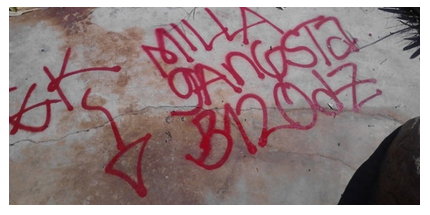 Do we need more housing like every place else in California? Yes! Do we need to have workforce and affordable housing? Absolutely. But more than all of this what the San Pedro Harbor Area needs is  to rebuild its sustainable  jobs base. And this is where our past and our future collide. This is where automation, technology, clean air plans and jobs on the ground crash at the intersection of Prosperity Street and Pacific Avenue.

The gang graffiti and the recent shooting outside a donut shop are just the harbinger of things to come if we don’t create real job opportunities as we chug along to gentrification. If we don’t protect the good paying jobs that we have now while attracting long-term sustainable businesses, then we will have failed the future.

Just remember, the largest employer in America are small businesses. It’s not Amazon and it’s not Uber. This is something that our city, county and ports should remember in their planning for a more prosperous future.

(James Preston Allen is the founding publisher of Random Lengths News and is a CityWatch contributor.  Mr. Allen has been involved in community affairs for more than 40 years in the Los Angeles Harbor Area.)