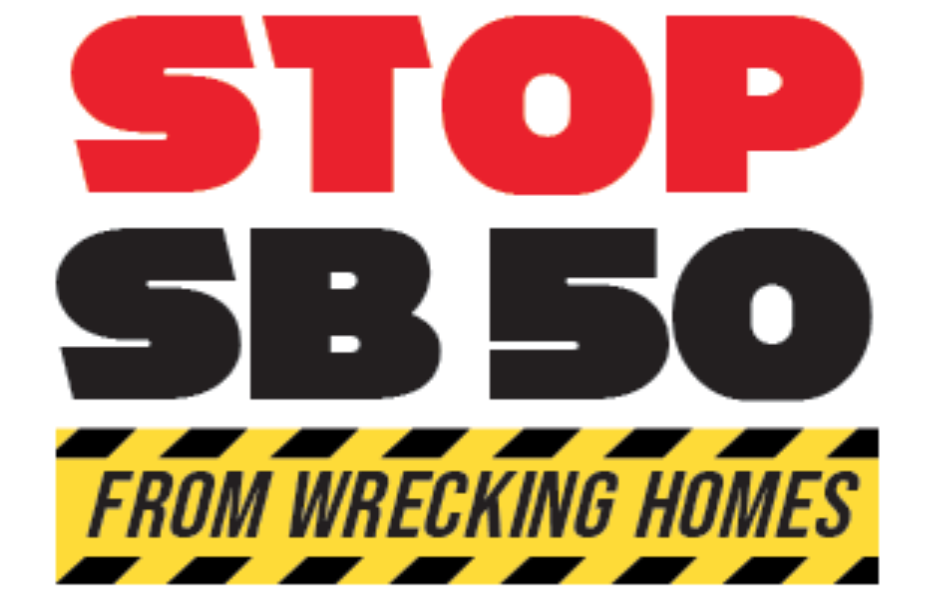 VOICES-Community activists and enlightened officeholders are raising the alarm about a huge threat to our neighborhoods. A bill now barreling through the California legislature would override virtually all local zoning and land use decisions under the cover of “affordable housing.”

SB 50 is a true nightmare, and the BS amendments recently added to weaken opposition cannot fix its fatal flaws.

You may or may not be shocked to learn that the bill’s author, State Senator Scott Wiener, has taken big contributions from developers.

Here in LA, Mayor Garcetti has hemmed and hawed. Meanwhile, Councilmember Paul Koretz got unanimous Council support for his bold resolution to oppose SB 50, and former LA City Councilmember and former County Supervisor Zev Yaroslavsky is taking a strong stand against the bill. Beverly Hills Mayor John Mirisch is another outspoken opponent of SB 50. Even in San Francisco, hometown of the bill’s author, the Board of Supervisors, after a thorough study of SB 50, voted 9-to-2 to oppose it.

At the grassroots level, a broad coalition of homeowners and renters, preservationists and affordable-housing advocates, progressives and conservatives are joining forces to stop SB 50.

But we are not out of the woods, not by a long shot. Several state Senate committees already signed off on this legislative nightmare, and the powerful Appropriations Committee will vote on Monday, May 13.

Without immediate and sustained opposition, we will be road kill. For starters, grab the phone this week and tell elected officials that SB 50 must die. In just 10 minutes, you will help turn back an existential threat to our neighborhoods and an unprecedented assault on local control and community integrity.

For more info, updates and useful links, check in with the Coalition to Preserve LA.

See a map of areas at risk here.

You can use these sample messages and phone numbers:

This is Joe Public with a message for Officeholder Jones about SB 50. SB 50 is a power grab that threatens communities all over California, hands developers a blank check, and worsens the affordable housing crisis it claims to address. I urge Officeholder Jones to vote against it. I don’t want SB 50 amended. I want it stopped.

I will remember his/her stand on SB 50 when he/she runs for wider office.

Find your own State Senator and Assembly Member here.

(Shelley Wagers took a lead role in the campaign to amend and strengthen LA’s citywide mansionization ordinances. She is a contributor to CityWatch.) Edited for CityWatch by Linda Abrams.