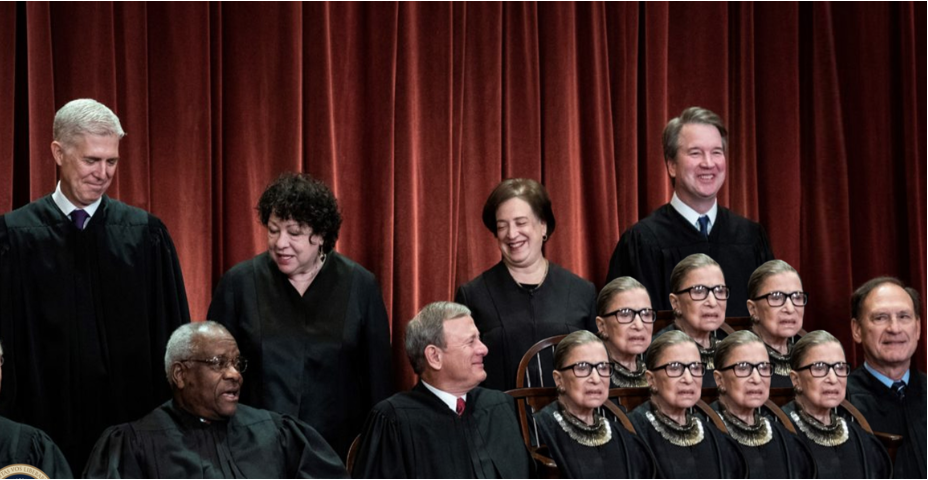 GELFAND’S WORLD--Defining priorities sometimes comes across as belaboring the obvious, but we are at a moment when focus becomes necessary. A substantial part of the civilized population is concentrated on defeating and replacing Donald Trump. It's legitimate to ask, "With what?" It's not as trivial as it sounds, because there are two distinct and serious questions.

The first is how to undo the damage that Trump has already done and, having defined the specific goals, how to accomplish them. For example, Trump appointees to cabinet level positions have done their best to undo decades of environmental rules, protection of worker safety, and pretty much everything else that could be called progressive. Just replacing these people with competent officers will be a major challenge, because in this case, competence goes beyond merely being able to run a large federal agency. It extends to the ability to dig down and repair damage that has already been done.

This thought leads to a conclusion that should be upsetting … and would be in any other era. Our next generation of administrative leaders needs to reverse the culture of lying that the current administration has adopted. But it goes even beyond that standard. Our next generation of leaders needs to be able to communicate its distaste that the current standard was ever allowed to exist.

In terms of repairing the ongoing damage, the issue of Trump's judicial appointments comes to the forefront. The conservative approach to Supreme Court appointments has been to find hard core conservatives who are young enough to last for many decades. (Justice Thomas is still hanging around after being appointed by George H.W. Bush.) Meanwhile, the liberal wing on the court is rapidly aging.

If we are limited to nine justices, then it is unlikely that much will change because the members of the current five seat majority are not likely to retire anytime soon.

In recent months, a few people have dusted off an idea that actually goes back to the early days of the republic but was brought back in the days of FDR. It's called packing the court, which is short for the idea of increasing the number of justices and appointing new people who will be more amenable to progressive ideas. There's nothing unconstitutional about this, since the congress can pass (and the president can sign) a regulation increasing the court's size. It's been done several times in the past. Politically, this would only be feasible if the Democrats gain control of both the congress and the presidency.

But if the Democrats gain the opportunity, they shouldn't temporize by increasing the court from nine to eleven. That would, at best, provide a one vote majority. How about 13 or even 15 justices? The next Democratic president would be able to appoint at least 4 (or even 6) new justices, ensuring a liberal majority for years to come. Of course the Republicans could try to undo this change, but that would require that they regain monopoly control of both houses of congress plus the presidency.

Meanwhile, a liberal Supreme Court could begin the process of undoing some of the major damage that has already been done. For example, the verdict in Citizens United gives corporations the right to make political contributions, thereby skewing badly the balance of power in present day politics. For a strongly worded essay on bad Supreme Court decisions that have given power to big money, see this article.

What direction does the positive road take?

If we are to prioritize correctly, we might want to consider the fact that climate change effects every other life form, and not just us humans. It has to be our first consideration. The consequences to thousands of species, not to mention Homo sapiens, are too dire to ignore. At a minimum, a concerted program of research and development for non-CO2 energy sources is tops. It may be possible to replace greenhouse gas emissions but first we have to learn how we can do so effectively.

The other major priority is to reverse the current balance of power between the low/middle income earners and the powerfully rich. It's no secret that income disparity has grown enormously and threatens the stability of the social system as a whole. One remedy involves empowering workers so that people stuck in the gig economy and part time employees gain bargaining power. There are several useful approaches, including repeal of the Taft Hartley Act and designing more effective systems that create unionization. My thought is that we ought to develop industry-wide unions for white collar workers that charge dues of one dollar a year.

As discussed above, our economy and political structure have been damaged by a series of Supreme Court decisions that go back more than a century. A liberal court could begin to undo the damage. It is long since time to reconsider the way we have given corporations power not only over our politics but over ourselves. Corporations should not be considered equal to people in terms of their political rights, nor should we continue to maintain that corporations are required to maximize short term profits above all other considerations. Workers and surrounding communities need to have some say in corporate behavior. This sentiment is not only contrary to Trump's philosophy, it is contrary to Republican Party policy in general. It's time for a big change.

In considering what I have said above, I keep coming back to the difficulties that bad Supreme Court decisions have made in our lives. In recent years, we have been concentrating our hopes on the chance that Supreme Court vacancies will appear under lucky circumstances, which is to say a Democratic president and a Democratic Senate. Perhaps we ought to reconsider one assumption that liberals have held since the 1950s.

Is it a government of laws, or is it a democracy?

Liberals enjoyed a brief period in which the Supreme Court overturned rules that would have been upheld in many a state legislature. Brown v Board of Education told many states that their systems of segregated education were illegal. Other decisions about prayer in public schools and about abortion rights were celebrated by the community on the left. Conservatives complained that the court was engaging in its own version of social legislation. They argued that the Supreme Court was overreaching.

Liberals tended to argue that the Supreme Court was merely upholding Constitutional values that already existed, but I think that they had a twinkle in the eye when they made these arguments. We might consider that even the establishment of the courts by the U.S. Constitution does not automatically confer power over our lives and our liberties within five people. But that's how things have turned out in recent years.

As in so many other things, the Constitution created checks and balances over the Supreme Court. It is theoretically possible for the congress to limit the scope of what the Supreme Court can take up. It is also possible to either enlarge or reduce the size of the court. Perhaps we ought to revisit the assumption that the five conservatives on the Roberts court should have the only say in what rules us.