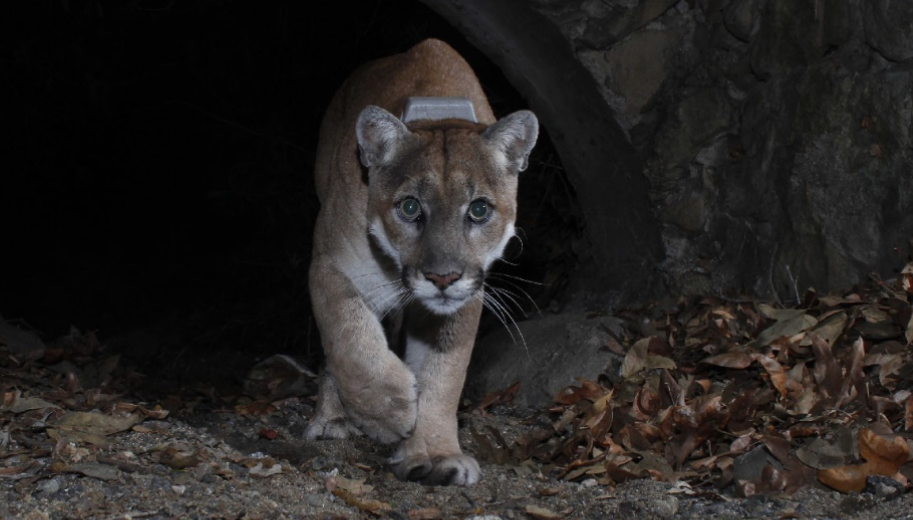 DEEGAN ON LA-Wildfires in the local mountains and hillsides, where the tinder-dry and abundant brush acts as kindling, set off the vicious and deadly burn cycle that is then exacerbated by mudslides when rain soaks the charred hillsides.

The recent big fire closed canyon passes and the Pacific Coast Highway in Malibu, to continue this natural destruction. The size and scope of the fire damage to the environment, and the wildlife habitat, is hard to imagine.

A million “Bambi’s,” representing wildlife of all shapes and sizes, can be caught in a large fire zone, running for their lives but not making it to safety, once they are caught in a conflagration like the recent Woolsey Fire that included Malibu. According to Beth Pratt, Regional Executive Director, California for the National Wildlife Federation, the Woolsey Fire burned “50% of open space in the Santa Monica Mountains, and 87% of National Park Service land in the area.”

Left out of the public’s awareness mix of this disaster are the deadly effects on mountain lions that rely on the ranges and hillsides of the Santa Monica Mountain range as their last-stand habitat. Some of their food sources and mating grounds are now scorched and irreparably harmed for possibly years before the big cats can increase their now-downsized footprint.

Asked about the fire's impact on the mountain lion (aka puma, or cougar) population, the Natural History Museum's Miguel Ordeñana, Manager of its Community Science Program, gave CityWatch his best information which is that "we still don't know. Other than the two that have died as a direct result of the fire, it is too soon to tell how they are being impacted. This is an unprecedented situation for a puma population in such a fragmented ecosystem to be faced with such a catastrophic fire."

Drilling down a bit deeper into the catastrophe, the NWF’s Pratt, focused on the manmade and natural elements, telling CityWatch, “We’re dealing with a new normal for the ecosystem that includes increased fires and droughts with climate change, and we’re watching how wildlife is responding to the consequences of these changes, like in some instances having less food or less suitable places to live. It will be interesting to see how they will adapt given the other urban challenges they face. We don't quite know how it will play out yet.”

Pratt continued, “What’s happening in the Santa Monica Mountains is a little scary. Wildlife in California are adapted to living with fire, but a challenge in such a densely populated area is not having enough open space to move to and have options. Add this to the other challenges these urban animals have like crossing roads and genetic isolation, and they start to add up. With half of their habitat in the fire zone, this will no doubt be an extreme challenge for wildlife in the short term.”

What, exactly are the risks for the mountain lion population when a huge fire sweeps through their habitat? We now know that two of the monitored big cats did not survive the fires. “While speed is on their side and allows mountain lions to run fast, away from the flames” said Pratt, “that doesn’t guarantee them safety. Like people, they can get stuck in the wrong place at the wrong time.”

Two of the tagged mountain lions, P-64 and P-74 were fire casualties. The tagging is done by The National Park Service that has monitored more than 50 mountain lions in and around the Santa Monica Mountains, utilizing GPS collars that feedback detailed information about the animal’s location, ecology and behavior.

Pratt explained, “Mountain lion P-74 likely got caught in the advancing fire, while P-64 survived the fire, but two weeks later died likely from starvation, not being able to hunt because of burnt paws. He was hemmed in by roads and populated areas while trying to escape the fire and probably burned his paws because he could not avoid the fire zone as a result. He could survive the fire but couldn’t survive urbanization.”

“His sad story underscores the need for wildlife crossings to help expand the range and give the wildlife options,” says Pratt.

Pratt pointed out, “Fire burned the future site of the wildlife crossing at Liberty Canyon and you have to wonder how many animals large and small would have been able to escape in advance of the fire if the crossing had been in place. Mountain lions are adapted to living with fire but not with ten lane freeways.”

“Connectivity” -- having cruising places -- is an important word and concept when it some to preservation of the mountain lion population. Reinforcing this is Tony Tucci, a founding Co-Director at Citizens for Los Angeles Wildlife-CLAW who told CityWatch, “All wildfires underlie the need for habitat connectivity and wildlife corridors. Fragmentation and barriers not only make it harder for animals to escape wildfires, but also make it harder for animals to come back in and repopulate the devastated areas, which hampers the process of rejuvenating those affected areas. All the more reason to solidify and adopt the LA City Planning Department’s Wildlife Habitat and Linkages Pilot Study.”

A eulogy offered by Beth Pratt honoring the fallen cats concludes, “But there is hope. We can solve this. We know what to do, from the amazing restoration efforts already underway to building the wildlife crossing to give these animals the options they need to survive. We owe it to P-64. And P-74. And P-23 and P-32...and sadly, the list goes on.”