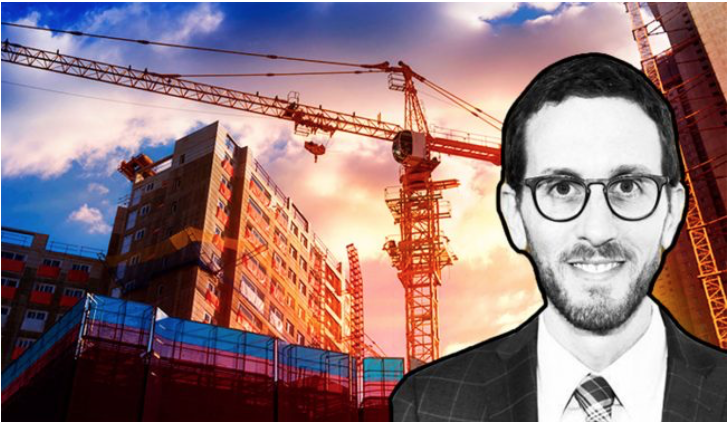 AFFORDABLE HOUSING DEBATE-Senator Scott Wiener has come up with a solution to the housing crisis: Over-ride local control to make sure more housing units can be built.

This is the main nuts and bolts of his new proposed SB 50 – a state law to over-ride local zoning laws and allow taller and denser buildings along transit stops. Which would absolutely be a solution for a housing crisis -- except that what we are dealing with in the state isn’t a housing crisis.

Nowhere in the city of Los Angeles is there a 0% vacancy rate. A vacancy rate is a way of determining the number of units available in an area. A normal and healthy vacancy rate is between 4 and 5 percent. Only in some areas of the northern most part of the valley do we see vacancy rates of 3 and 4 percent, but no where do we see 0. Because we don’t have a housing crisis. That would mean that the price of the housing is normal, and we just don’t have enough of it. Sure, there would be some price gouging in a market like that -- but that’s not what we have. I’m also willing to bet that there isn’t a single place in California where there is a 0% vacancy rate. Citywide, we average 6% on our vacancy rate according to the U.S. Census.

Our problem is real estate speculation and greed.

Wiener proposes to fix this by forcing municipalities to build denser and taller buildings along transit and to include affordable units, so a few lower-income people can live near transit too and alleviate our carbon footprint. So why haven’t cities pushed to have new construction require affordable units sooner? They have, long before Wiener was a Senator. But a man by the name of Palmer is to blame for cities having to suspend the affordable requirements.

Geoffrey Palmer likes to build massive developments such as the Medici and Orsini in Downtown Los Angeles. When the city enforced the law that he needed to include affordable units, Palmer sued stating the requirements were a form of rent control that was currently banned under a state rent control law known as Costa-Hawkins. So, while this battled out in courts, affordable requirements gathered dust and community plans were over-ridden to prevent local housing requirements. Developers had to be incentivized to include affordable units, as opposed to mandated.

Then just last year the case lost in appeals court and the state came up with a legal fix. Hooray, now we can have affordable housing requirements again and thankfully Wiener is going to come along and force the cities who stopped us from having affordable units to finally do the right thing…. Wait, what?

Wiener’s bill targets cities and municipalities for being the bad guys in something they didn’t do. Instead of giving cities a chance to enact and enforce affordable housing requirements that we already had, Wiener wants the state to pull the reigns in on something that cities haven’t been able to do for almost ten years. Which doesn’t put the blame where it belongs – on the developers who want to skirt the law for a larger profit return which is what has caused the speculative crisis we find ourselves in now.

The problem isn’t some mythical byzantine land use laws that don’t allow for taller buildings. The problem is companies like Google and developers like Palmer who drive up land values to intentionally inflated prices, causing a ripple effect on nearby properties and driving up rents. Wiener’s bill would do nothing to prevent land flipping – or “in lieu” fees to buy their way out of having to actually build any affordable units at all.

Fluctuations in the Asian markets have more impact on California housing than local land use law does.

As a tenants’ rights activist, I’m not particularly fond of affordable housing. I’ve seen entire buildings of people be evicted when the deed restrictions end and much higher prices can be charged all the units. I’m even more opposed to a state bill that just guarantees more people will be kicked out of their homes to make way for taller luxury buildings and where poor people will eventually be kicked out of those buildings once the owners are allowed to do it. This double-dipping of state mandated displacement as a thinly disguised solution isn’t going to help anyone, except the speculative land flippers.

But let’s keep blaming the cities for a problem they didn’t start in the first place. The reality is that blame falls on the state for enacting a statewide law to over-ride local laws regarding rent control. But somehow, it’s thought that yet another statewide law (though well-intended) that won’t even address the real problem will somehow fix all of this.