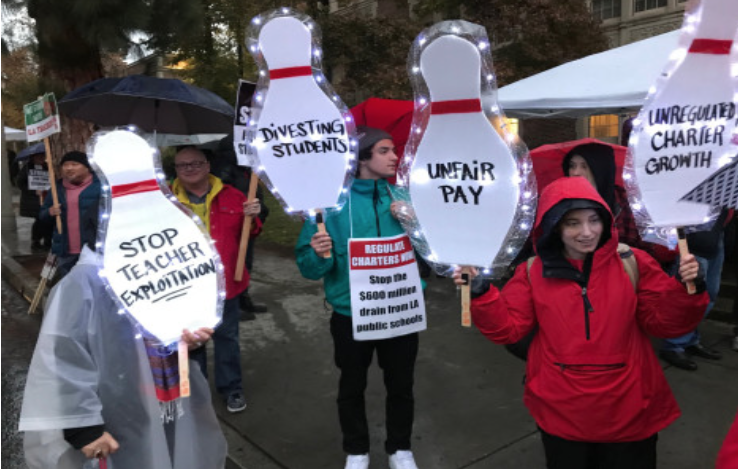 FIRST PERSON--While class sizes are too large at LAUSD, which is problematic to say the least, this is not the biggest factor as to what makes it impossible for teachers to be effective.

Rather it is the fact that the vast majority of these students have been passed through their prior grade-levels- social promotion- without ever mastering the prior grade-level standards that would have allowed them to be effectively engaged by their teachers in subsequent grade-levels.

It is impossible for a teacher at any grade-level to be effective, if most of their classes are at widely divergent grade-levels, far below the grade-level they have been arbitrarily put in based exclusive on the student's age and not their objective academic level. With most students at these unprepared levels, what common lesson could their teacher possibly give that would be engaging to the majority of their classes?

And any teacher suffering under this ill-advised system of social promotion will tell you that there is always a hard core of students who would rather disrupt the class than be humiliated by lessons that they could not possibly understand, since they never learned. Chronic unreported truancy in clear violation of many of California's Education Codes only exacerbates this situation.

Add to this the fact that administrators' sole concern, under constant pressure from the District, is collecting Average Daily Attendance money from the State for in-seat attendance, while giving their teachers no support for student discipline, and you have an LAUSD school system that cannot possibly educate the vast majority of its students or allow its teachers to keep their sanity. Is there any wonder, under these circumstances, that 50% of teachers quit within 3 years after they are hired?

While finally addressing and rectifying this present LAUSD entrenched system of programmed and predictable academic failure would initially be more expensive, success in a relatively short period of time would stop turning students loose from LAUSD unprepared and predictable targets for a prison industrial complex, where it is clearly more expensive to have these "students" in jail or prison for the rest of their lives than as educated and productive working taxpayers.

(Leonard Isenberg is a Los Angeles, observer and a contributor to CityWatch. He was a second- generation teacher at LAUSD and blogs at perdaily.com. Leonard can be reached at Lenny@perdaily.com.)