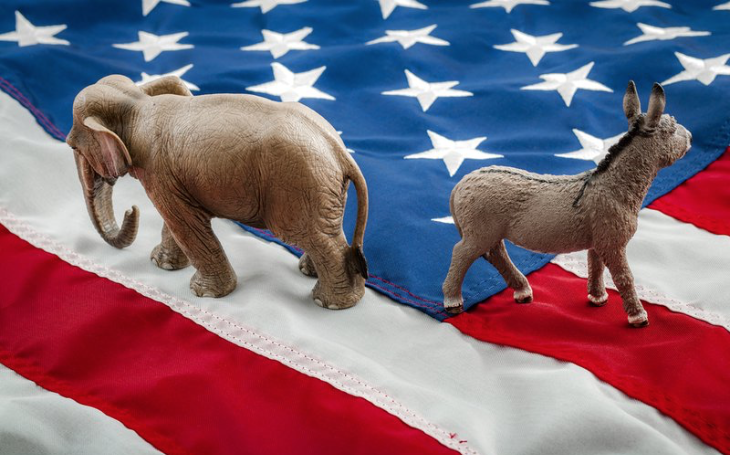 DANGERS OF IDENTITY POLITICS-I’ve long had a penchant for writing about the absurdities — and counter-productiveness — of a certain kind of moral hyperventilation coming from my fellow liberals.

Lately, I’ve been feeling feistier than usual. A few months ago, for this site, I published a polarizing essay suggesting that women were just as capable of “toxic” behavior as men. A few months before that, also on this site, I wrote about my growing disenchantment with the left, or at least the new left, and my attraction (wary at times) to many of the thinkers sometimes associated with the “intellectual dark web.”

Until recently, the kind of responses I got to these sorts of things fell largely into two simple categories: “agreers” and “disagreers.” The agreers would say things like, “Thank you for saying what I’ve been thinking but am afraid to say out loud.” The disagreers would accuse me of being shortsighted and reactionary (which is probably true sometimes) or of being a right-wing dog whistler (I can assure you I am not).

But in the Trump era, a third category has emerged. Let's call it the “not-nowers.” This contingent offers something a bit more complicated. “It’s not that I don’t agree with you’re saying,” they tell me in emails, social media comments, and, occasionally, somberly conveyed one-on-one exchanges. “I just don’t think now is the time to be saying it.”

I see their point. Why pick on the occasional excesses of #MeToo when, as I’m frequently reminded, the “pussy-grabber-in-chief” holds the highest office in the land? Why obsess about infringements on free speech on a college campus when Fox News is free to pump gross exaggerations and sometimes outright lies into millions of living rooms and the president prevaricates with impunity throughout the day? Why, when racial minorities are being harassed at Starbucks, reproductive rights are being chipped away in state legislatures, and wrenching family tragedy continues to roil at the border, am I wasting time grousing about the perils of identity politics?

I’ll tell you why. Because I am just as horrified by Donald Trump as they are. I would like to see Trump and every spineless, enabling, disgustingly opportunistic Senate and House Republican rounded up and pushed out to sea on a rapidly melting ice floe. I despise Trump so much that if George W. Bush, who I once believed I loathed more than I could loathe any public figure, walked into the White House Rose Garden one morning and announced that he was in charge, I would weep tears of unfathomable joy. I want Trump, his administration, and this whole wretched era to come to an end as soon as humanly — make that superhumanly — possible. I want responsible, enlightened, forward-thinking minds to step up and lead us out of this mess. And I think many — not all, but many — of those minds are likely to come from the left.

I would like to see Trump and every spineless, enabling, disgustingly opportunistic Senate and House Republican rounded up and pushed out to sea.

I’m rooting for my fellow libs. Watching the freshman Democrats in the House and Senate show up for their first day of work gave me a warm and hopeful feeling. But it also made me a little terrified that their activist ethos and, in some cases, hipster, Instagram-fueled insouciance might end up backfiring big time. 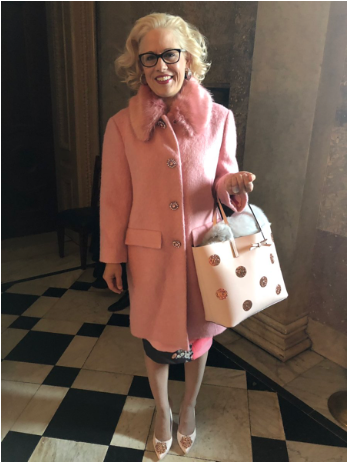 I get that when U.S. Rep. Rashida Tlaib of Michigan declared, “We’re going to impeach the motherfucker” about Trump at a MoveOn.org event shortly after taking the oath of office, she was speaking to her supporters in a sort of code — the kind that might not have been meant entirely literally. But it still made me roll my eyes a little.

On Sunday night, when Alexandria Ocasio-Cortez gave an interview to 60 Minutes’ Anderson Cooper in which she characterized Trump’s race-baiting rhetoric as “historic dog whistles of white supremacy,” I found myself muttering, “Enough, already.” It’s not that Ocasio-Cortez is wrong. It’s that phrases like “historic dog whistles of white supremacy” constitute rhetoric, too — the kind that I fear won’t help the left in the long run.

Since the beginning of the Trump era, social justice sloganeering has more or less become the official language of the left. Terms like “white supremacy,” not to mention “patriarchy,” “misogyny,” and any number of terms employing the suffix “phobic” — homophobic, transphobic, Islamophobic, even biphobic (sometimes applied to critics of Sinema, who’s openly bisexual) — are standard parlance for Democratic politicians, entertainers, academics, and, maybe most influentially of all, members of just about any news media, corporate or otherwise, that don’t identify as right-wing.

Yes, those terms are associated with real bigotry that should never be tolerated. But they sure get thrown around an awful lot in situations where they’re not really relevant. And that is why I pick on the left. At the rate it’s going, we liberals will be unable to save ourselves, let alone an entire ailing nation, from the chaos and gross opportunism that has engulfed us. The idea of “identity politics,” despite being an ambiguous, overused, and not-all-that-useful catchall at this point, remains foundational to just about any social justice work — in other words, it can be a very good thing. But its ability to damage the very movements and causes that implement it puts it right up there with kamikaze planes.

Last month, we saw New York’s U.S. Sen. Kirsten Gillibrand pander to the #MeToo crowd (as if her call to dispatch with Democratic Sen. Al Franken didn’t already establish her bona fide in this department) with a tweet about the future being “female” and “intersectional.” The tweet, which seemed better suited to a college student high from excitement after her first day of Intro to Gender Studies, was roundly mocked. It also proved to be prescient in perhaps the saddest possible way. Just a few days later, it was reported that the leadership behind the Women’s March, which could fairly be called the chief symbol of the Trump resistance, was breaking down along intersectional lines.

A Tablet magazine article from Dec. 10 exposed financial improprieties, ties to Nation of Islam leader Louis Farrakhan, and bitter infighting within the national leadership ranks (apparently some of those pussy hats come with pussy claws). Meanwhile, a Women’s March scheduled for Jan. 19 in Eureka, California, was postponed because, according to a Facebook post from the group, “We failed to have the type of collaboration needed to be inclusive of some of the most underrepresented voices in our community, namely women of color and people who are gender non-conforming.”

Eureka is situated in Humboldt County, one of the whitest and also poorest counties in the state. Less than two percent of the population is black. There are a somewhat larger Hispanic population and small Asian and indigenous populations. It’s unclear what percentage is gender nonconforming. It seems the march organizers were competing in a diversity contest that no one had actually entered them in.

“Throughout history, women of color have been proven over and over again to be some of the most vulnerable populations,” the Eureka Women’s March Facebook post continued. “From the suffering of enslaved Black women in early gynecological experiments, to the current epidemic of Missing and Murdered Indigenous Women across the nation and beyond. Having their voices go unheard can be a matter of life and death, and it is imperative that a safe community is created for everyone.”

I agree with the last part. It is imperative (if not strictly feasible, though we should never stop trying) that safe communities be created for everyone. But I also believe that this sort of rhetoric is dangerous. It may not be dangerous in quite the same way that Trumpian “lock her up” style rhetoric is dangerous. But that kind of righteousness gives far left rhetoric an illusory power — the kind that stems more from a small number making a disproportionate amount of noise than from anything most people in the real world actually think or feel. Add up enough of these sorts of incidents — the right-leaning news media delights in keeping a running tally — and people who would otherwise not have cared or bothered to pay attention will start to get annoyed or even feel threatened. And people who feel threatened tend to make bad decisions based on defensive instincts: like voting for Trump.

Which is all the more tragic because, as it turns out, just about everyone is sick of this mode. Last fall, a comprehensive project called Hidden Tribes: A Study of America’s Polarized Landscape  found that a vast majority of Americans are neither hardcore conservatives nor progressive activists. Instead, researchers concluded that two-thirds make up what they call “the exhausted majority,” a cohort containing “distinct groups of people with varying degrees of political understanding and activism” that share “a sense of fatigue with our polarized national conversation, a willingness to be flexible in their viewpoints, and a lack of voice in the national conversation.”

Since the beginning of the Trump era, social justice sloganeering has more or less become the official language of the left.

The Hidden Tribes data showed that 80 percent of Americans believe that “political correctness is a problem in our country.” That includes three-fourths of blacks and 82, 87, and 88 percent of Asian-Americans, Hispanics, and Native Americans respectively. Across racial divides, more than three-quarters of people under age 30 said that they believed that political correctness is a problem. And although, as the Atlantic’s Yascha Mounk pointed out in an excellent analysis of the study that the term “political correctness” was never strictly defined, it makes it difficult to know exactly what people were talking about. It’s worth noting that separate data from the Pew Research Center  found that among blacks and Latinos who identify as Democrats, most say they are moderate or even conservative as opposed to liberal. Progressive activists — the people who are ostensibly lapping up those Twitter headlines about patriarchy and transphobia — make up a mere eight percent of Americans.

I don’t have any hard data (if anyone does, please send it along), but I’d hazard a guess that the average, liberal-leaning woman, whether or not she identifies as a feminist, is only vaguely aware of the word “intersectional.” I’d hazard an even more hazardous guess that many, if not most, gender nonconforming people in the world are not leftist activists or even necessarily very political since it would seem that gender identity, at its core, has more to do with an intrinsic sense of self rather than ideological affiliation (there are, after all, a few transgender Republicans).  Still, much of the public discourse continues to reflect the sensibilities of that eight percent. And as committed as that group is to looking at the world through the framework of oppression, I worry that the more we continue to allow them to drown the rest of us out between now and 2020, the more disenchanted people will vote for Trump or not vote at all.

That’s why now is exactly the time for left-leaning types to hold our fellow liberals to account — especially if we can do so thoughtfully, generously, and without resorting to clichés about snowflakes and trigger warnings (terms I never use, by the way). With the midterms behind us and a new crop of Democratic lawmakers poised to put the brakes on Trump’s agenda, it’s never been more crucial that we choose effective strategies over empty signaling. It’s time to be harder on ourselves than we’ve ever been.

(Meghan Daum is a columnist for Medium. Author of the unspeakable: and other subjects of discussion and my misspent youth among other books. www.meghandaum.com.) Prepped for CityWatch by Linda Abrams.