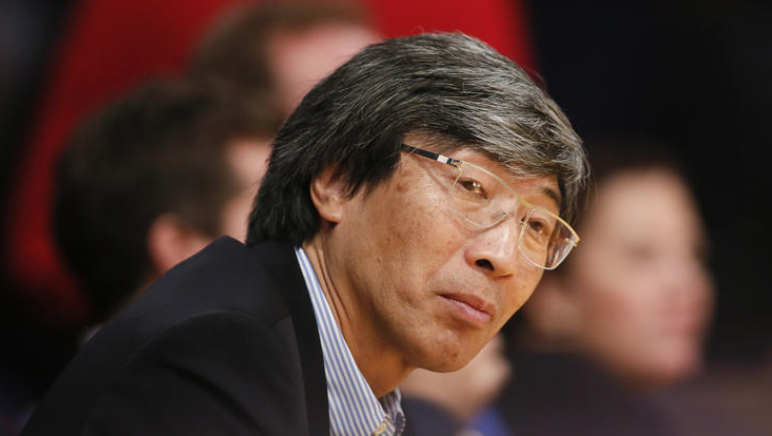 @THE GUSS REPORT-Can the Los Angeles Times be shamed into publishing the truth, and correcting false allegations it published against an honest man by the name of John Vidovich?

In its August 24, 2016 edition, the Times published untruthful allegations against Vidovich, including that he cut corners on safety related to his job responsibility for managing and clearing out a backlog of thousands of past due fire inspections at the Los Angeles Fire Department, where Vidovich had achieved the title of Deputy Chief, Fire Marshall during his unblemished 36-year career.

According to the now-retired Vidovich, the article’s reporters, Paul Pringle and Ben Welsh never reached out to him for comment, trusting instead an LAFD spokesperson who claimed that Vidovich declined interview requests. Vidovich says that Pringle and Welsh instead told an untruthful, one-sided story concocted by powerful firefighter unions peeved at him for exposing extensive fraud among LAFD fire inspectors during the course of his assignment. In exchange for Garcetti ousting Vidovich from his job and moving him to a do-nothing desk assignment until retirement, and publicly torching his reputation, the unions backed Garcetti in his campaign for Mayor against then LA City Controller Wendy Greuel.

But an emailed statement I received from the LAFD exonerates Vidovich and debunks the false allegations in the Times 2016 headline, “LAFD fire marshal steps down after criticism that he cut corners on safety.”

That LAFD statement reads as follows: “the Department investigated the allegations of ‘cutting corners’ (by Vidovich) and found insufficient evidence to sustain any charges. The allegations (of fraud by fire inspectors) were also investigated – in one case, the accusations were not sustained and in the other, they were sustained.”

This admission by the LAFD has not been told by the Times to its readers, even though its current reporter on the story, Dakota Smith, is fully aware that the LAFD has internally cleared Vidovich’s name.

It’s anyone’s guess as to why Smith and the Times continue to lie by omission. Some say it’s due to the Times’ disease of being too cozy with politicians, protecting them from criticism and sustaining the ludicrous notion that Garcetti could become president in 2020. The same could be said for the Times’ willingness to protect public sector unions from allegations of corruption at the expense of a lone, honest man.

Also at-play might be the harm that the truth could cause Garcetti and City Hall in the multi-million-dollar whistleblower lawsuit Vidovich subsequently filed against the City of Los Angeles, in which Vidovich’s attorney Michael Turrill is diligently attempting to force Garcetti into a deposition, a move being fought tooth and nail by Garcetti’s publicly paid attorneys.

The Times has also failed to report on why the LAFD stopped investigating the other instances of fraud alleged by Vidovich against other fire inspectors. Again, Smith has not written a single word about it. Whether she is suppressing that information, or the Times is preventing her from reporting on it, has yet to be determined. But this column will explain that part of the story for the public if Smith, the Times or anyone else in its new headquarters in El Segundo does not.

But there is so much more that the Times knows but hasn’t told you.

Smith has also failed to report that the judge in Vidovich’s whistleblower lawsuit denied the Motion for Summary Judgment by Garcetti’s attorneys to have the suit thrown out, citing multiple viable, or triable, allegations by Vidovich. In other words, the court says Vidovich’s case is worthy of a trial.

Why hasn’t the LA Times reported on any of this? And for that matter, why has the Times also failed to report on a recent $2.75 million whistleblower verdict against the City by LAFD alum, Stephen Meiche in an unrelated lawsuit?

KNBC, Telemundo, the LA Daily News and this column, among others, all reported on the Meiche suit.

In an interview that Times’ owner Patrick Soon-Shiong had this summer with PBS, he told reporter Judy Woodruff, “there's a fundamental need of this issue of truthful news…..fake news is a cancer of our times…..But without journalists giving us good, real investigative reporting, I think we will have lost a lot…...I told the L.A. Times newsroom…..they should feel to write anything and everything about me, completely independent of me as the owner, as long as it is fair and truthful……I think that should be the standard for anybody. Fairness, honesty and truthfulness is all any person could ask for.”

So why doesn’t Dr. Soon-Shiong’s standard for reporting on himself apply to John Vidovich?

The Times knows the truth but has failed the public by not telling it. And, as far as anyone knows, it has failed to hold Smith, Welsh and Pringle accountable. The buck apparently does not stop with Dr. Patrick Soon-Shiong.