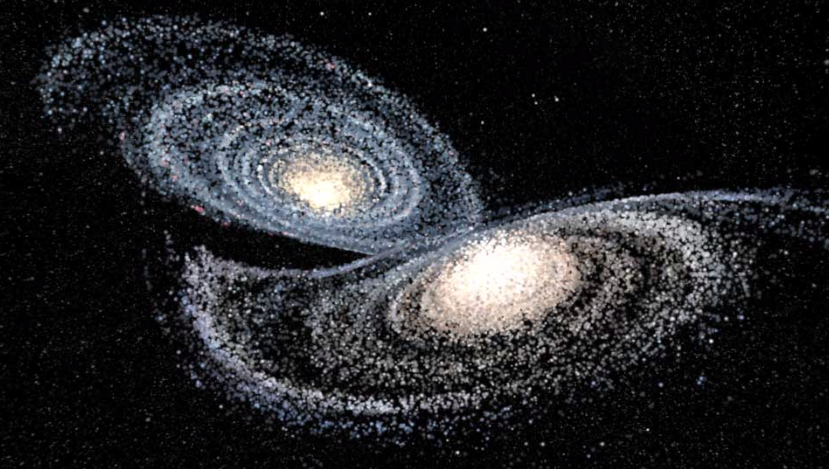 PLATKIN ON PLANNING - The universe that Angelinos live in. If you live, work, or visit Los Angeles, you have undoubtedly witnessed the following, and can add other categories of your own:

The universe that the Density Hawks – and their progeny -- have in mind for you.

If you’re are active in local neighborhood groups, such as Neighborhood Councils, Homeowner Associations, of block clubs, then you know that Los Angeles is the midst of a City Hall-supported real estate bubble, also spun as a boom.

This bubble is fueled by enormous amounts of investment capital headed to LA, looking for higher rates of return through risky real estate speculation. The bubble is also assisted by a “growth” coalition, also called the urban growth machine or – more directly -- density hawks. This coalition consists of elected officials, academics, corporate media, City Hall and Sacramento administrators, private sector labor leaders, business advocacy groups, some non-profits, and new Astroturf organizations.  Despite their apparent differences, they share a fervent belief in the power of real estate investment to magically cure all manner of urban ills, even homelessness, rent gouging, and gridlocked streets.

This belief is closely linked to their opposition to government regulation of land use, such as planning and monitoring, zoning ordinances, and environmental acts.  For them, these carefully prepared laws are only nuisances standing in the way of their business models. Such critical public policy issues as climate change and failing infrastructure are only hooks they can exploit to advance their “build, baby, build” real estate agenda.

If these density hawks were to keel over, this is what they would hope to find in heaven, or any other place they ended up.

When universes collide: These two universes are already on a collision course, and without enormous local opposition, the many alarming trends already visible in Los Angeles will get much worse, especially the housing crisis. For example, if developers had free access to single family neighborhoods, it would not solve LA housing crisis. The supply of affordable housing would NOT increase, nor would those already too damn high rents decline. This is why.

Many of the investors would continue to build McMansions, since they are highly lucrative, with a steady stream of buyers and flippers. While these McMansions are larger and more expensive than the smaller houses they replace, they only add bulk, not density. They house the same number of people, though richer, in the same neighborhoods. There are least two differences through. First, the new mega-houses reduce LA’s tree cover. Second, they use much more energy and water, which is why the Miracle Mile/Beverly Grove areas -- epicenters of mansionization and new apartment construction -- have repeated power blackouts, brownouts, and cracked water mains and sewage lines.

Plus, if developers could readily replace single-family homes with four-plexes and Small Lot Subdivisions, the new housing would still not be affordable. In fact, LA’s two affordable housing density bonus programs, SB 1818 and TOC guidelines, only apply to buildings with five or more rental units. Therefore, these new units would be expensive market housing. They would not contain any money-losing affordable housing.

If the density hawks, like California State Senator Scott Wiener, managed to totally up-zone single-family neighborhoods to allow apartment buildings, the results would be even worse. The infrastructure would be more quickly pushed to the breaking point, more evicted residents could become homeless, and new residents would pay top dollar for their new rental apartments. But, this increase in the supply of housing would not reduce the price of housing for two simple reasons. First investors like to make money, not lose it. Second, vacant units would be easily filled through short-term rentals.

The only winners of this up-zoning scheme for single-family neighborhoods would be the investors, which is the real agenda of the urban growth machine.

If the density hawks – whether from the press, real estate blogs, public officials, academics, or astroturf lobbying groups – were truly committed to increasing the supply of affordable housing, they would stop calling for the up-zoning of single-family neighborhoods.  Instead they would be champions of the following:

Since the chance that the density hawks would support these affordable housing programs, careful and comprehensive planning, enhanced environmental review of new projects and plans, infrastructure monitoring and investing, and the full spectrum of climate change mitigation is nil, LA is on the path decline. The parallel universes are already colliding with each other.

But none of this is preordained, and there is a clear record of Angelinos fighting back to protect their city against the density hawks, old and new. That is why we had the first General Plan in 1970, Proposition U in 1978, the AB 283 zoning consistency program in the 1980s, the General Plan Framework in the 1990s, and many Specific Plans and Historical Preservation Overlay Zones adopted over this entire period.

While we cannot prevent the two parallel universes from smashing into each other, we can control the pace and nature of the collision.

(Dick Platkin is a former Los Angeles city planner who reports on local planning controversies for City Watch. Please send any questions or corrections to [email protected].) Prepped for CityWatch by Linda Abrams.