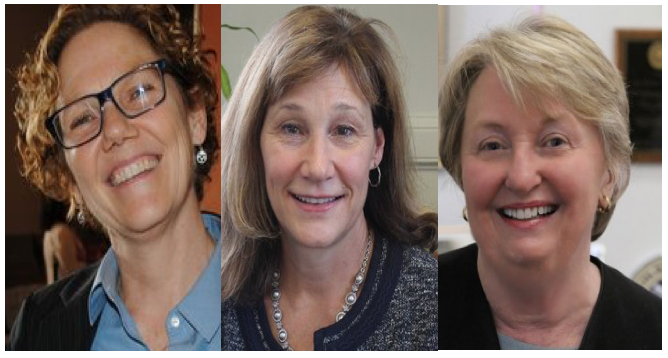 CORRUPTION WATCH-One of the acts of tyranny which prompted Jefferson’s Declaration of Independence was a corrupt judicial system where the whims of men, primarily King George’s, supplanted rule of law.

Once again Americans are beset upon by a tyrannical judiciary. In 1776, a few Americans rose up in revolt and today’s revolution is beginning in California’s Contra Costa County.

On August 10, 2018, a group known as Parents Against CPS Corruption, filed recall petitions against three Contra Costa County superior court judges who had been running roughshod over families and the law. Whether the judges acted out of malevolence, ignorance, or greed is not as relevant as the fact that the court system had become a predatory institution constituting a clear and present danger to the people. (CPS = Child Protective Services. The recalls are part of the larger corruption in the Child Protective Services in several counties which could not exist without the protection of judges.)

The three superior court judges being targeted for recall are: Judge Rebecca Hardie, Judge Jill Fannin and Judge Lois Haight. (pictured above, left to right)Let’s start with the obvious fact few want to admit -- all three of are female. Parents Against CPS Corruption is not a male group, nor is it a feminist group railing against male judges. This group is simply child focused and anti-corruption; so, let the gender issues fall where they may.

The complaints against the three judges are similar to those we are seeing in Orange County criminal courts, but the Contra Costa rebels are more courageous. They do not pretend that the judges are innocent and only focus on the Child Protective Services employees who provide misleading data to the court. The Contra Costa rebels know that judicial protection of CPS places children’s well-being and lives at risk.

So long as we pretend that it is only prosecutors who are the bad guys, we will be giving a pass to the real villains, the judges and justices who not only turn a blind eye to corruption but often spearhead it.

Because the real function of the Commission on Judicial Performance is to protect corrupt judges and justices, there has been no recourse against the judges who place their own care and feeding ahead of their constitutional duties. The CJP has gone so far to protect the judges that it won’t allow the state auditor to see its books to determine how it functions. Naturally, the people who ruled on the unique ability of the CJP to operate above the law are the judges who do not want any discipline system placed above them.

Let’s Look at the Judicial Abuses in the Contra Costa County Recall:

Along with Judge Haight, it is alleged Hardie basically ignored the 2015-2016 Grand Jury Report #1616, “Our Children In Need,” which had the subtitle, “Why Another Report?” When the authority figures, the judges, look the other way or participate in the Child Protective Services’ abuses, another report is required…and then another. The final overseers, “We the People,” now need to step up and perform our Constitutional duty and remove the officials who endanger our children.

There is also reason to believe Judge Hardie may have a bias in favor of adoption which results in children being wrongfully separated from their families. The voters of Contra Costa County have a duty to get to the bottom of this matter. This three-judge-recall provides them that opportunity.

Some of the allegations very serious – Judge Haight’s referral of parents to attorneys of her selection, followed by huge attorney fees. Attorneys call this churning the file. Judges can financially ruin families.

Judge Fannin seems to covet secrecy in that she has court reporters removed from the courtroom and will conduct hearings in private. Then, her rulings allegedly contain falsified evidence designed to support her decisions. When judges conduct trials in secret, parents have trouble challenging the judges’ orders.

Yes, We the People – Our Rights Come with Duties

So often we hear people claim, “We the People” as if it were a magical incantation which will automatically make everything alright. The Contra Costa County Three Judge Recall is how We the People actually take action. We the People have tools and we can use them if we want to keep the Republic. That was Ben Franklin’s answer when asked what the Constitutional Convention had produced. “A republic, if you can keep it,” he replied.

The Parents Against CPS Corruption organization has taken the laboring oar to gather evidence and place the matter before the voters. YouTube has a number of professional reports about Family Law courts which voters can view. We the People now have the duty to set aside the myths about judicial integrity and look at the facts. Because power tends to corrupt, powerful judges tend to be corrupt.

The judges have known that these recalls are in the works, and that may already be having an impact. On March 13, 2018, the CJP actually issued a very negative report (CJP #201) about Contra Costa County Judge Bruce Clayton Mills, who finally resigned on August 1, 2018. While we doubt the CJP or Judge Mills will admit that the increasing activism of Parents Against CPS Corruption influenced their behavior, throughout history, activism has impacted the people in power. Often their reaction is retaliation, but sometimes they realize that they have been provoked a stronger power.

Judicial independence does not include the right to be predatory abusers and for judges to ignore their constitutional duties. When credible people gather evidence of judicial malfeasance and worse, We the People have to duty to review that evidence and to vote.