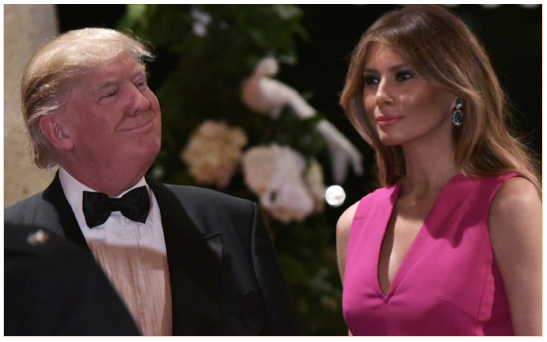 BELL VIEW--F. Scott Fitzgerald said about the very rich: “They are different from you and me. They possess and enjoy early, and it does something to them, makes them soft where we are hard, and cynical where we are trustful, in a way that, unless you were born rich, it is very difficult to understand.” Whether or not Donald Trump is a true billionaire, he clearly has “possessed and enjoyed early” a way of living that most of his supporters can barely comprehend.

The recently released book Fire and Fury, by Michael Wolff, describes a president who has dwelt so long in his privileged bubble that he no longer resembles a human being as most people understand the term. Never possessed of the kind of inner life most of us take for granted, Donald Trump appears to have been forged in the petri dish of vast wealth – like a science experiment designed by a hyper-capitalist Josef Mengele.

The book – even though it simply confirms much of what we already knew – is astonishing in its description of a completely mad White House. Overall, I would say Wolff treats Trump with a high degree of fairness. He takes for granted, for example, that the media – understood in Wolff’s telling as a discrete institution – want to take Trump down because those who make up the media establishment hate Trump, and always have hated him. Trump, oddly, comes across as – almost – blameless: a Frankenstein’s Monster, cobbled together by a mad-scientist-Uncle-Sam from the corpses of dead ideas, and shocked to life by the electric hatred of the 37% of America who support him at all cost.

The story at the heart of Fire and Fury is a combination Shakespearean tragedy and Swiftian farce: a political cage fight between the hapless, the blind, and the stupid. At the center of this Little Shop of Horrors sits Donald Trump – an insatiable appetite screaming “Feed Me!”  Sure, we all know Trump’s crazy – we can see it every day in his own public statements. At its core, the book tells the story of the opportunists who have climbed aboard the crazy Trump train in the hope of driving it in a direction favorable to them.

Again – although Wolff is being portrayed as a predator by many in the Right-Wing press – he takes a considerably benign view of the motives of the people he skewers with their own words. All the people in the Trump White House, according to Wolff, were really trying to make this thing work somehow. They all believed a Trump presidency was actually possible. Ivanka and Jared come across as hapless rich kids trying to push their troglodyte father in the direction of some kind of Rockefeller Republicanism. Steve Bannon, the revolutionary out to blow up the system and recreate a white Utopia in the model of his 1950’s wet dreams.

But the real villains of the story are Paul Ryan and Mitch McConnell – who, through their surrogate in the White House, Reince Priebus – see Trump as the proverbial goose that laid the golden egg. We didn’t need a tell-all book to open our eyes to Donald Trump’s unfitness to be president – we all know it. Like Wolff says 100% of the people close to Trump know he’s unfit for the office he holds. Among the general population, the number is 65%. Ryan and McConnell know Trump is a menace, but they also know that he will sign anything they put in front of him. And if the world goes up in flames, it’s a small price to pay for an opportunity to shovel the nation’s wealth upwards and gut the social safety net.

In The Young King, Oscar Wilde’s protagonist asks a stranger, “Are not the rich and poor brothers? Aye,” says the stranger, “and the name of the rich brother is Cain.”

Don’t I know it, brother.