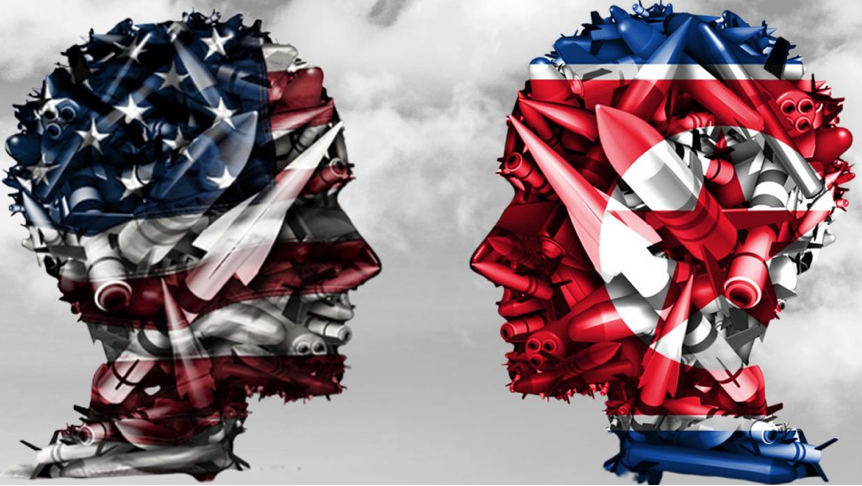 A WAR EVERY 20 YEARS--These were the words that did it, that knocked the composure out of me. I was standing at what felt like the heart of Chicago on a January afternoon, corner of Wabash and Wacker, next to the river and beneath the tower known as Trump. The crowd had swelled by this time to nearly a thousand.

I kept looking up at the letters. They were two stories high: TRUMP. Smugly in command of God knows what — the whole world? As their presence became ever more unbearable, the speaker’s words suddenly pulled me back into the present moment. They put the matter as simply as possible. They were what brought us all down here, clustered together in the bitter wind: THE PEOPLE DO NOT WANT WAR.

There was no “unless” attached to this statement. The raw simplicity tore me open. I burst into tears as the wind cut through me.

This was Jan. 4. It was one of 70 protests across the country the day after Trump ordered a drone strike that “took out” (as the media love to put it) Iranian Major Gen. Qassim Soleimani as he was leaving the Baghdad airport in a two-car convoy. Some dozen people were killed in total. It was, as the world grasped in stunned disbelief, an act of war.

And the mainstream analysis that has spun into motion since the drone strike has mostly been a strategic rolling of the eyeballs. Soleimani was a bad guy, but what did the president think he was accomplishing? A New York Times editorial, for instance, quoted Trump’s bellicose post-strike tweet, in which he warned Iran not to retaliate or the U.S. would start bombing the country’s revered cultural icons, then asked:

Why was Mr. Trump’s threat on Twitter even necessary? Wasn’t the death of General Soleimani supposed to have stopped the threats the president now claims America still faces? . . . Killing General Soleimani seems to have deterred and de-escalated nothing. Otherwise, why would the State Department have needed to advise all Americans to leave Iraq?

War is a complex game of strategy and tactics, politics and “interests,” but here’s what the analysts and commentators usually forget to acknowledge: War begins with a moral compromise of incalculable proportions. It requires participants to dehumanize a designated enemy and commit mayhem and murder. It requires them to set their conscience — their soul — aside and do what they’re told, in the name of strategy, tactics and victory. And war always creates consequences well beyond the imaginations of its planners.

For instance, Kathy Kelly of Voices for Creative Nonviolence, my friend and peace activist extraordinaire, who was one of the speakers at the rally, spoke of a boy she learned about when she was in Iraq in 2003, during the U.S. shock-and-awe bombing campaign. The boy not only lost the rest of his family in one of the bombing raids, he was so badly injured that a surgeon had to remove both of the boy’s arms at his shoulders. When the boy awoke from the surgery, so Kathy was later told, he was so bewildered he asked, “Will I always be this way?”

Kathy then threw the question out to the world, asking: “Will we always be this way?”

This puts the question of war in its appropriate context: the context of manmade hell. Whether it is justified or unjustified, necessary or unnecessary, war from the perspective of its victims is hell. And an indispensable part of the global war machine is public relations, glorifying and justifying the violence committed by one side and relegating evil only to the actions of the enemy.

Thus, even as the Times editorial board questioned the credibility and perhaps the sanity of the Trump administration’s act of war (and impeachment diversion tactic), it remembered to describe Soleimani as “one of the region’s most powerful and, yes, blood-soaked military commanders.” No doubt. But for some reason the Times forgot to acknowledge the blood on the hands of the country Trump represents: the millions of people it has killed, maimed and displaced, the eco-devastation it has unleashed, over the last two and a half centuries (or simply the last two decades).

So, I leave that to Brett Wilkins, who points out that “the U.S. has exponentially more blood on its hands than Iran,” noting that it has attacked or invaded no fewer than 22 countries since World War II. He writes:

“Perhaps this sanguinary legacy is why, in survey after international survey, the United States is perennially voted the world’s greatest threat to peace in most of the world’s nations. After Soleimani’s assassination, Trump boasted that ‘his bloody rampage is forever gone.’ If only the same were true of Trump. . . .”

And then there’s the racism of American militarism, so discreetly unnoticed by the mainstream media, which the late George Carlin blew open three decades ago, in the wake of the first Gulf War, in a standup routine on HBO called “Rockets and Penises in the Persian Gulf.” Rep. Ilhan Omar shared a clip on Twitter a few days ago.

Carlin laments the country’s vanishing jobs and increasing ineptness: “Can’t build a decent car . . . can’t educate our young people, can’t get health care to our old people, but we can bomb the shit out of your country all right! Huh? Especially if your country is full of brown people — oh we like that don’t we? That’s our hobby! That’s our new job in the world: bombing brown people. Iraq, Panama, Grenada, Libya, you got some brown people in your country, tell them to watch the fuck out or we’ll goddamn bomb them!”

And now, before I can even finish this column, the war has escalated. What will happen next is unknown. I cling to the essence of my revelation, that people do not want war. That is to say, they don’t want the moral compromise – the moral disconnect – of murdered or armless children present in their consciences. They don’t believe that victory is worth the price of hell.

At the rally, I felt a possible future emerging. Then the moment passed. I wiped the tears from my eyes. The people do not want war, but right now we have almost no say in the matter. A future without war will not be an easy birth. We must continue learning how to become a democracy.

(Robert Koehler is a Chicago award-winning journalist and editor. He is provided CityWatch by PeaceVoice.)